Spain’s representatives in this years ECL, Pak-I-Care of Badalona made light work of their Portuguese rivals Malo in their first group game this morning at the Cartama Oval.

Malo won the toss and elected to bat in what proved to be a disastrous decision. An opening assault by the twin strike bowlers of Muhammad Kamran and Muhammad Babar had Malo struggling at 7 for 7 after four overs. Both Kamran and Babar bowled their two overs back to back, and the Portuguese batsmen had no answer to the sheer pace of Kamran and the swing and guile of Babar.

An eighth wicket partnership by Shahzad and Ikram of 19 put some credibility to the score, but both players fell in consecutive overs. They were finally all out for 33 in just 7.4 overs.

In reply, Pak-I-Care were in no mood to mess up. They had half of the runs required by the end of the first over without losing any wickets. Ihsan went for nought on his second ball ,but that was the only breakthrough that Malo got. Pak-I-Care ended the game on 34 for 1, surpassing the Malo total on the second ball of the third over.

Pak-i-Care at the airport on their way to the ECL. 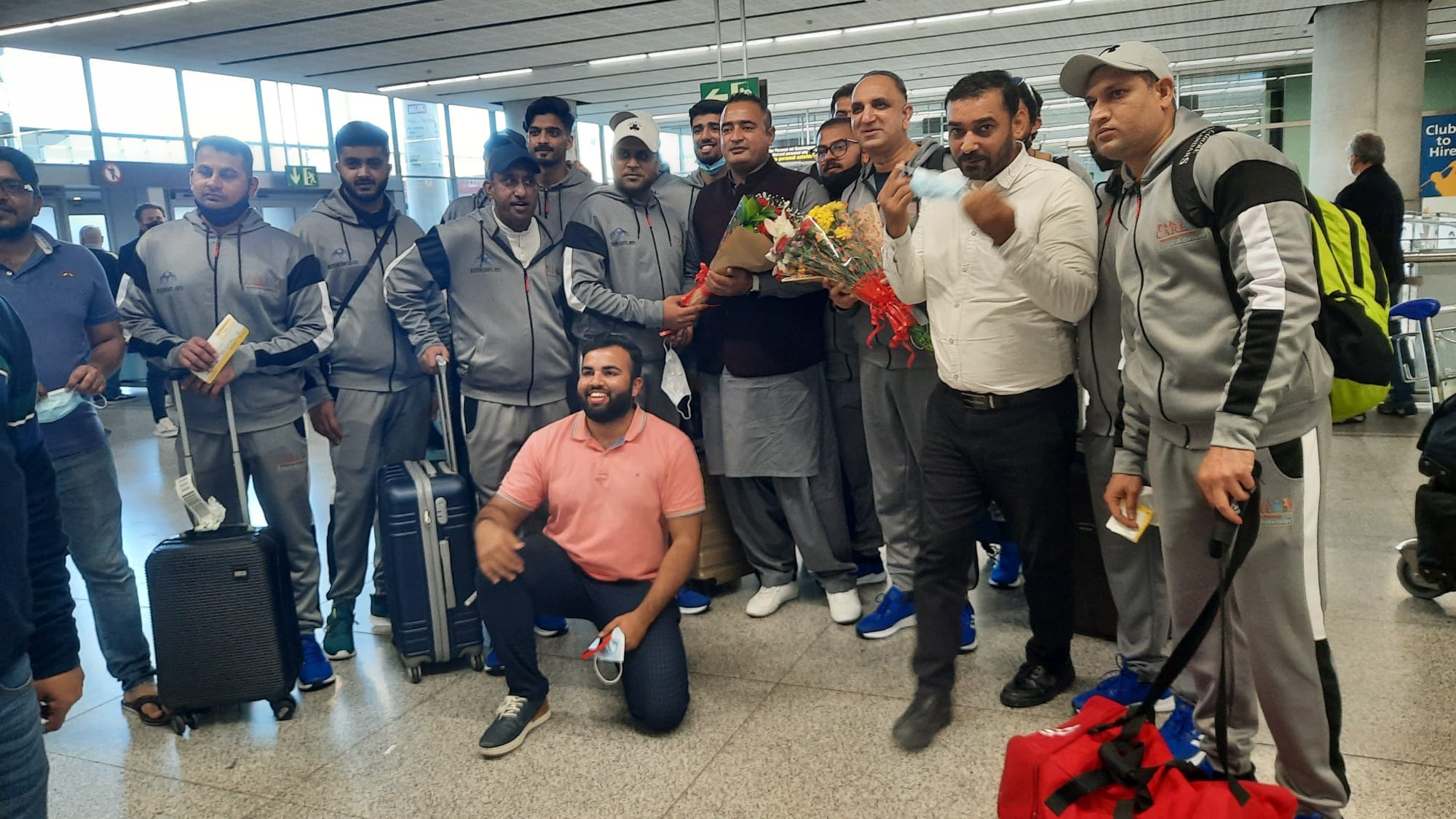 Kamran getting Asim Sawar caught at slip in the game against Malo of Portugal.

Player of the Match – Muhammad Babar 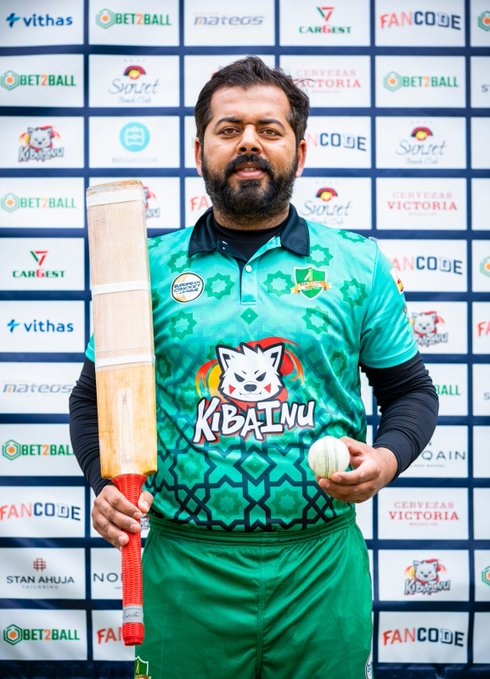