Last week Sporting Alfas hosted the very first inaugural Spanish T10 midweek league and it was the local team that ended up the winners of the five team tournament.

The whole event was live streamed throughout the world with a camera crew on site for all five days and every match can be watched in their entirety on you tube.

Unfortunately the two matches on day One between Pinatar Pirates and La Manga CC fell victim  to Storm Gloria as heavy rain fall and a waterlogged pitch deemed the ground unplayable.

Amazingly, the pitch had dried out for both games scheduled for the Tuesday to take place. In the 2pm game Sporting Alfas took the field against Madrid Cricket Club. Batting firsts the hosts scored 89 for 5 off their 10 overs. The principal players for Sporting were Faran Afzal (10 runs), Jack Perman (37 runs) and C. Munoz – Mills (26 runs).  In reply, Madrid looked on course to claim victory but an hat trick by Waqas Ashraf turned the game on its head as the visitors from the capital city were bowled out for a total of 83. Ashraf claimed the man of the match award for his final bowling figures of five wickets for just nine runs.

Madrid did end the day on a brighter note however, as they overcame the challenge of La Manga Cricket Club in a tight match, to register their first win in the tournament. Batting first Madrid scored 87 for 5 with Sumon Hussain top scoring with 35 runs. La Manga fell ten runs shy of the required target despite a fine knock from opener Adam Alger, who scored 43 runs off just 31 balls. 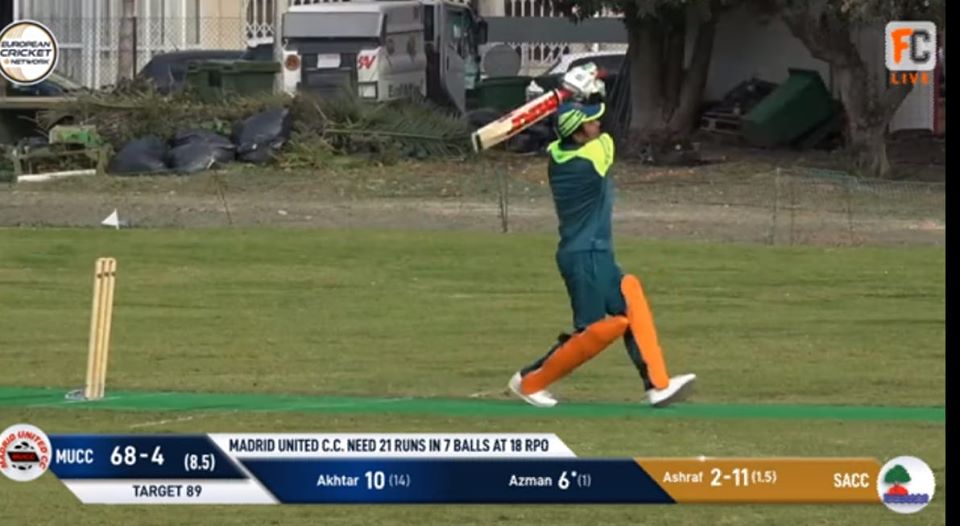 Wednesday saw the other team from Madrid, Madrid United enter the competition. They won both their opening two matches convincingly, against Madrid CC and Pinatar CC respectively. In the first match of the day Madrid United claimed the keys to the city by beating their arch rivals by nine wickets. Madrid posted 90 for 2 from their ten overs but some swashbuckling batting by Niazi (45 not out) and Ahsan Yaqoob (50 not out) gave United victory with three balls to spare.

United then doubled their points tally with victory over Pinatar Pirates. The team from the capital batted first and scored a total of 83 for 4. In response, the Pirates struggled throughout their innings, and finally ended on 71 for 6, twelve runs shy of their target.

Match day four was the turn of La Manga to play two games on the trot. First up they challenged the hosts Sporting Alfas and it was the visitors who struggled in the initial stages against the Alfas batting.  Skipper Faran Afzal  hit an excellent 68 in his sides total of 116 for 3.  Despite another substantial innings for La Manga by Adam Alger (42) it was Alfas who ran out convincing winners by 42 runs to remain unbeaten in the competition to date.

In game two on Thursday La Manga came up against the only other unbeaten team left in the competition Madrid United. The game would see one of the highlights of the competition, a fantastic unbeaten 105 off 36 balls by Adam Alger as he continued his rich vein of form that consequently gained him a recall into the Spanish national squad for the forthcoming international matches against Germany in March. La Manga finally ended up on 148 for 2 from their innings. Madrid United struggled to compete against such a strong total and fell to their first defeat in the competition by 55 runs.

The final day left the fate of Sporting Alfas winning the competition in their own hands. Win against Madrid United in the first game and the they would be crowned the champions. The hosts were buoyed by visits from the Mayor Vicente Arques, Sports director Oscar Perez, and other local dignitaries before the game. The Mayor was kind enough to do both sides the honour of tossing the coin at the start of play to see which team would have the choice of batting or bowling.

The visitors won the toss and elected to field. From their ten overs Alfas posted a score of 88 for 4. Jack Perman top scored with 39 whilst Kashif Rana took two wickets for just eight runs from his two overs. United, in their innings never really got into gear and the winning scoreline of just nine runs for Alfas made the contest seem a lot closer than it actually was.

Whilst the final match with Pinatar may have been academic for the winners from Alfas, it was important for their East Coast rivals. Victory would see them finish in second place, whilst a loss would leave them rooted at the bottom of the table.

Alfas were in no mood to be charitable and they claimed a clean sweep by beating their ECCL counterparts by nine wickets and 22 balls to spare. For the record Pinatar hit 71 for 4, and Alfas replied with their winning total of 72 for 1. 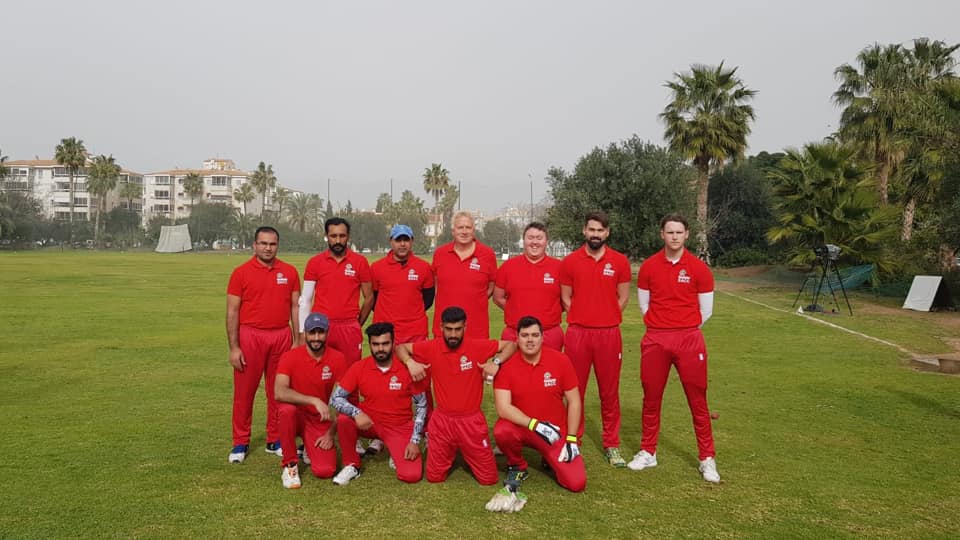 Link to the Matches ..