Sporting Alfas won the 14th annual Madrid annual charity tournament on home soil beating Madrid CC in the final. The four team competition played at the Woodbridge Oval over the Easter weekend was a resounding success and raised nearly 600 Euros in raffle tickets alone for refugees in Serbia and Lebanon.

The group stages took the format of a round robin between Madrid, Alfas, Phoenix CC from Louth, and the Army and Medical Services, who are also from the UK.

Good Friday kicked off early with the two visiting clubs from the UK playing each other. Phoenix scored 104 all out in their full 20 overs, but it was not enough, as the Army Medical Services came through with seven wickets and 23 balls to spare. 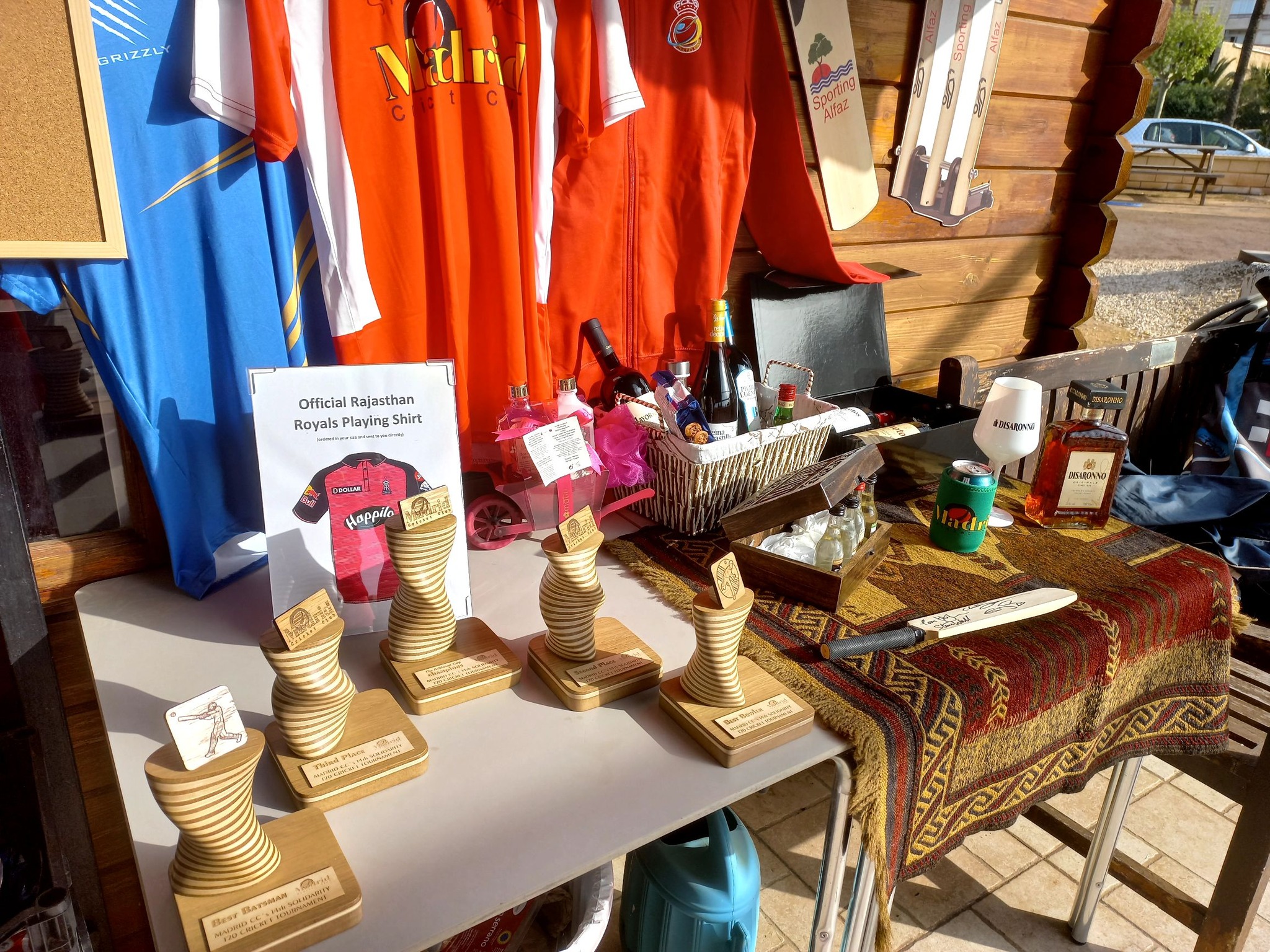 Phoenix had a chance to put points on the table in the next game but found the Spanish national captain Christian Munoz Mills in fine form for his club side Sporting Alfas, as the hosts posted 218 for five. Munoz Mills hit a single of the penultimate ball and ended the innings on 98 not out off just 44 balls. The Phoenix team score total ended on 91 for 8 to give Alfas a comprehensive victory over the Lincolnshire based team by 127 runs.

Madrid entered the competition in the final game in day one and made a winning start by beating the Army and Medical Services by 16 runs. Adam Alger, guesting for Madrid scored 50 not out as Madrid finished on 130 for six. James Bancroft took three wickets for Madrid as his team restricted the military men to 114 for five in their reply.

Day two started with a comfortable victory for Alfas over the Army and Medical Services, and then Madrid beat Phoenix to set up a match between the two local sides in the final game of Saturday.

With both teams unbeaten, something had to give, and it was the Alfas batting that misfired on this occasion. Set 130 for victory they were all out for 65 as they experimented with their batting line up, knowing that they were already assured a place in the final.

Easter Sunday started with the third v fourth play off and what a game it was. Ending in a tie after both teams scored 123 for 7 from their 20 overs, an OOPSE (one over per side eliminator) was required for the first time in the tournaments 14 year history. Unfortunately for Phoenix they only managed 3 runs and the Army and Medical services knocked that off on the first ball as Ben Ringrose dispatched a four to the boundary. 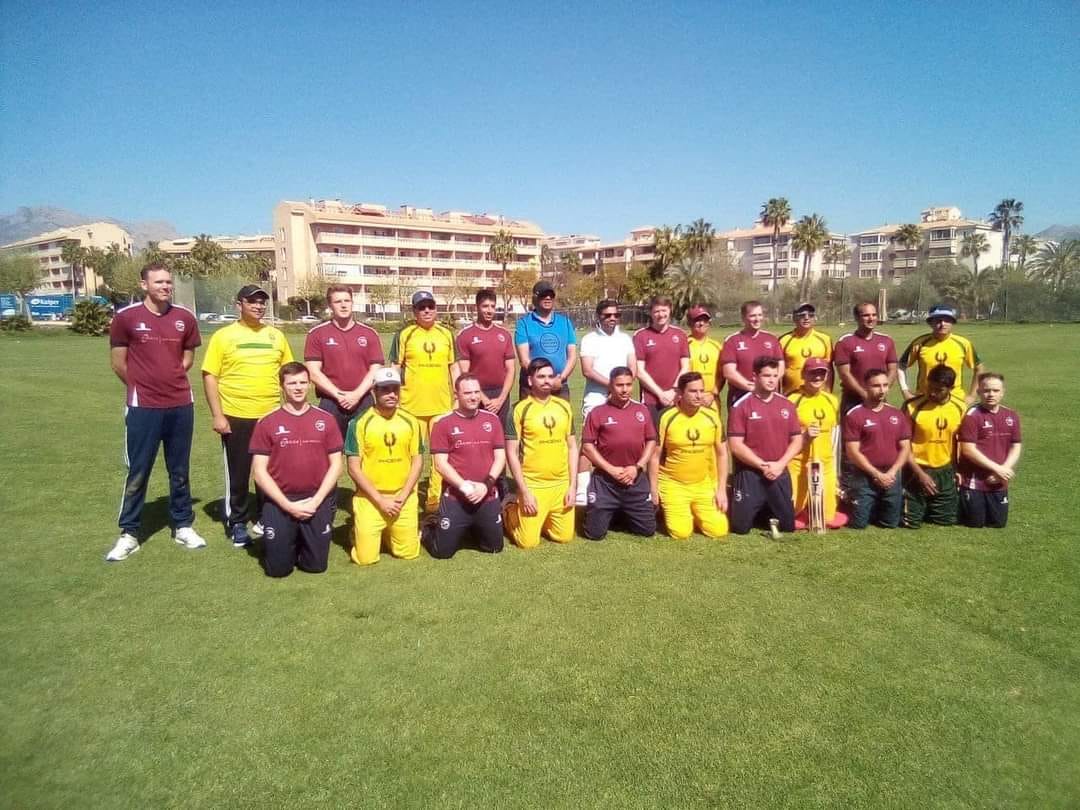 With Madrid reaching the final of their own competition for the very first time, there was already a feeling of accomplishment for the team from the capital. Unfortunately for Madrid they found an Alfas side in top form and it was the hosts that run out easy winners by five wickets.

The end of a very successful weekend, Jon Woodward took to social media to express his thanks to all involved…..

“Many thanks to Sporting Alfaz CC, Kevin Laundon, Phoenix CC, Zubair Ahmed The Army Medical Services, James Culley, The Madrid CC Invitational XI, Galileo Findlayson-Ble, Dan Walker, Victor Medina, James Van Croft, Adam Alger , Tommy Knowles, Connor Wood, Clinton, Estian, Elspeth, Paul Harvey, our officials and scorers Vincent O’Reilly, Mark Perman , Bill Bates, Ari, John Howden, and everyone else that took part, including Chip and Saran.
Although Madrid couldn’t repeat the win against Alfaz and win the final, we gave it a good go and came away with second place and had a great time in the process. (8 wins from 10 so far this season).
We’ll be back to Alfaz with another tournament next year on the weekend of the 14th April 2023″
Anyone interested in taking part in next years event can contact Jon at jonwoodward1975@gmail.com or woodward.jon@cricketspain.org 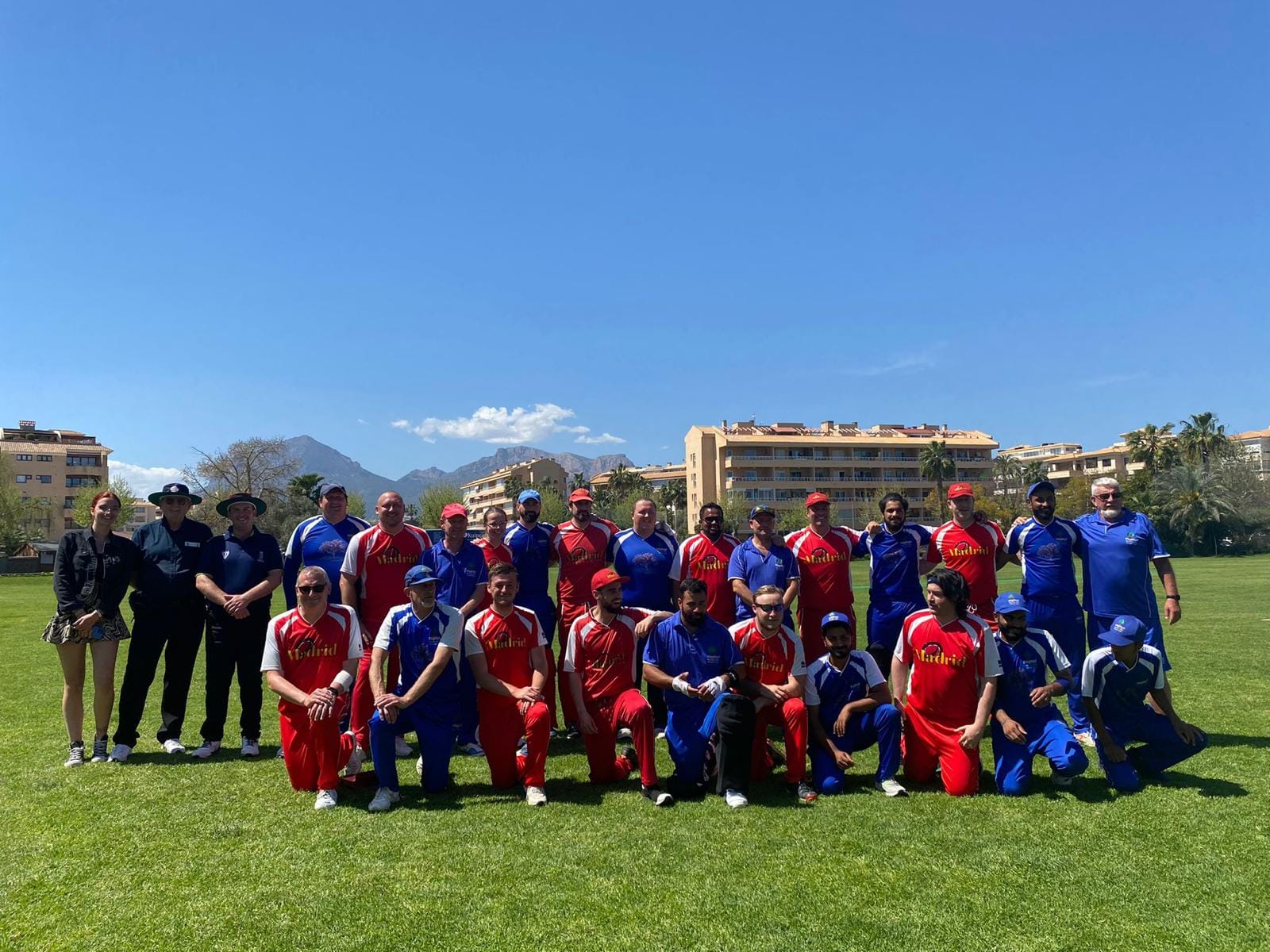