La Manga/Torrevieja travelled to Sporting Alfas looking to put last weeks two defeats against Levante behind them, and they did just that with two clinical victories over the hosts.

Batting first La Manga posted a total of over ten runs per over and surpassed the magical 200 mark by ending their innings on 202 for 3. Opener Adam Alger continued his rich vein of form by scoring 65, and another former Alfas player, Jack Perman, added 46 off only a handful of balls at the tail end of the innings. Faran Afzal, Waqar and Abdul took a wicket a piece for the home side.

In reply, Alfas struggled to get close to the required ten an over run rate and finally finished their innings on 123 for 8 with Faran Afzal top scoring when opening the batting with 33 runs. La Manga´s bowlers put in a real team effort in the field, with four of the six bowlers used taking at least one wicket. 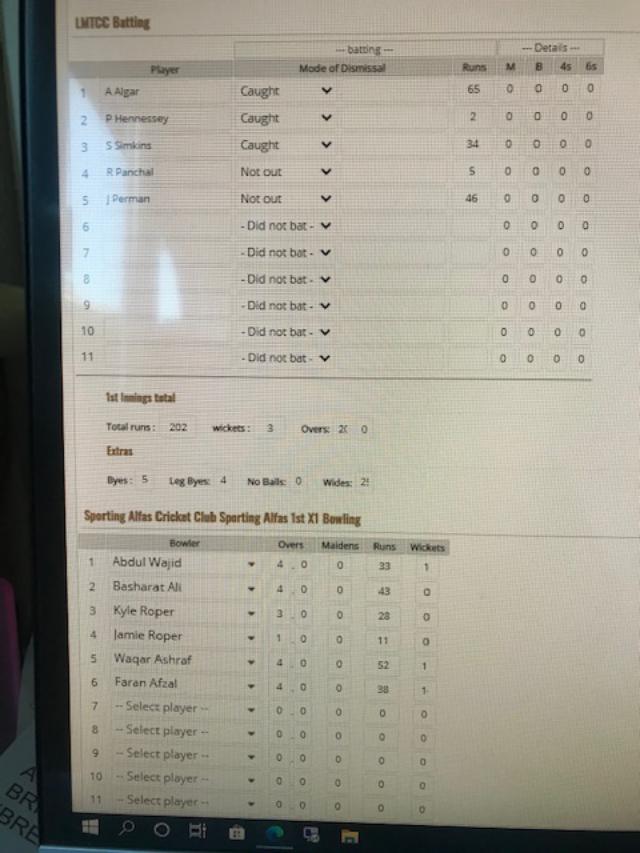 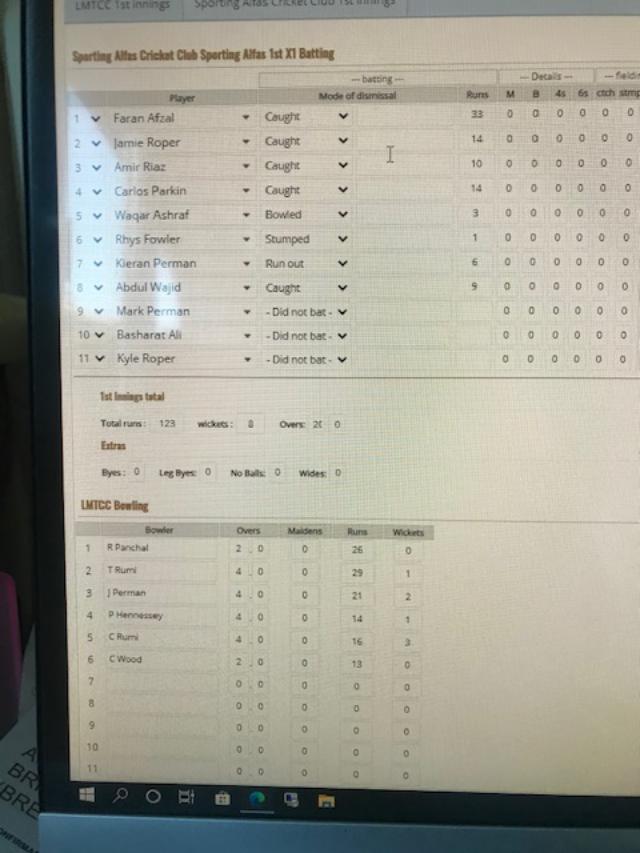