SPORTING ALFAS HAVE A NEW WICKET FOR 2023

Today, core members of Sporting Alfas Cricket Club took time out from their busy Sunday mornings to lay down a new wicket for the 2023 season.

Alfas bought the strip from Notts Sports at the same time as Granada CC and both were delivered to the Woodbridge Oval late last year. The Andalucia club picked up their strip and took it back to Andalucia when their participated in the Spanish National finals in November. 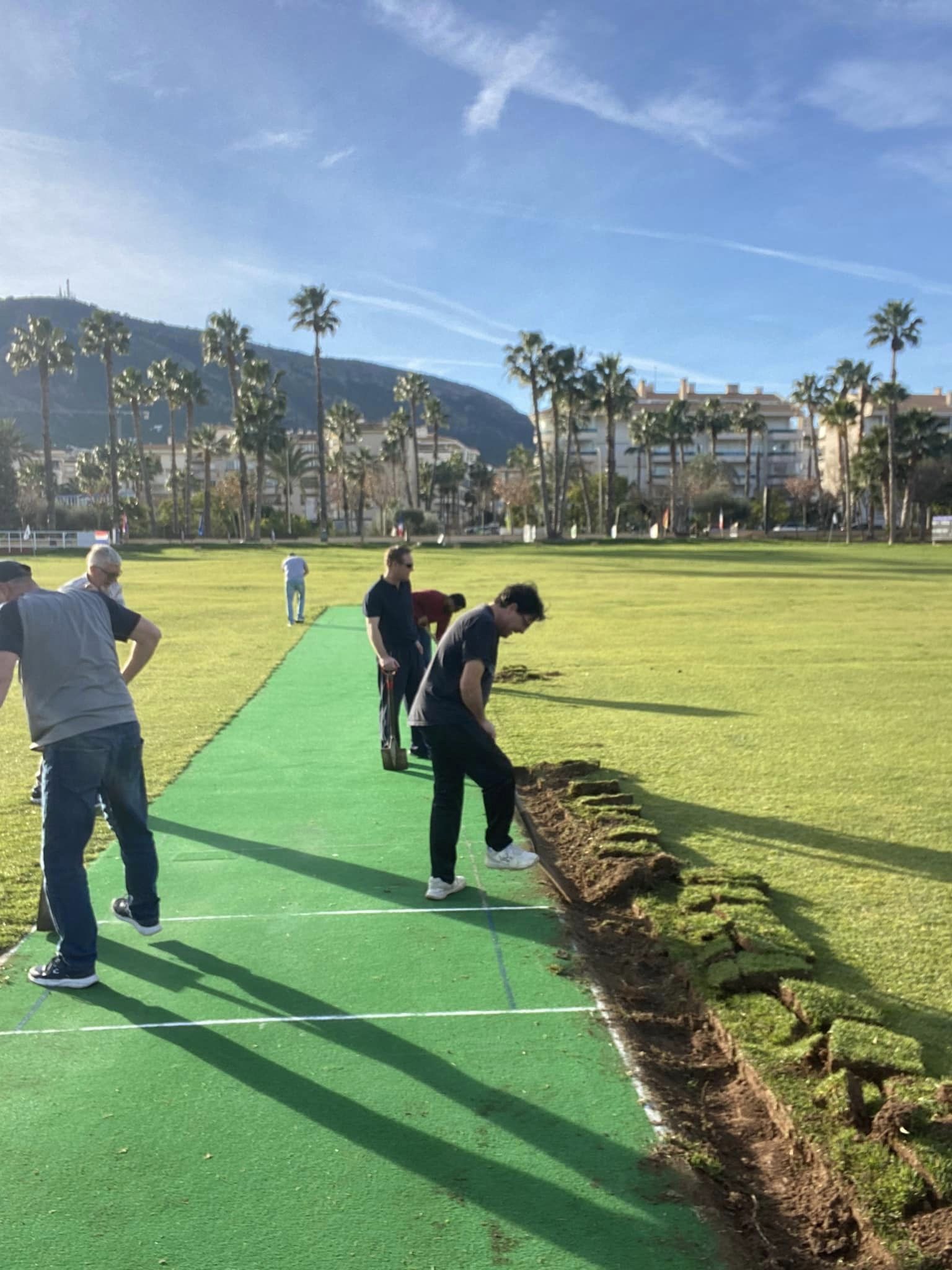 Alfas already have a full calendar for 2023 with one of the first visitors to play on tyhe new wicket being Barcelona Internationals. As well as the league fixtures and a Madrid Charity tournament that they will host, they can also look forward to visits from Munich CC of Germany, Lords Toads and Network Rail, as well as regular favourites like Ibiza CC, Nomads, Montenotte and Harpenden. 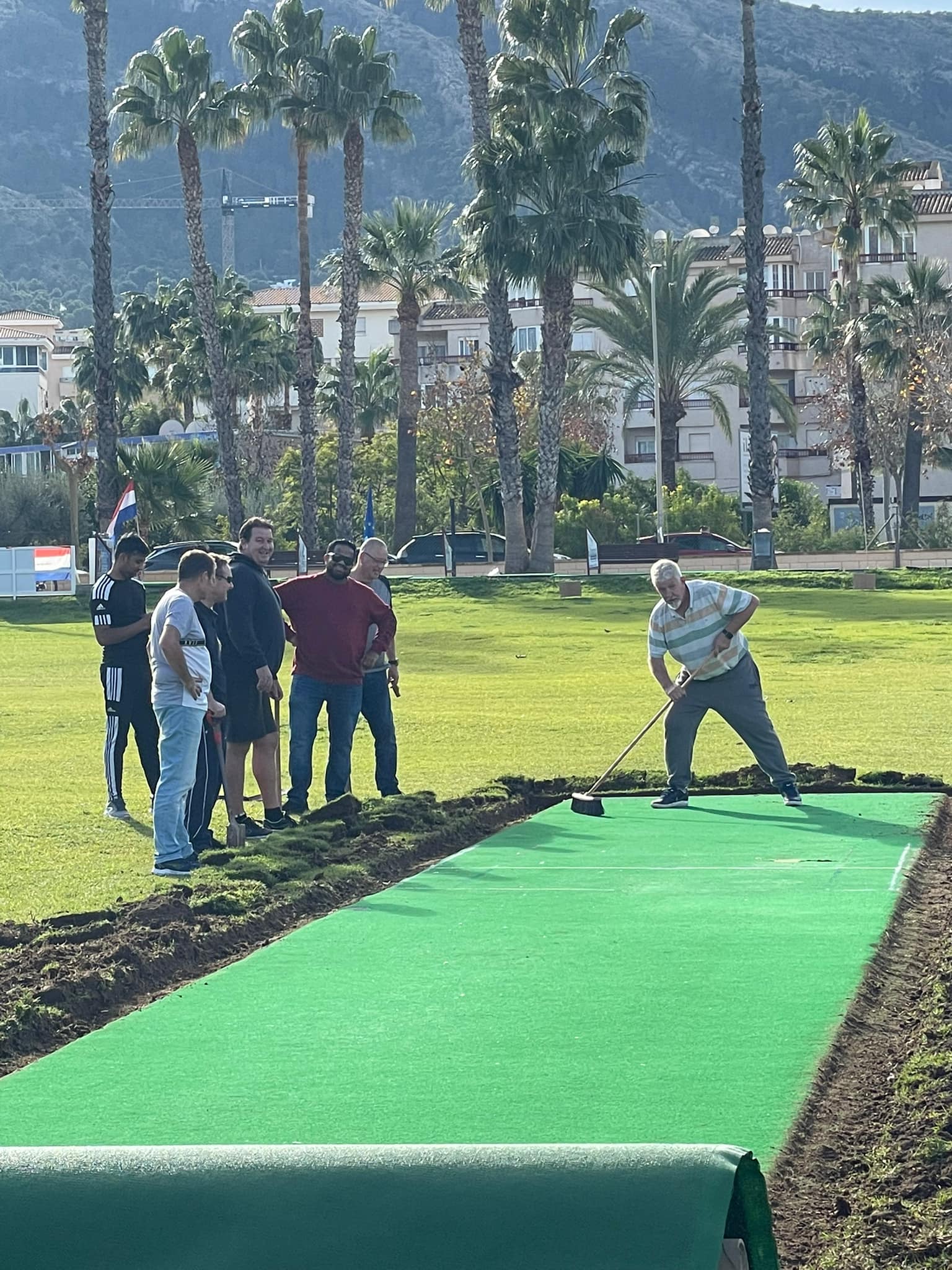 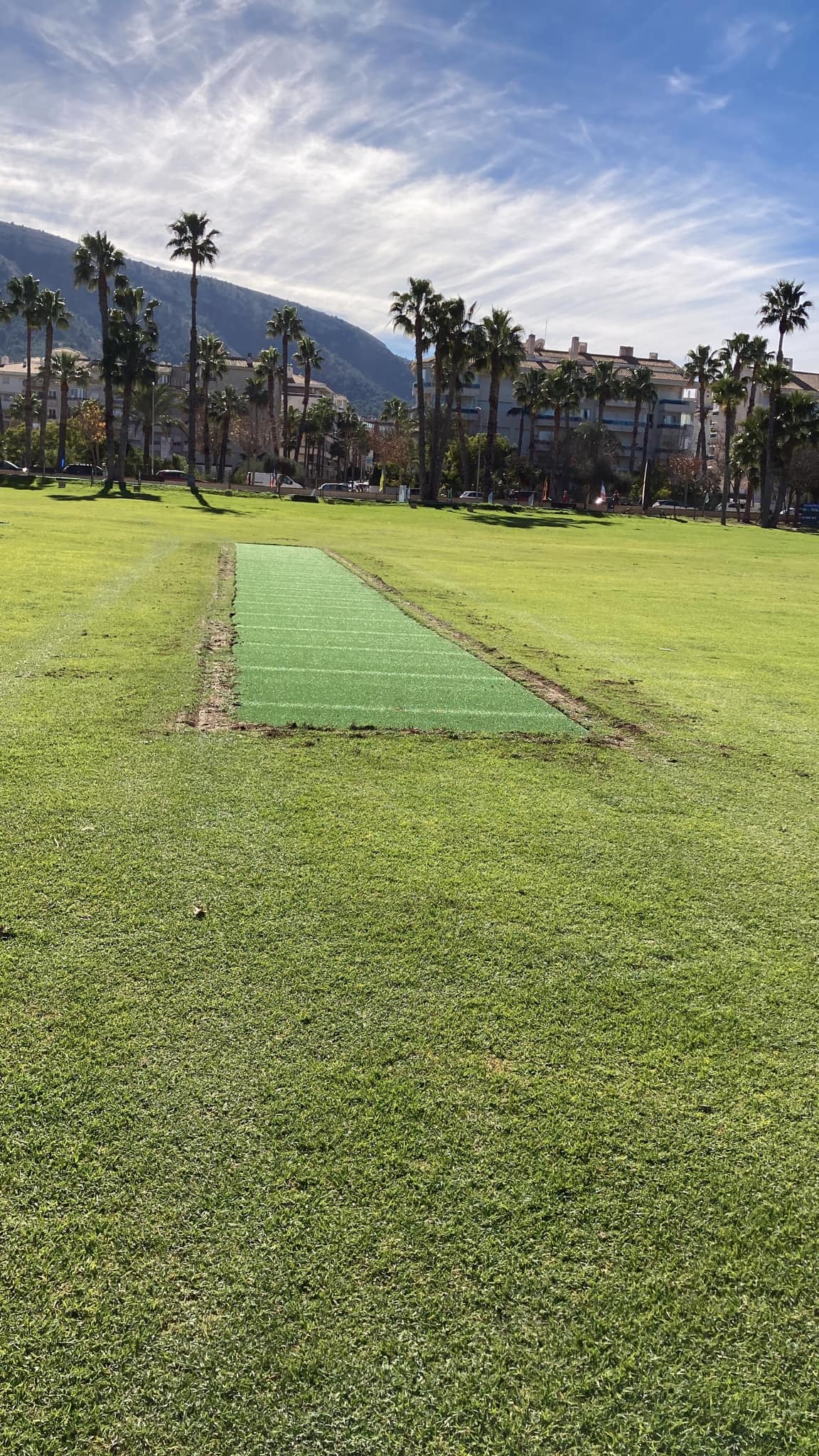