The Spanish National Women’s team touched down in Paris today and travelled to Dreux where they will play a quadrangular series starting tomorrow against France, Jersey and Guernsey.

The squad caught an early flight from Barcelona and arrived at the hotel a few hours later. Today they will visit the ground and have a net session before starting the tournament with a game against Austria.

On arriving in Paris,  Amy Carrera Brown received the news that she had been selected for Yorkshire Under 18’s for this coming season. The team also took time out from their busy schedule to send some videos to their supporters back home.

Here are a couple from Amy and Carla and profile pictures of the team.

Portrait Photos of the squad … 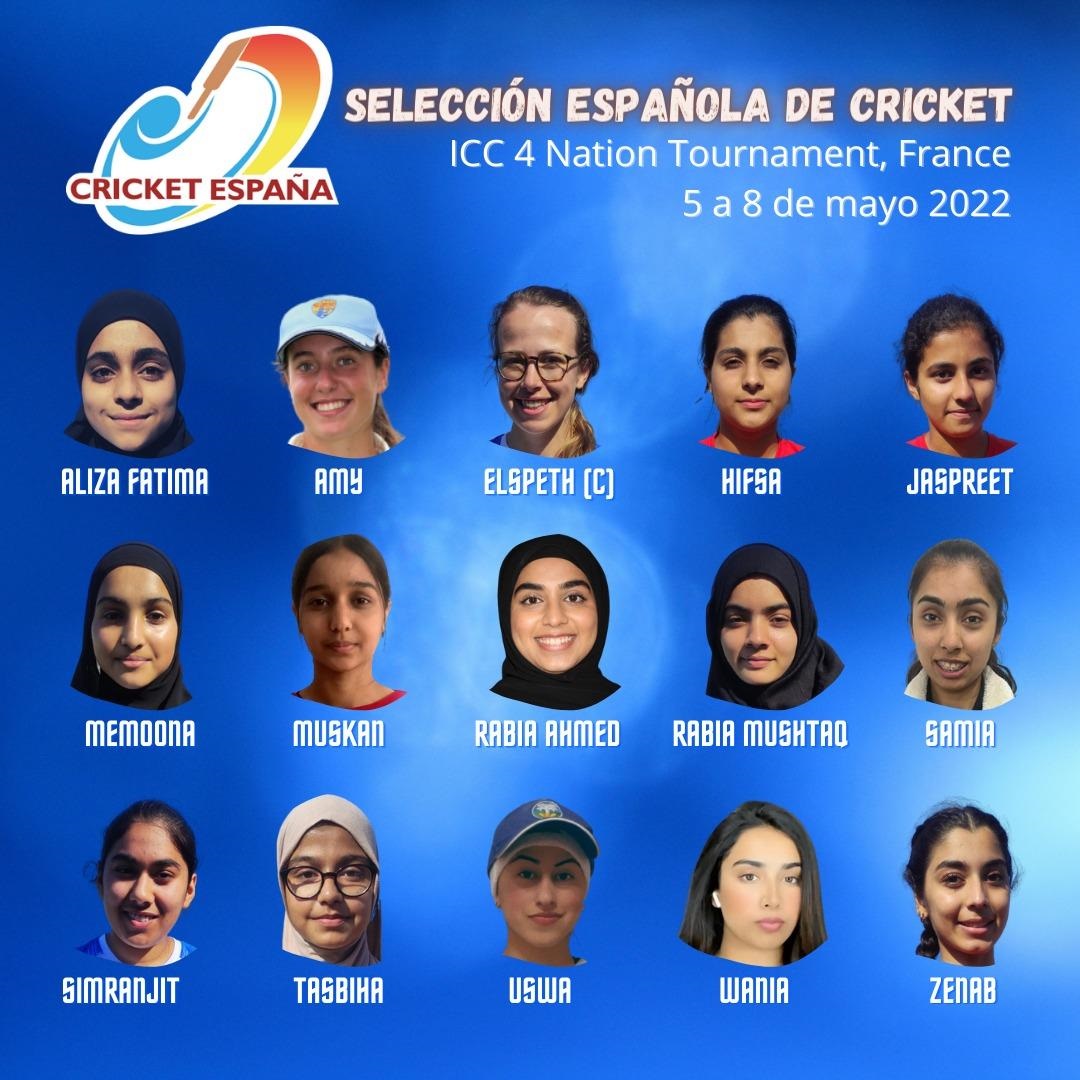