An experimental Spanish select side gave new coach Corey Rutgers a perfect start with a convincing win over an Austrian select XI in the MCC invitational series being held currently at Desert Springs.

Losing the toss Spain were put into bat on a crisp November day. South African born Daniel Doyle-Calle who has a Spanish passport because of his Spanish mother opened the batting with Awais Ahmed and the pair made great use of the power play to take the score to 57 for no loss after six overs.

The pair continued to score freely before Ahmed holed out in the deep to Iqbal Hossein off the bowling of Jaweed Sadran with the score on 111, and with Ahmed’s personal contribution 70. Doyle-Calle continued to punish the Austrian bowlers until the last ball off the nineteenth over when he was run out by a direct hit from the boundary by Simpson-Parker with the total showing 164.

Sandwiched in between the Ahmed and Doyle-Calle dismissals Yasir Ali had made six. Hamza Dar then made 18 off nine balls with a nice little cameo at the end to leave Spain on 174 for 3 at the interval break.

In reply, Austria struggled to 55 for 7 with over half their overs gone. Yasir Ali was more successful with the ball and took four wickets for 10 from his entitled allocation. A 48 run partnership between Aquib Iqbal (29 not out) and Jaweed Sadran (21) helped Austria reach three figures. Their innings ended with the visitors finishing on 117 for 8, giving Spàin a 57 run victory.

In the other game yesterday Austria beat MCC and todays matches were a wash out due to heavyb rain in the region. 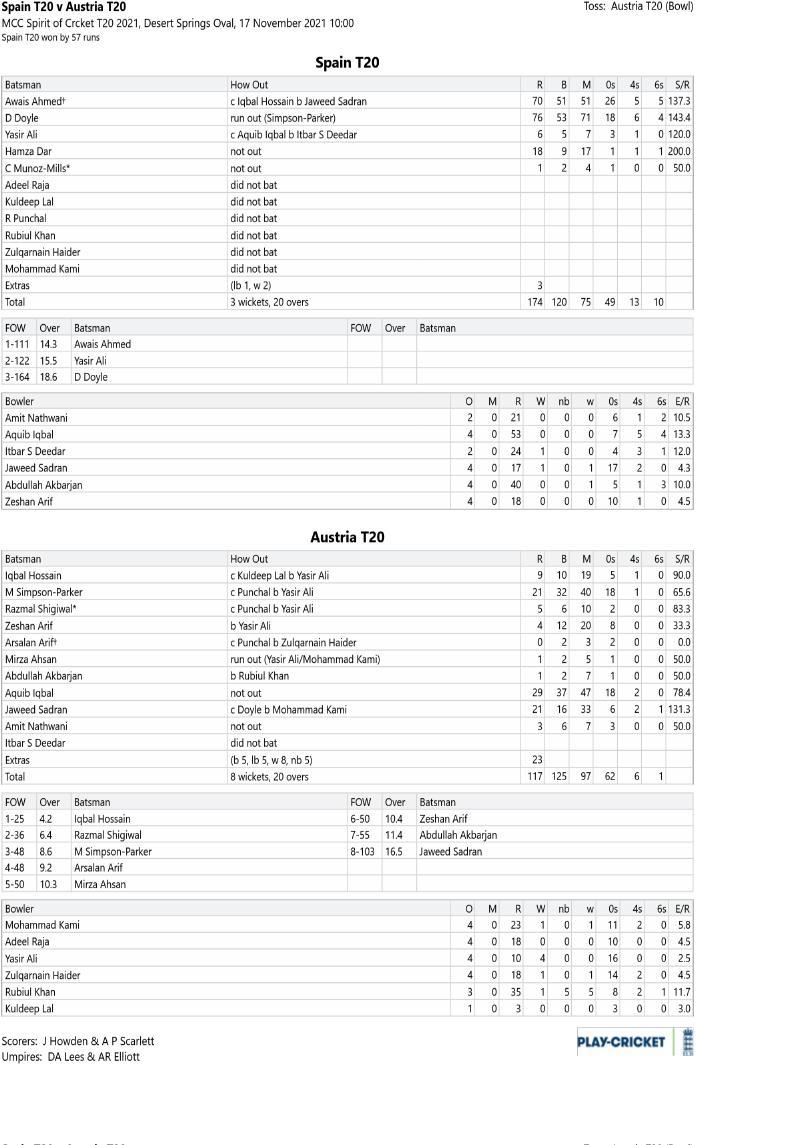 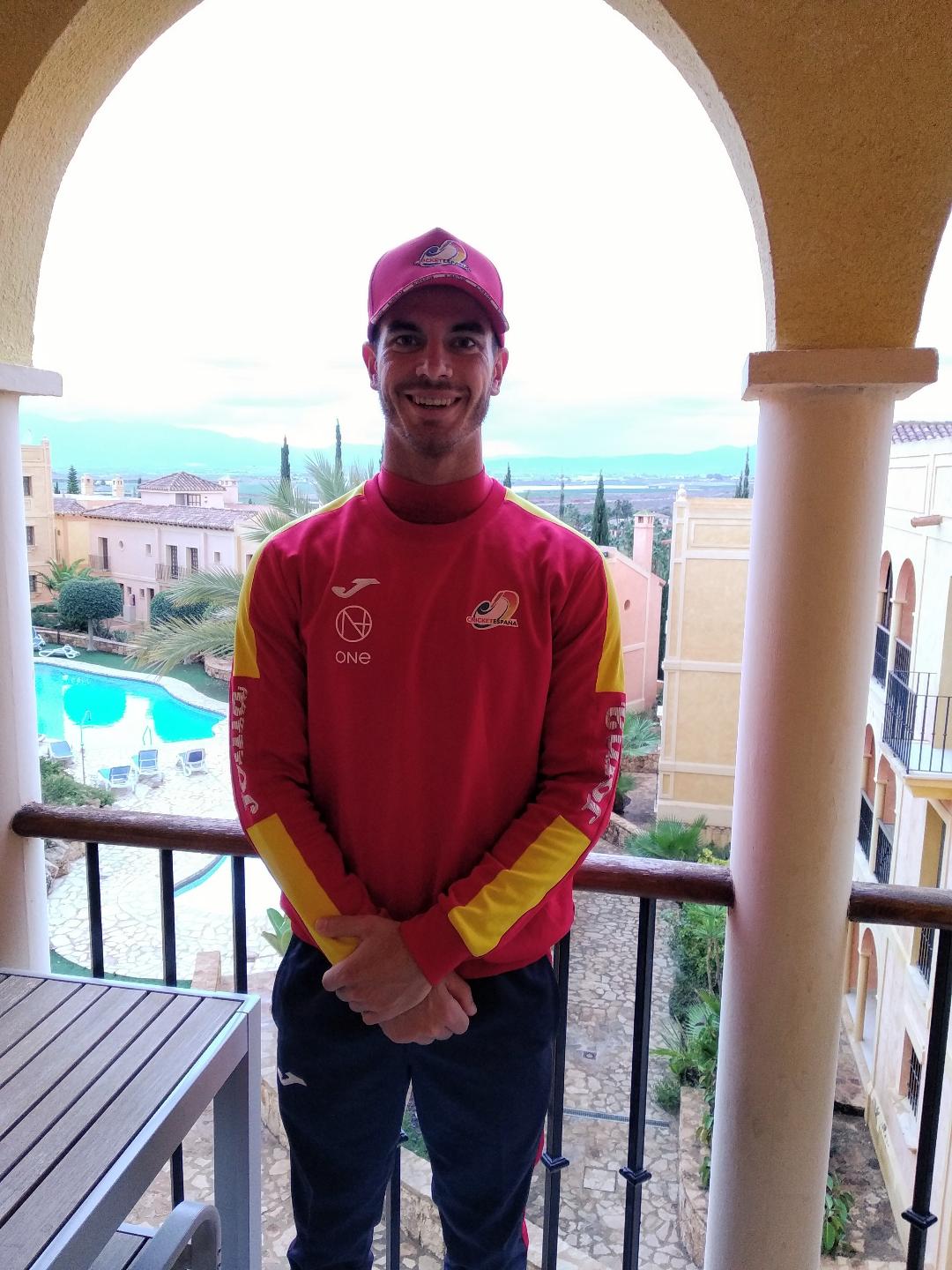 Debutant Daniel Doyle-Calle who made 76 off 53 balls.