Cricket España gave out a further six caps to past Internationals on the recent Spanish National Finals Day at the Woodbridge Oval, the home ground of Sporting Alfas.

All six players have a past or present association with the Albir based club, so it was a fitting venue for the presentation, which was conducted by the quesada concejal de deportes (sports councillor) for Alfas del Pi, Oscar Perez. 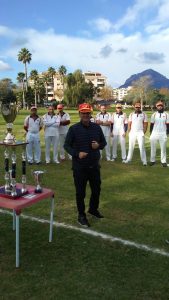 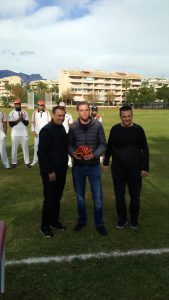 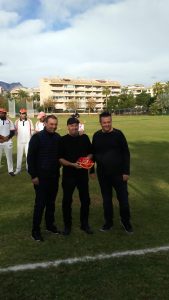 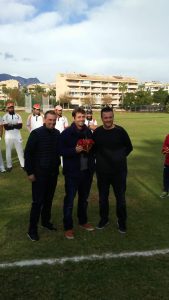 Juan Carlos and David made their debut for Spain nineteen years ago in the 2000 ICC  tournament that Spain hosted in Javea, the first recognised ICC event that Spain participated in. Juan Carlos is still actively involved in cricket as the President of Cricket España whilst David is still a visitor to the cricket ground when time permits due to work commitments.

Ben Fletcher, Sam Lupson and Graeme Ward also put on their whites from time to time for Alfas, whilst Kieran Perman is very much an integral part of the current squad.

A massive thank you to all six players for their commitment and efforts in promoting cricket in Spain. Cricket España have caps for all players who have played in ICC tournaments since the year 2000 and would like to ensure everyone who has played for their country receive them in the near future. 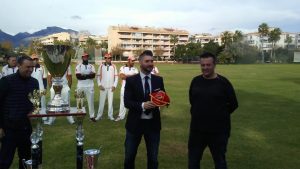 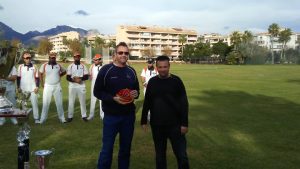 For further information contact Cricket España direct, and to check your cap number please click on the associated article below ….

SPANISH PLAYERS AND THEIR CAP NUMBERS