SPAIN TO PLAY T20I TRI-SERIES WITH ITALY AND GERMANY

The Spanish Men’s National team end their 2022 campaign with a T20I rankings event at Desert Springs against Italy and Germany. The team come into the series off the back of an excellent showing at the recent European Cricket Championship T10 tournament at the Cartama Oval.

A third placed finish and victories in the competition over oppposition such as Ireland, England, Scotland and the Netherlands showed how much progress is being made and head coach Corey Rutgers had this to say when asked to sum up this year.

“Firstly a big thank you to Cricket Germany and Cricket Italy for agreeing to come for this International Tri-Series at Desert Springs.

It’s been an action packed 2022 for Cricket España. We have really enjoyed playing in multiple tournaments and growing our playing squad internationally. Three more debutants will come for our final series, mixed with some well established senior players as well as relative newcomers to the team.

The three debutants that Rutgers alluded to in the Spanish line-up are Muhammad Yasin and Prince Dhiman who featured regularly in the recent T10 competition, and Muhammad Yasin who has played first class cricket in Pakistan.

The tournament runs from the 4th November to the 6th of November at the Almeria resort with Spain in action on the 5th and 6th. All of the matches will be livestreamed by the European cricket network. 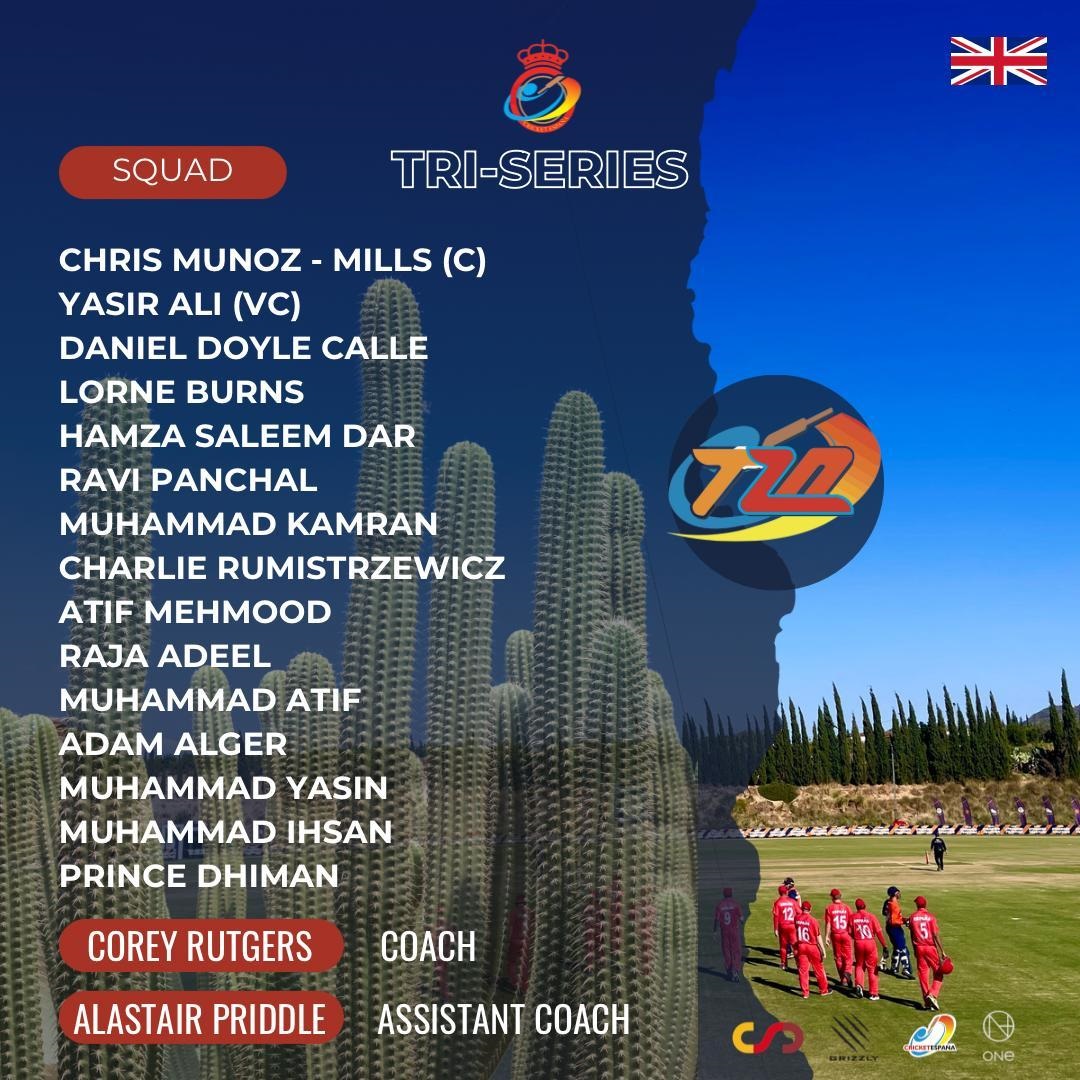