Spain climbed to 36 in the World rankings after winning the Grizzly Sports Tri Series at Desert Springs last weekend.  Ranked at 39 before the tournament Spain managed three wins from four, with two victories over Norway and one over Guernsey.

The Channel islanders gained revenge over Spain in Match 5 of the six match event. Guernsey and Norway won one game apiece to give Guernsey the runners up place, with Norway finishing in the bronze position.

Game One on Friday evening saw Norway bat first and post a score of 137 for seven from their twenty overs. Guernsey lost the same amount of wickets but could only score 100 runs from their allocated overs, so fell 37 runs shy of the required total.

Spain entered the competition early Saturday morning with a contest against Norway. The hosts batted first and secured a competitive total of 129 for 5. A third wicket partnership of 80 between Yasir Ali (44) and Josh Trembeath (39) was the cornerstone of the innings. The visitors response was spirited, but they could  only muster 79 runs for the loss of nine wickets from their 120 balls. Debutant Lorne Burns took a couple of wickets but it was Yasir Ali who had the best figures for Spain, bagging two wickets for just twelve runs to make him the worthy man of the match. 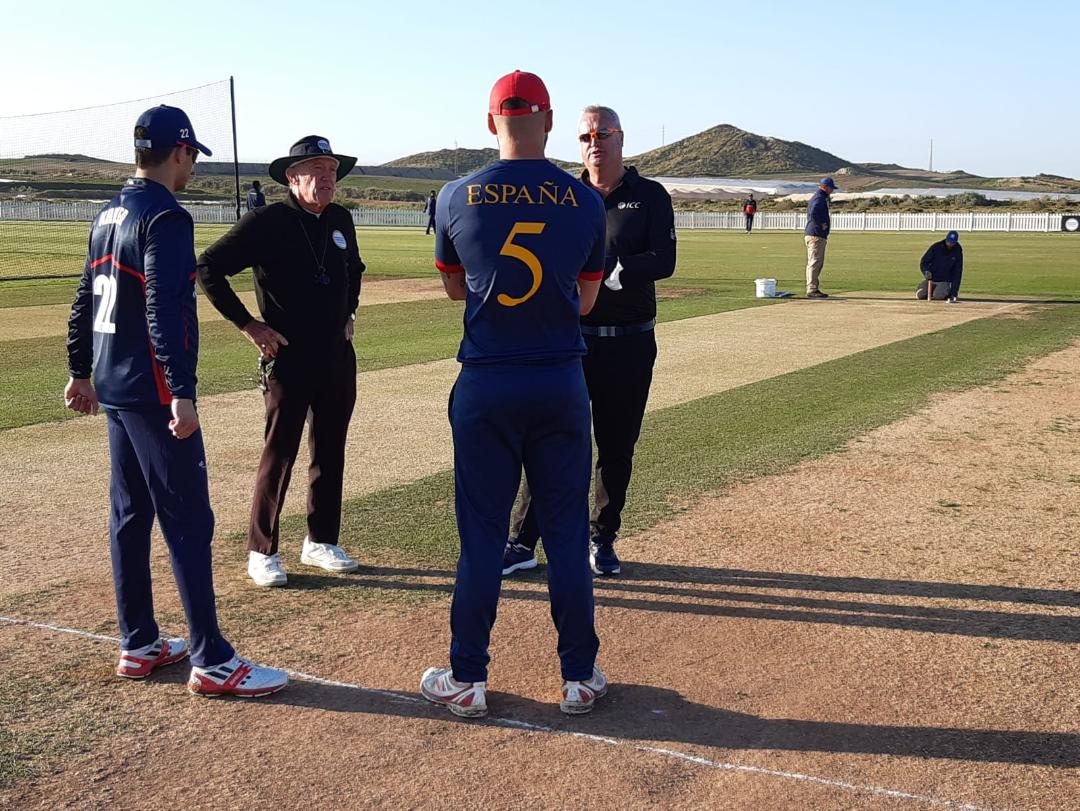 Match 3 on Saturday went the way of Guernsey, who reversed the Friday result against their Nordic rivals. Norway batted first and scored 120 for 7, but Guernsey surpassed that score in the 18th over to win their first game of the series.

The final match on Saturday saw Spain make it two from two. Guernsey were scuttled out for just 78 in 18 overs. Lorne Burns, who took over the captaincy from the injured Christian Mills took five wickets for just 11 runs as the Guernsey batsmen could find no answer to his leg spin. Spain’s reply was professional, reaching the required target in the 13th over with the loss of just two wickets. Opener Awais Ahmed blasted 42 runs off just 29 balls to give the Spanish net run rate a healthy look going into the final day.

On Sunday Guernsey and Spain was the first game of the day. The Guernsey team played their best cricket of the tournament and easily beat the hosts by 8 wickets. The below par score of 107 all out from Spain was overtaken in the 18th over. 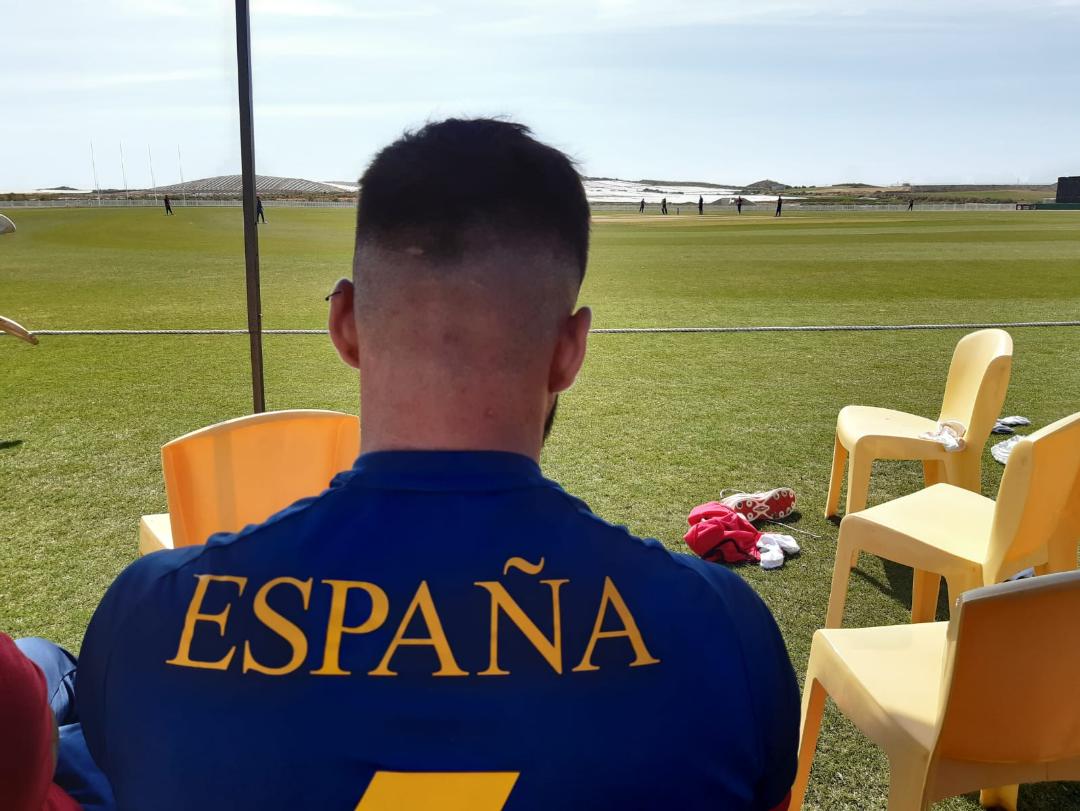 Going into Match 6 all three teams were in with a chance of winning the Grizzly Tri series Trophy. Spain were in no mood to hand the inuaguaral trophy to the two visiting teams and put in a competant performance to defeat Norway by 41 runs. The 125 scored by Spain proved too much for the Norwegians, who were finally all out for 84 runs.

A presentation ceremony took place immediately after the last match when Spain presented plaques to their two opponents. Lorne Burns was named Man of the Series by the ECN crew and messages of thanks were given to all concerned by match commentator Vinny Sandhu. 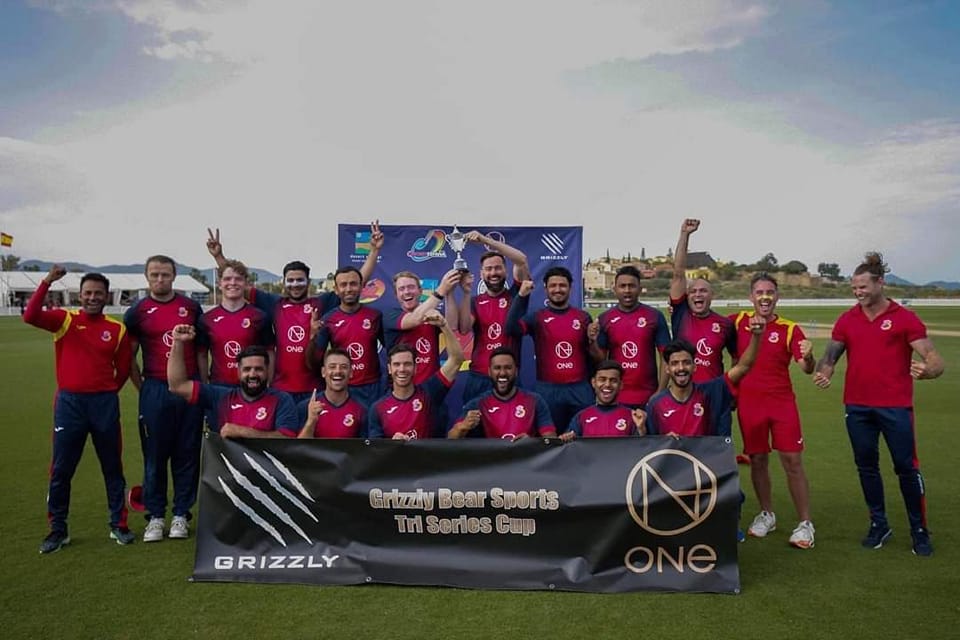