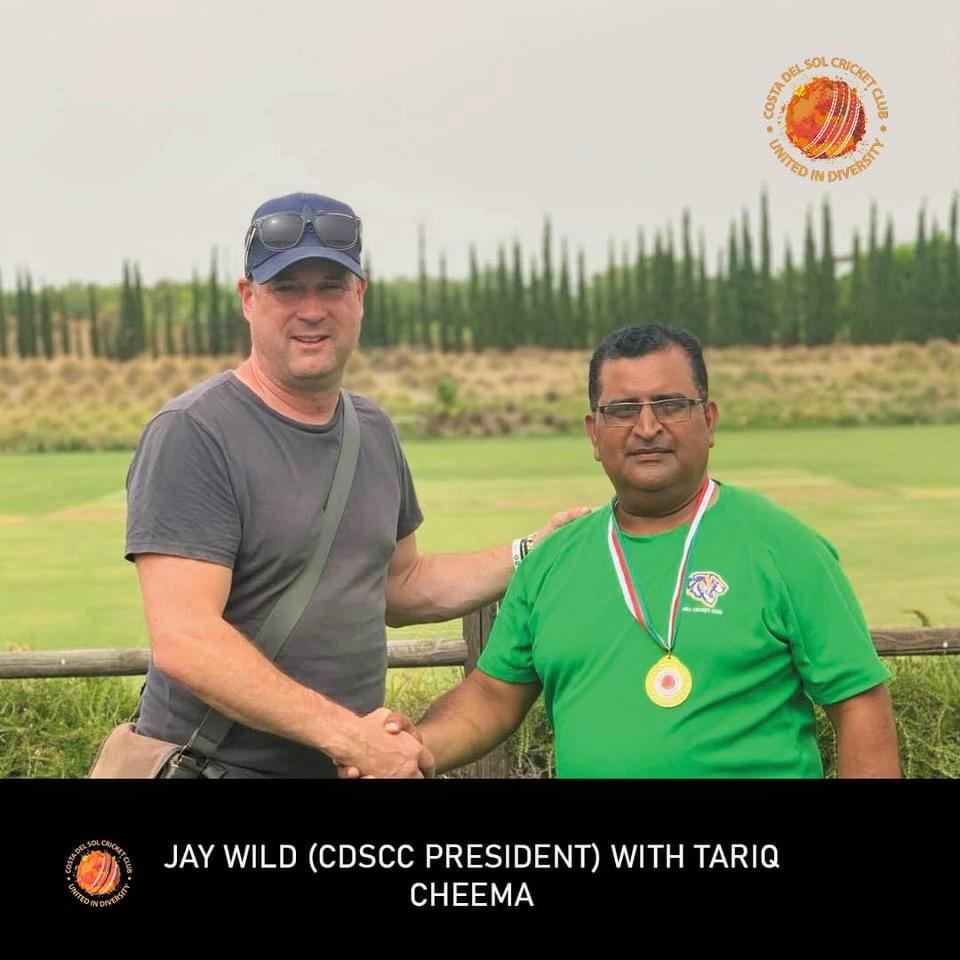 The game started with Malaga CC winning the toss for a second time and choosing to bat. The aim to lead the challenge as before with a similar batting attack that would try and get good runs on the board during the 6 overs of power play.

As previously, Malaga CC got off to a solid start despite Granada CC taking a different tactic into game two opting to open the bowling with two slower paced bowlers to try and take the steam out of the Malaga CC batting attack.

Things didn’t go exactly to plan as Adrian Riley created one chance after another from his off-break bowling for his team mates in the field, who since lunch and the heat of the day at a climax, were simply refusing to play ball alongside his own effort.

It was hard to keep track of just how many opportunities were created to a deep mid-wicket and cow corner set field but it was in double numbers by the time Adrian had finished his spell.

Malaga of course made the most of all the squandered chances and built a convincing run rate well beyond the power play with Malaga able to amass 270 runs from their 20 overs – a feet which must have weighed heavily in the minds of the Granada side now looking battle sore and somewhat jaded from their time out in the field. 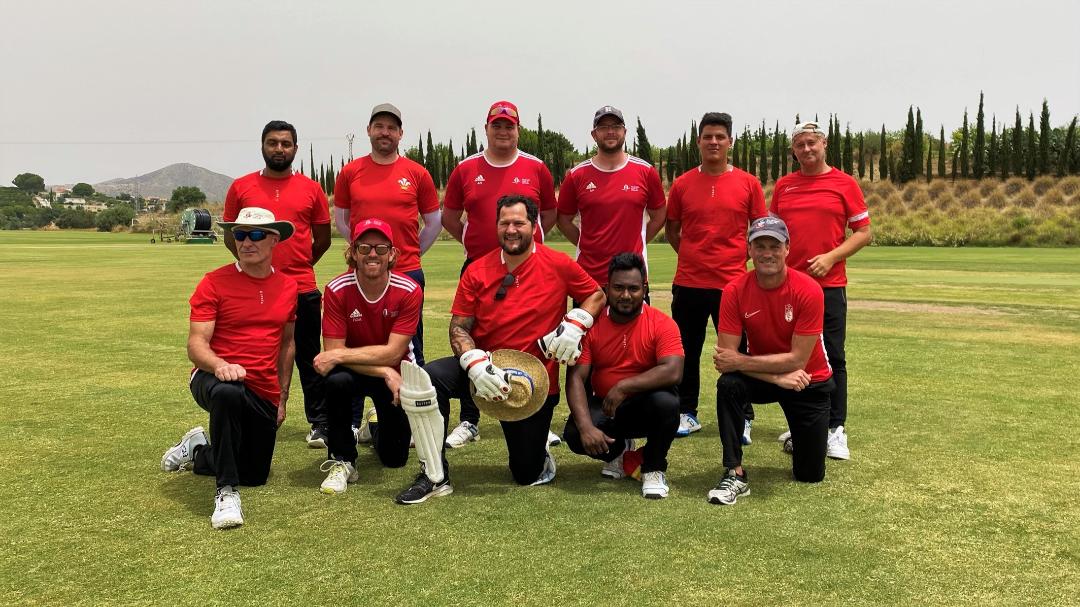 Despite the task, Granada CC batted well and made a determined effort to keep up as close to the run rate in the early exchanges with some more delightful shots from Brett Ross and later Jose Antonio Quitian, the charismatic Aussie shot maker who contributed with 49 runs.

But some tight bowling soon tipped the scales beyond reach for Granada who eventually succumb to a credible 191-6 from their 20 overs, the difference being made up with Malaga taking the large majority of all their chances, something Granada just wasn’t able to match.

all taking two wickets a piece.

Next Sunday sees the final week of fixtures to be played out in this T20 Southern League between Granada CC who will be looking to bolster their standings although they will be coming up against the undefeated Costa Vikings so a stern test waits them – the action beings in Cartama at 10am. 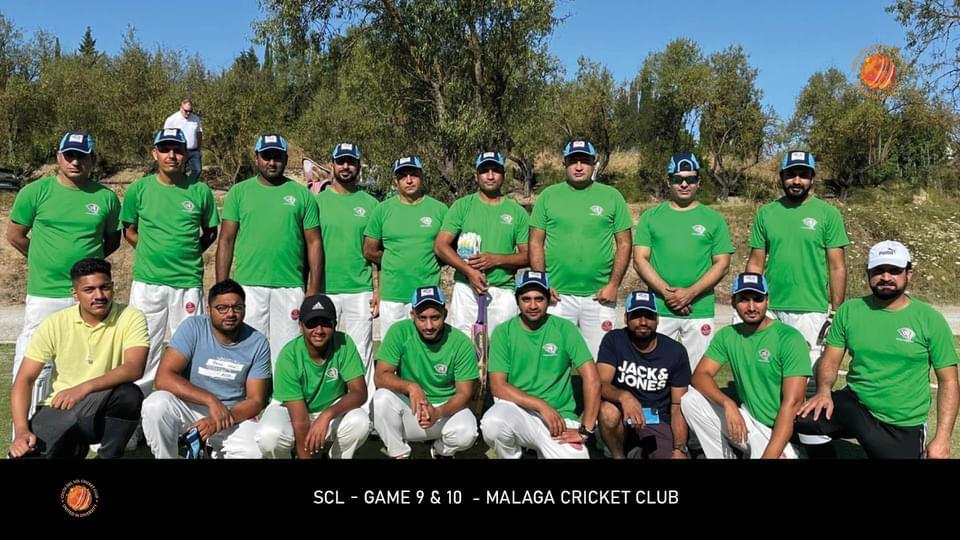