Written by I. Higgins

After the lunch break Vikings skipper Ric Hatchman won the toss and chose to bat, putting Malaga CC back out in the sun to field.

Malaga CC got off to a good start with Waqas Ahmed getting Marc Gouws with the second delivery of the game and striking again in his fourth over to remove Lorne Burns.

Louis Bruce in at 4 steadied the ship and with Sameer Nayak at the other end the pair made light work of the bowling attack regularly finding the gaps and the ropes and kept the scoreboard ticking along nicely. 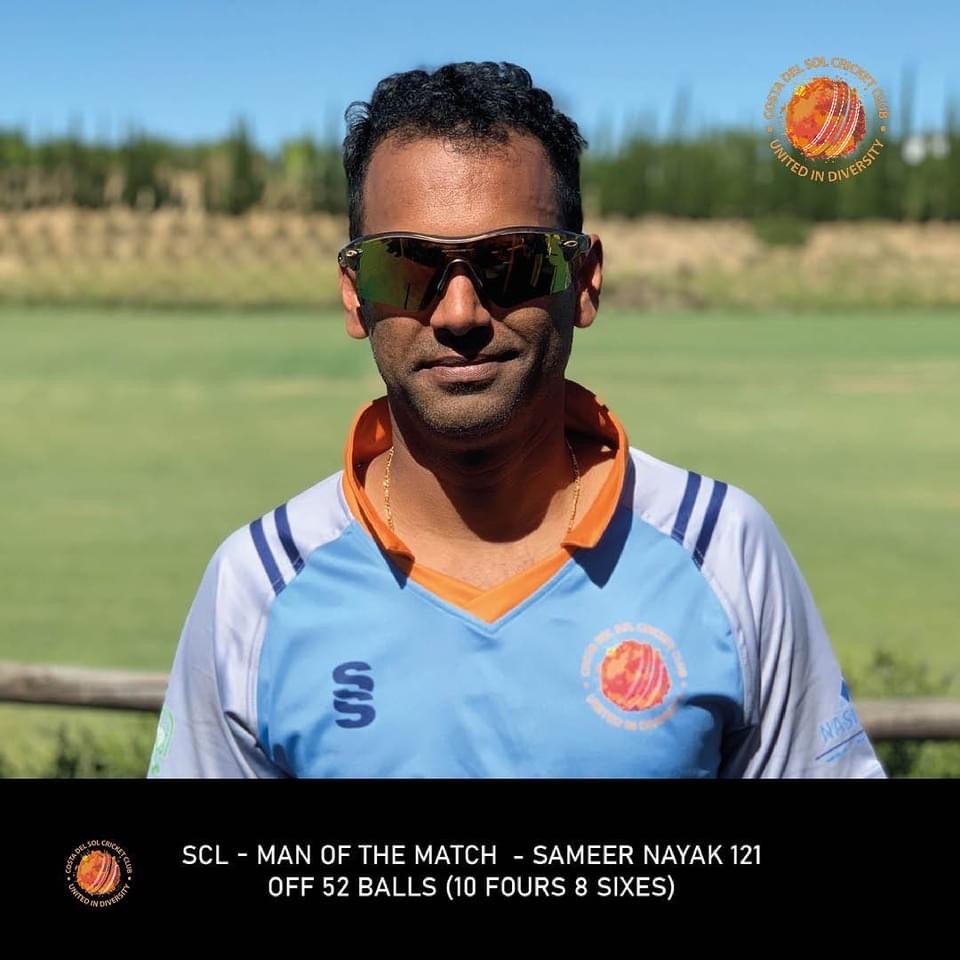 Malaga CC struck again in the 12th over, Louis getting caught in the deep by Awais A off the bowling of Muhammad S for a well fought 29.

Kenroy Nestor picked up where Louis had left off and played a supporting role to Sameer, running quickly, rotating the strike and weighing in with a couple of six’s of his own. Meanwhile at the other end Sameer launched his attack. They struck at around 15 an over for the last 6 or 7 bringing the Vikings total to 199 for 3.

On the changeover it was the in-form Nadeem and Awais A who opened up the batting for Malaga, but with Marc Gouws bowling such a tight line and Maanav finding his length at the other end the pressure was on from the off.

Maanav was again tempting the batsman down the track as Phil Flaxman whipped off the bails bagging the first dismissal of the innings. Awais A, gone for 3. The opening bowlers did well to restrict Malaga CC to 43 for 1 during the 6 over power play.

The change of bowling brought another wicket Nadeem (29) mistimed a drive that went straight to Marc Gouws at long on, with Burn’s first ball. Paul Edgeller and Burns bowled tight lines and runs were hard to come by, the latter talking the wicket of left hander Afzal in his fourth over with a repeat of his previous wicket with a catch from the safe hands of Marc Gouws at long on.

By the time they had finished their spells the required run rate was up at 16 per over with 5 overs to go. 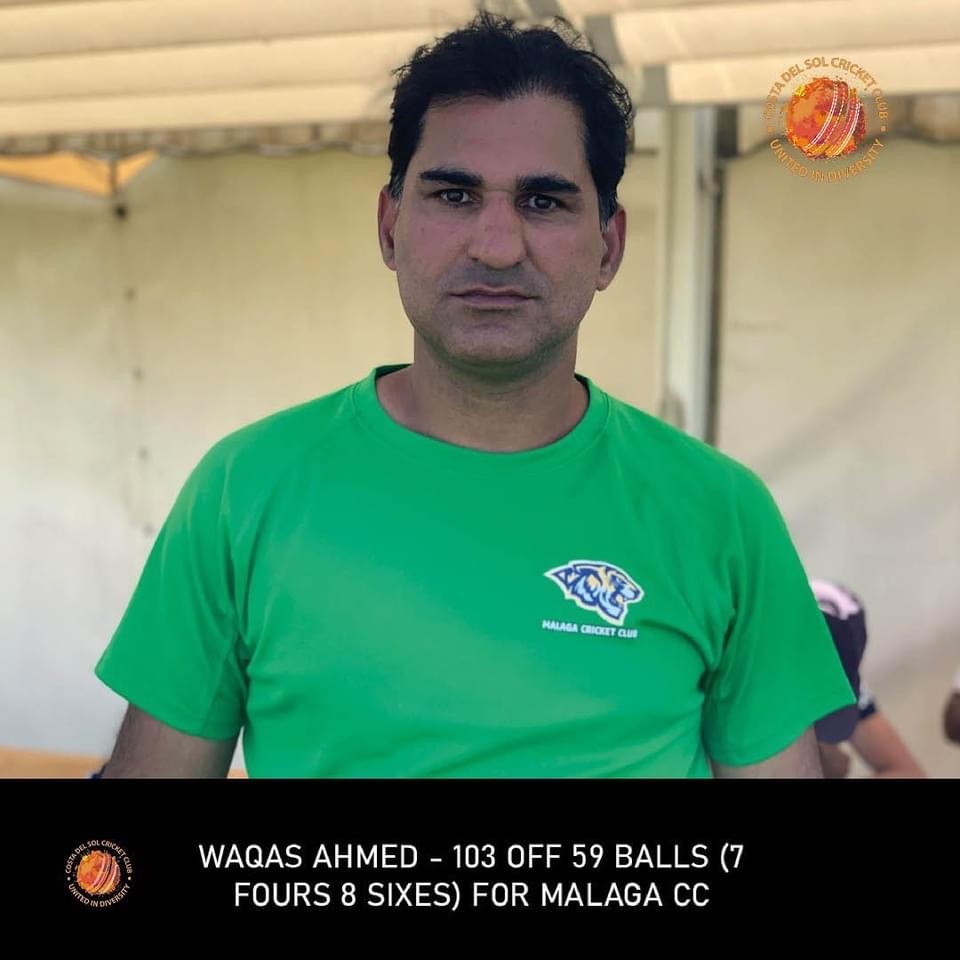 Waqas clearly felt it was on and started connecting with some mighty blows to the boundary from this point, which saw the score accelerate to within 10 an over off of the last 3 overs after 3 expensive previous overs from the Vikings.

Up stepped Sameer Nayak to bowl some left arm leg breaks in the penultimate over where Malaga only managed to scramble a single from it, leaving Malaga CC needing 17 to win off the final over.

The final over was assumed by captain Ric Hatchman, who hadn’t bowled all day prior to this due to some stiffness in the shoulder but soon made his statement asking what all the fuss was about as he bowled Waqas with an in darting yorker with his first ball, leaving Maanav Nayak to add a run out on the following delivery to remove Malaga CC captain Asif T.

Waqas Ahmed’s 103 with 7 fours and 8 six’s wasn’t quite enough and The Costa Vikings won by 16 runs, putting them on 8 points from their 4 games, some 4 points clear at the top of the table with 2 games to go.

A fantastic standard of cricket between two very competitive teams played in the right spirit. 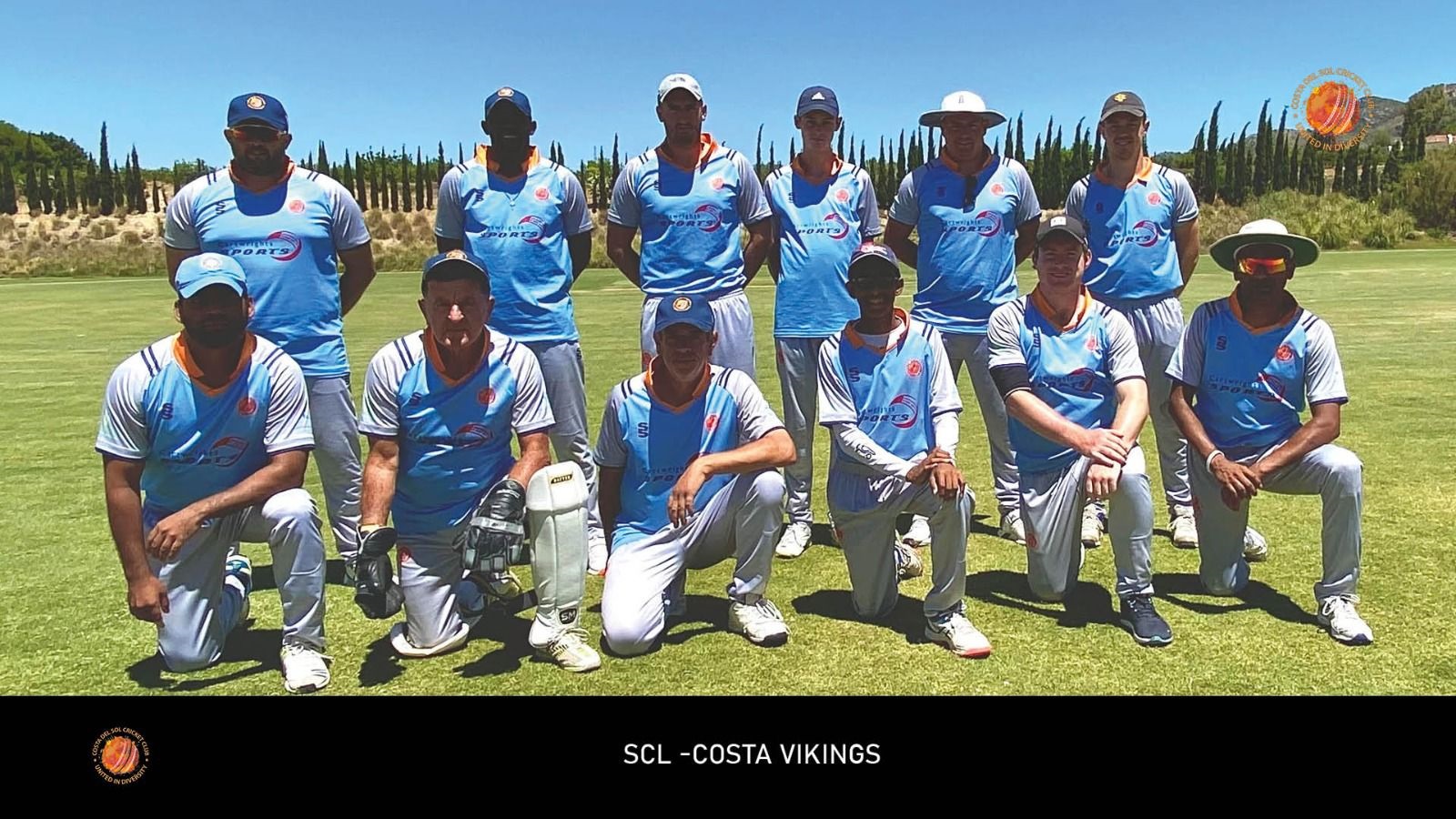