On a crisp winters morning on the Costa del Sol Málaga CC won the toss and chose to bat first.

Malaga CC would be without their centurion Avinash Pai for this game, the return fixture between the two teams, but a good start saw the score ticking along nicely with Nadeem Hussain and Waqas Ahmed scoring freely amassing 63 after 10 overs for the loss of 1 wicket.

With dew still in play on the outfield, Maanav Nayak was dismissed with an excellent caught behind for debutant keeper Nico Watkins.

Despite good bowling and enthusiasm in the field Malaga continued to score freely. Waqas anchored the innings with a fine knock, allowing MCC to amass a total of 224 in 34 overs. 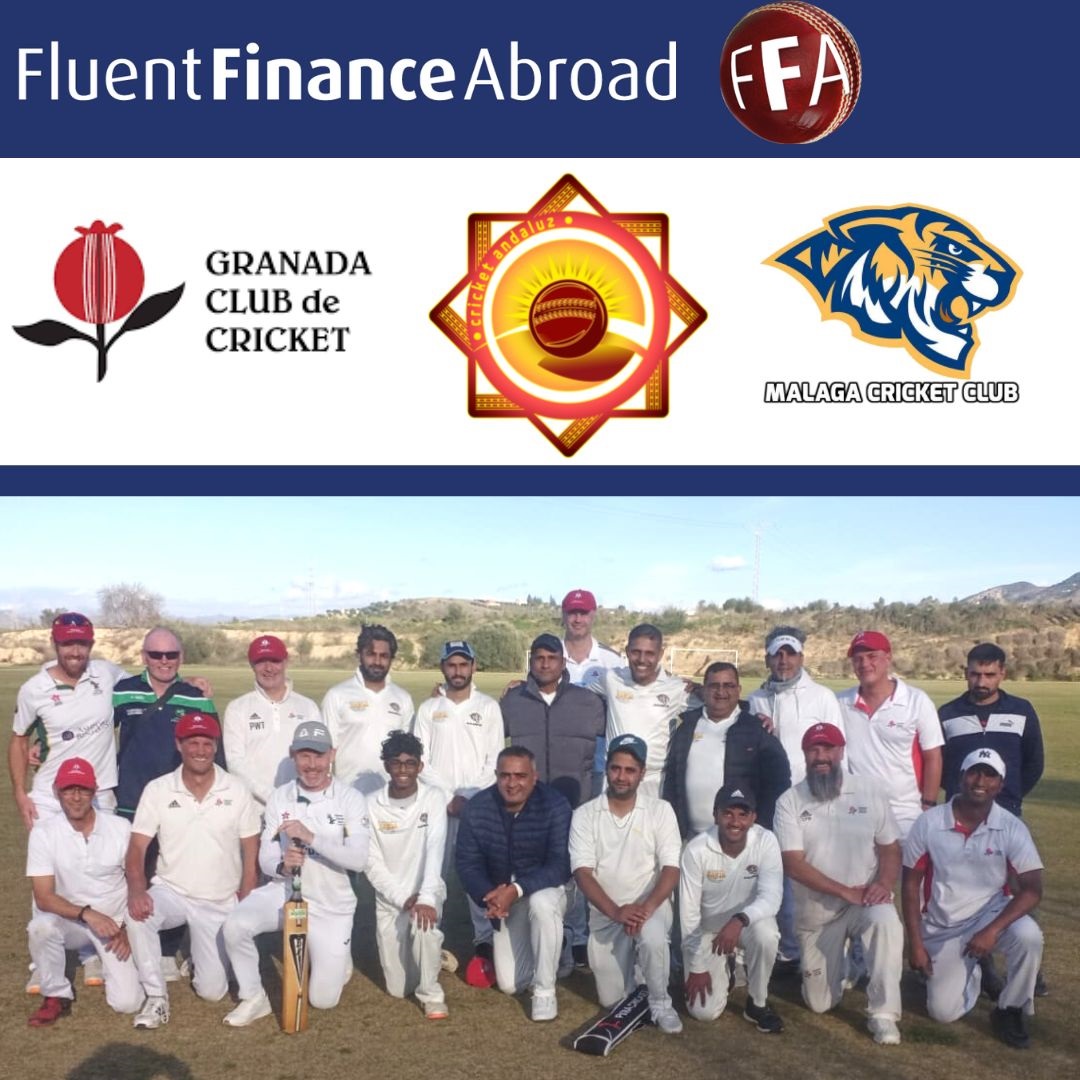 With a required run rate of 6.5 per over Granada’s innings started well with boundaries coming quickly until Richie and Andy Torres were out cheaply. As Mike Epps and Gerry O’Brien steadied the ship the runs dried up and the required run rate began to climb.

After the fall of the next wicket captain Todd Davey arrived at the crease and blasted 70 off 58 balls. Aided by the impressive Chris Brown the two had given Granada a chance at victory.

Facing a run-a-ball situation for the last 4 overs and quickly running our of batters the game was heading down to the wire. Sam and Phil Judas-Townsend held their nerve until Sam perished with 1 ball to go and 1 run needed. In came the debutant Nico Watkins at the non-strikers end into a red-hot atmosphere, holding the bat for the first time in more than a decade.

Thankfully the ever-cool Phil Judas-Townsend was at the other end, who when faced with the prospect of win or bust simply knocked the ball out to long on for a single and an unlikely victory for the men from the Vega. 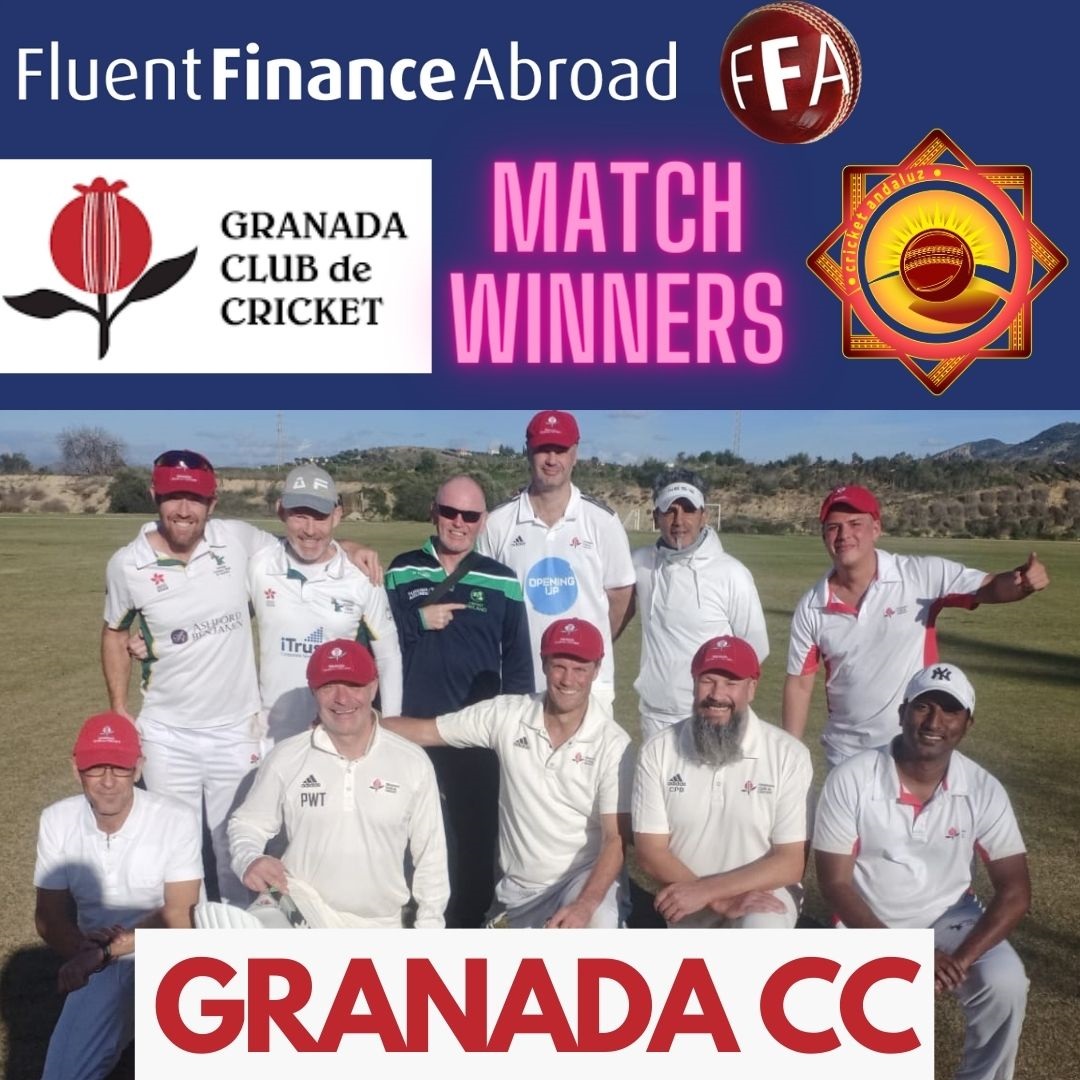 Result – Granada Won chasing the total off the last ball.

CrickettheWinner at the Cartama Oval with the game being played in great spirit.

Many thanks to the umpires and match official Phil Flaxman and our Match Day Sponsor – Fluent Finance Abroad in San Pedro de Alcantara, Marbella.
Website https://fluentfinanceabroad.com/ 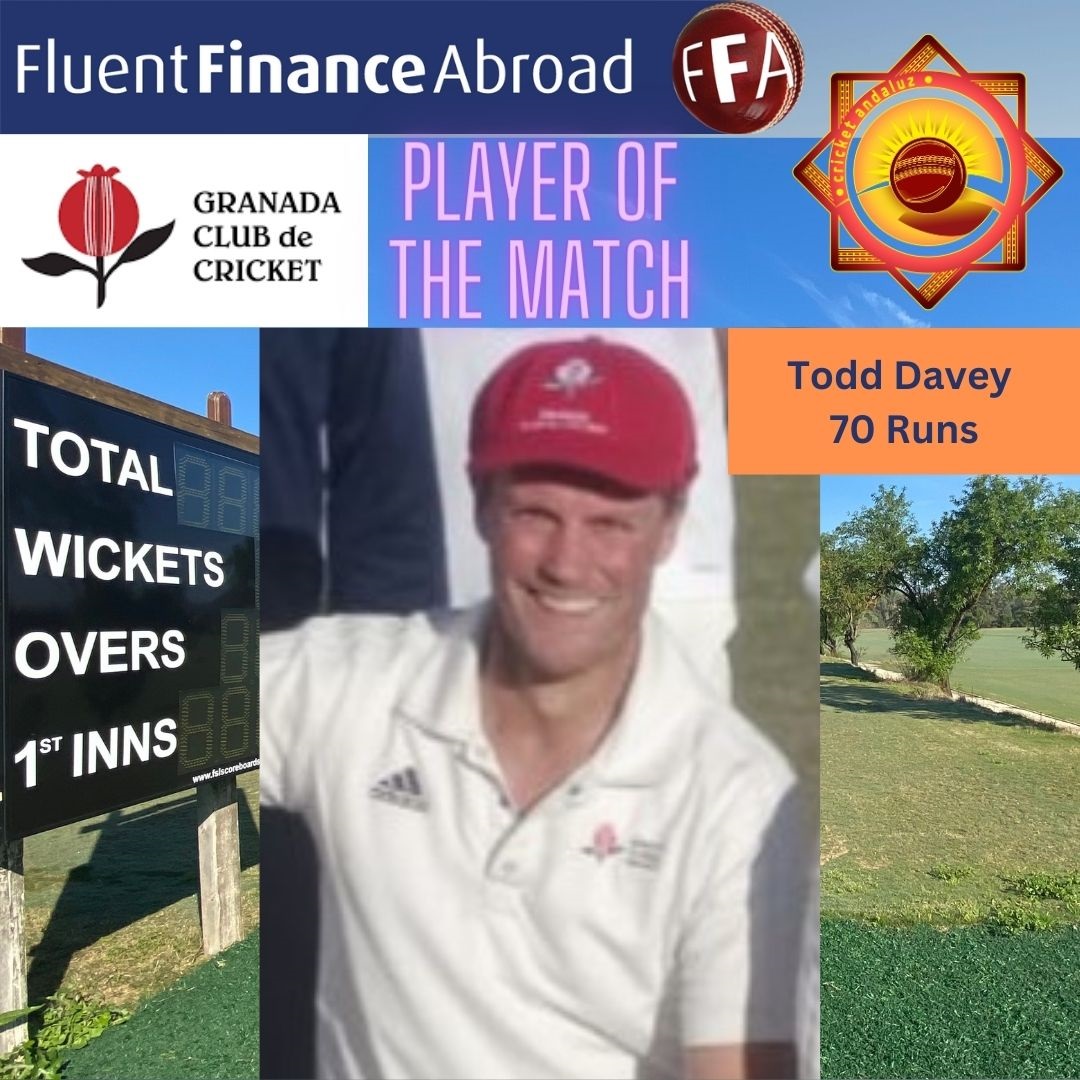