SOUTHERN LEAGUE KICKS OFF AT CARTAMA

The Southern T20 League kicked off at Cartama today and the spoils were shared between Granada CC and Costa Del Sol Crusaders. Winning the toss in game one the Granada club elected to bat and started well with openers Brett Davies and James Davies putting on 49 runs inside the power play.

For the next few overs there was parity as runs were scored, but wickets also fell at regular intervals. Todd Davey and Jose Antonio Quitian Verdes both managed double figures as Granada made their way to 130 for 9 from their twenty overs. Pick of the bowlers CDS was Bruce Reynolds who took three wickets for just 15 runs.

In reply, the Crusaders lost Andrew Reyes and Mark Garratt early, but opener Kyle de Plessis looked composed and scored freely for his 34 runs. He received assistance from David Woodburn (10) but several of the Costa batsmen struggled for any sort of form at all. A late cameo by Ritchie Cunningham (10) gave the local supporters some hope of victory, but the Crusaders finally folded on 99 all out with two balls remaining in their over allocation.

With a 31 run victory under their belt Granada went into game two in confident mood. Again they won the toss, and again Granada batted. However, this time they found runs more difficult to come by and they ended their innings on 99 for 8. Opener Quitian-Verdes top scored with 45 but it was the Crusaders bowling that impressed. Young Jaime Riley posted excellent figures of two for ten from his four overs, and Richie Cunningham took three of the Granada wickets to fall in the final few overs.

Crusaders batted sensibly and confidently to easily surpass the required total with eight wickets in hand. Mark Garrett and Jaime Riley put on an unbeaten third wicket partnership of 69 to steer their side home with 29 balls to spare.

So the series was tied and everybody enjoyed an excellent days cricket. Many thanks to Egan Steven Dantis and his team for live streaming both matches, which can be watched in full on the you tube links below, and will be archived on the Cricket España You Tube Cchannel. 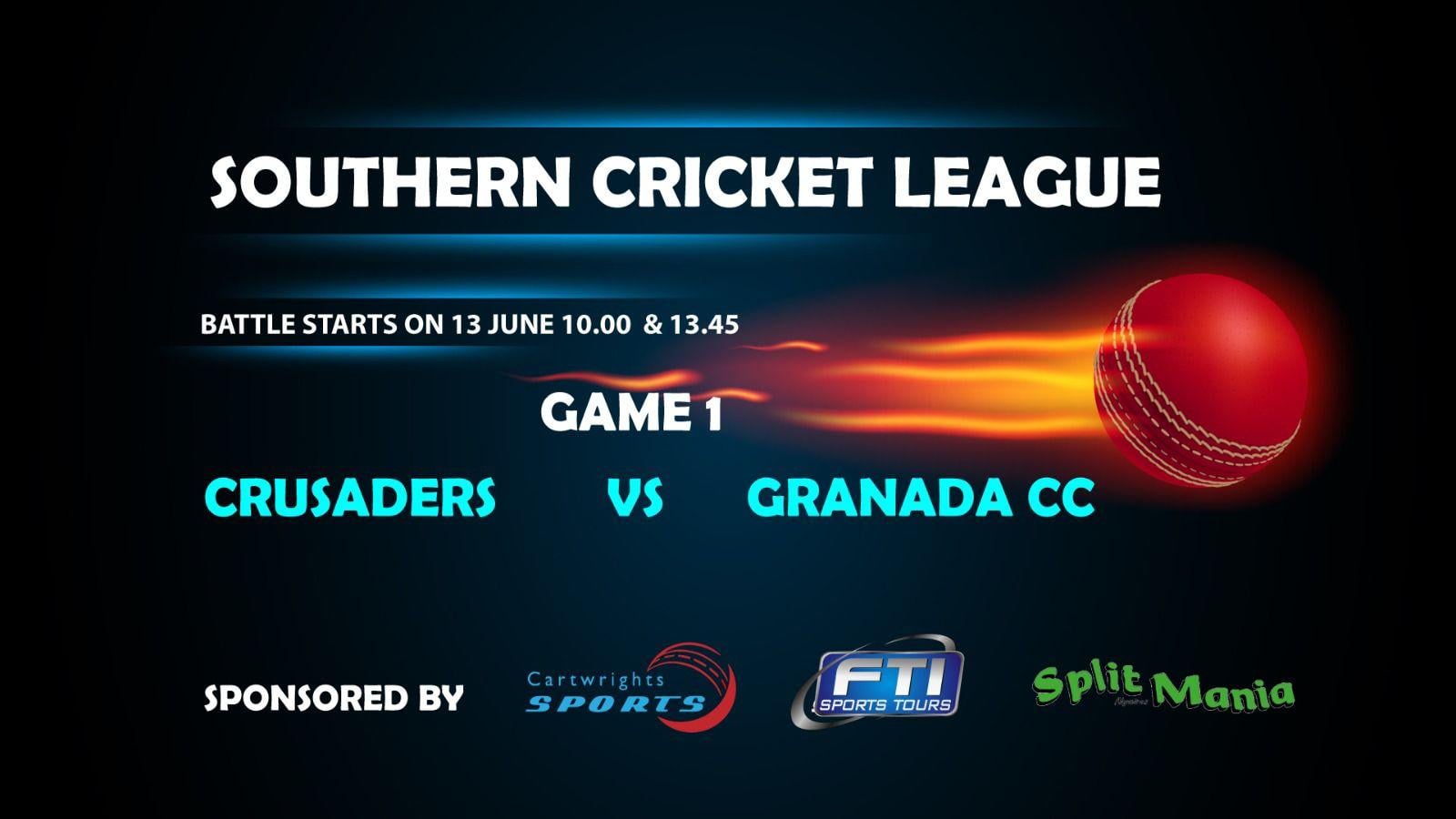