Raval Sporting squeezed past Minhaj to claim a place in Finals Day in two days time. The first two matches of the day saw Kharian in splendid form, as they easily claimed victory over Barcelona Gladiators and Skyways respectively. The 116 run victory against Skyways was particularly pleasing for Kharian fans as  Adeel Ahmed (68 off 24) and Jahanzaib Asghar (52 off 26) put on 108 runs in just 39 balls for the first wicket.

Match three was a contest between Bangladesh Kings and Barcelona Gladiators and it was the former that coasted to victory by 69 runs, which was exactly twice the score of the Gladiators batting total.

Match Four saw Raval Sporting turning out for their final match, knowing that a win would mean playing on Friday Finals Day. Sporting  were in no mood to slip up and they batted the Gladiators out of the game by posting a total of 140 for 3. Karan Datta’s 69 runs off just 32 balls was the highlight of the innings. The Gladiators had a go at chasing down the runs but fell 37 runs shy of the required total.

The final match arguably contained the best batting accomplishment of the day as Spanish international Awais Ahmed tore into the Bangladesh Kings bowling and scored 107 not out off just 33 balls. The innings included 13 sixes and 4 fours as Minhaj chased down the Kings score of 134 for 7 with eleven bowls to spare. Fittingly. the match finished on a six off the bat of Awais.

Tomorrow sees the final day of group stages with three teams Badalona Shaheen, Falco and Trintat Stars all in with a realistic chance of progressing. It could well go down to the ultimate match of the day when Falco entertain Badalona Shaheen. Be sure to tune in to the ECN network for all the action, 8.30 am start local time. 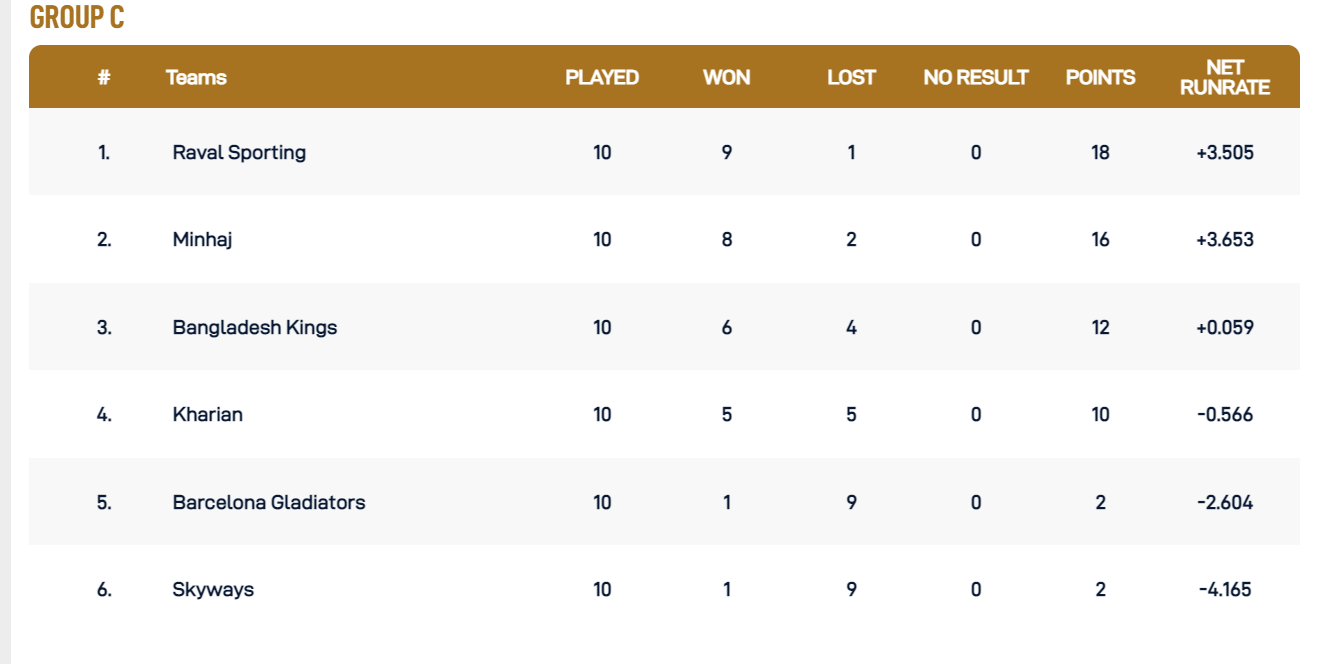