Sports world Spain hosted a T20 between Costa Del sol crusaders vs Pembroke CC from Ireland. The weather was a concern but the captains decided to carry on with the game after a delayed start. Permore CC captain Craig won the toss and decided to bat first. The pitch turned out to be two paced as batsmen struggled to score runs.

The ball skidded throughout the first innings as the conditions did not favor the visitors. Crusaders fielded three spinners and were successful in getting breakthroughs. James Riley 1-11 and Andrew ward 3-24 put the brakes on Pembroke cc innings. J Cresswell was rock solid at one end and the wickets tumbled at the other. Pemroke CC put up a fighting total of 107-7 off 20 overs.

The Crusaders crumbled early on in the chase scoring 28 runs of 10 overs without a wicket. Pembroke cc fielded well initially and had the Crusaders batsmen tied down for a brief period. The left arm seamer Graham M bowled a magical spell of 3 overs dismissing  Peter Gething, Joshua James and Harry Scott in quick succession, his figures looked 3-4 off 3 overs.

Crusaders needed 70 runs off the last 8 overs. Nadeem malik 48* and Andrew Ward 26  had an attacking partnership of 52 as both ran well between the wickets.Andrew ward lost his wicket in the penultimate over, needing 4 off  the last over.Crusaders won the match in the last over without any further damage.

Andrew Ward was Adjudged man of the match for his all-round performance.

The cricket continued on Saturday after heavy rainfall on Friday at cartama oval. Pembroke CC won the toss again and elected to bat first. Openers S Willis 41 and S Heaney 28 gave them the ideal start in the first ten overs without any risk, Scoring odd boundaries and they ran well between the wickets. Pembroke looked in control in the first 18 overs adding 92 runs. After the drinks break Pembroke lost control as crusaders bowlers rocked Pembroke’s batting line up. Egan Dantis bowled 3 overs without conceding any runs and taking 2 wickets. Mick Button supported Egan from the other end taking 2 wickets for 29 runs. Crusaders restricted Pembroke CC to 140-5 off 35 overs.

After losing Tristan Cooper in the first over for nought, Nadeem Malik 40 and Afzal shah 54* rescued the chase after early setback. Both added 72 runs for the 2nd wicket. Pembroke’s bowlers weren’t able to dismantle the crusaders batting Mainstay’s as crusaders batsmen looked in control. Afzal shah got to his half century in style by smacking a six over long on to end the match with 17 overs to spare.

Stand in skipper Egan Steven Dantis was adjudged Man of the match for his outstanding bowling display 2-0 off 3 overs.

T20 tournament kicked off on Sunday morning at 10 am between Crusaders and Vikings at Cartama oval. Crusaders won the toss and put Vikings to bat first. Adam orfila 2-17 ripped through the Vikings batting line up in the powerplay as they were reduced to 18-4 off 6 overs. Only Nasir dar 24 and Josh james crossed double figures.

Both the batsmen were dismissed by Egan Dantis 2-2. Vikings were all out for 79. Crusaders chased the target in 12.2 overs. Jesper Hansen top scored with 34*. Ashan Alwis took 2-15 for Vikings. The below par total from Vikings wasn’t enough to threaten crusaders batting line up. As they won it with ease.

Adam Orfila was the man of the match for his brilliant bowling.

Costa Vikings won the toss and elected to bat first and set up a huge total of 214-4. Nushan Alwis  scored a brilliant hundred. His first t20 hundred as he clobbered 8 sixes and 6 fours. He was well supported by Zaman khan 29. Pembroke CC bowlers were all over the place. J cresswell took 1-49 and S willis 1-14.

Pembroke CC were never in the game as they batted out 20 overs . Jamie riley bowled an amazing spell taking 1-10 from his 4 overs and looked threatening throughout his spell. Batsmen Struggled to score runs against Jamie. C Sean scored 20 and G mooney 25*. Pembroke ended up with 102-4 off 20 overs.

Pembroke CC forfeited batting in the 3rd match and asked Crusaders to chase 103 runs in 20 overs. Crusaders lost Peter Gething in the first over. Nadeem Malik 38 and ES Dantis 22 played cautiously and took the team to a comfortable position. Once Jesper Hansen and Nadeem malik got out it looked like it was all over for crusaders. Josh James and Jamie Riley were at the crease needing 11 runs of the last over. Jamie Riley hit the winning runs by smacking the ball to the square leg boundary of the last ball to win it for crusaders.

Champagne moment of the tournament was awarded to Pembroke CC’s Wicket keeper for his outstanding catch.

Jamie Riley was awarded man of the match for his brilliant match winning boundary of the last ball. 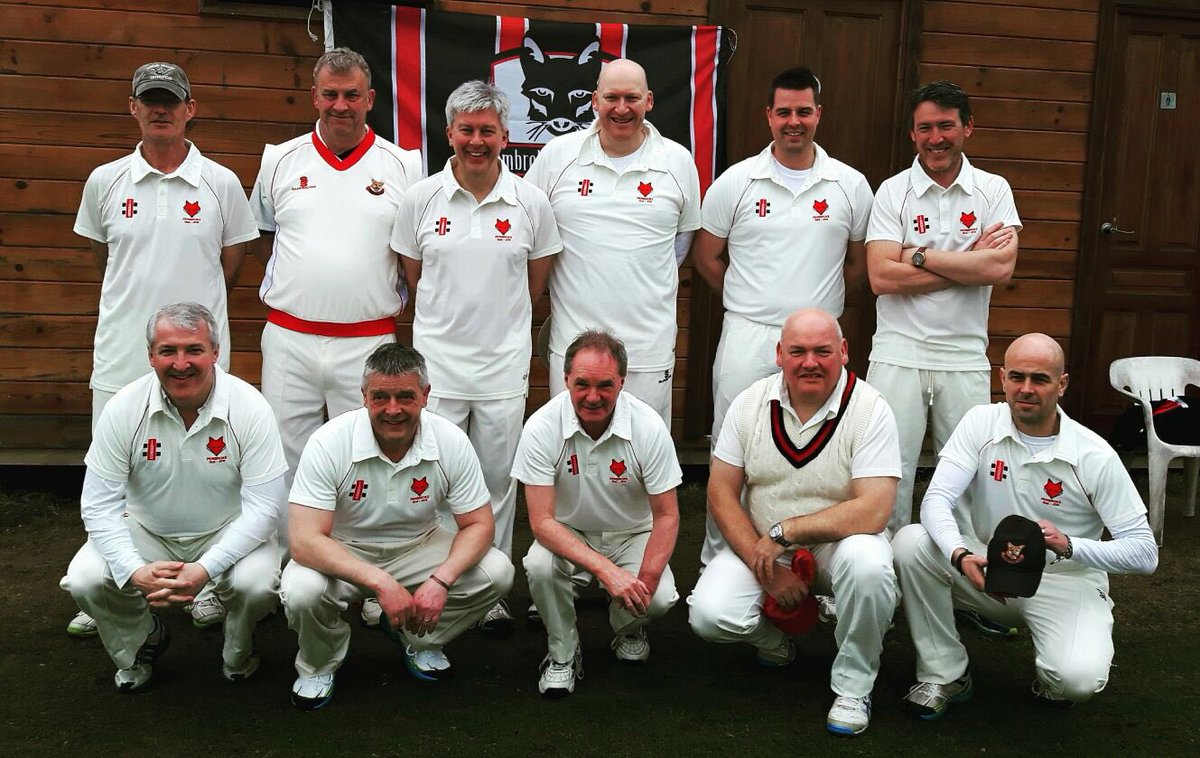