Week two saw Group C called into action and it was Minhaj Cricket Club who made an immediate impact by winning the first two games of the day. In Match One they easily disposed of Raval Sporting, winning by 74 runs. Batting first the opening partnership of Awais Ahmed (48) and Usman Mushtaq (29) put on 61 for the first wicket in exactly five overs. Asjad Butt, batting at three, hit 15 runs off seven balls before being adjudged lbw with the score on 80. That was the last wicket to fall with Awais finishing just two runs shy of his half century at the innings close.

In reply, Raval never looked like chasing down a strong early morning total and eventually finished their ten overs on 56 for 7. Usman Mustaq rounded off an excellent performance with bat and ball by grabbing two wickets for just two runs in the solitary over that he bowled .

In Match Two Minhaj were equally convincing and out gunned Bangladesh Kings by 50 runs. Once again Minhaj only yielded two wickets as Awais Ahmed and Asjad Butt, (coming in one position earlier this time) put on 91 runs for the first wicket. A running mix up cost Awais his wicket (35) but Asjad continued unbeaten until the end, plundering 84 runs off just 32 balls. Jafar Iqbal was the other wicket to fall, run out with two balls to spare with the total on 138. Minhaj added a further 12 runs to finish on 150 for two.

Kings got off to the worst possible start when Shakil Mia was out on the second legal delivery of the day without troubling the scorers. Fellow opener Muhammad Masood remained a constant throughout the innings though and was not out for 56 when the innings closed. Unfortunately, he did not have any solid support as no other batsmen reached double figures, and consequently, the Kings finished with a tally of 100 for four off their sixty deliveries.

Match three saw the arrival Skyways to the competition. It was not a happy start for them, as they went down to a five wicket defeat at the hands of Raval Sporting. Batting first Skyways posted a par total of 97 for nine. Four players got starts but none of them managed to capitalise to the full. Adeel Shahzad, batting at nine made a case for batting higher up the order next time though as he top scored with 23 off twelve balls.

In reply, Raval won with eight balls to spare. The first three batsmen (Kishitiji Patel, Karan Datta and Davinder Singh) all made notable contributions to have their side at 76 for one after six overs. The introduction of Rabi Asif nearly turned the game in Skyways favour as he took three quick wickets for just 13 runs. Howver, Raval regained composure and finally won the game with five wickets in hand.

The penultimate match of the day was between Bangladesh Kings and Skyways, and it was the Kings who romped to a easy victory. Skyways batted first but limped to 53 for nine from their over allocation. Adeel Shahzad was indeed promoted up the order but could only manage seven runs this time. With that being the second joint highest score from the bat for his team it is easy to see exactly where the Skyways problems lie, they just need to find someone who can stay at the crease as well as score runs quickly.

Kings had no such problem as Sofiqul Islam notched up 23 runs in just ten balls to ease any worries the Bangladesh Kings may have. They finally finished their innings on 57 for two, with almost three overs in hand.

The final match of the day introduced two new teams to the tournament, Kharian CC and Barcelona Gladiators. The Gladiators batted first and reached a total of 97 for seven from their ten overs. Arslan Muhammad (34) and Tanzeer Ul Rehman (24) made sizeable offerings for their team but did not have a third team mate who could add to the equation. Jahainzaib Asghar also tormented the Gladiators with a fine spell of bowling that yielded three wickets for just eight runs.

With the bat Kharian got off to a flyer, mullering 36 for the loss of just one wicket off the first 12 balls. They never looked back from that and won the game easily, with seven wickets and 13 balls remaining.

Tomorrow it is the turn of Group D to get a taste of the event. First up is Punjab Warriors against Falco, followed by Falco again, in a mouthwatering clash with Badalona Shaheen. Black Panthers, Trinitat Royal Stars and Hawks complete the Group D line up. Matches will be live on you tube for spectators watching in Spain, and the first match starts at 8.30 am local time. 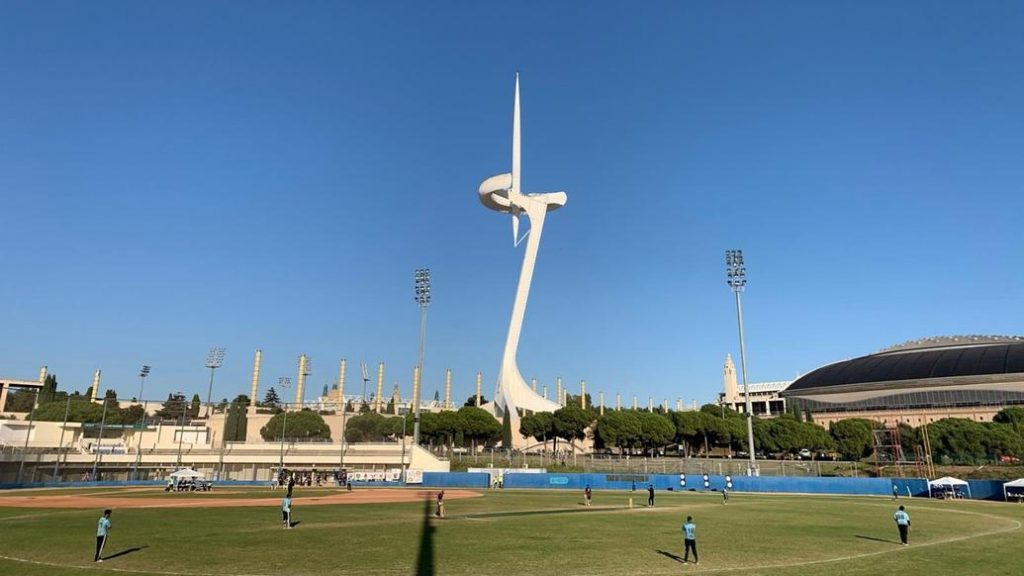