MADRID CC HAVE A SUCCESSFUL WEEKEND ON THE COAST

Madrid CC started this season’s league campaign in excellent fashion with back to back wins against La Manga/Torrevieja and Torre Pachecho on consecutive days. 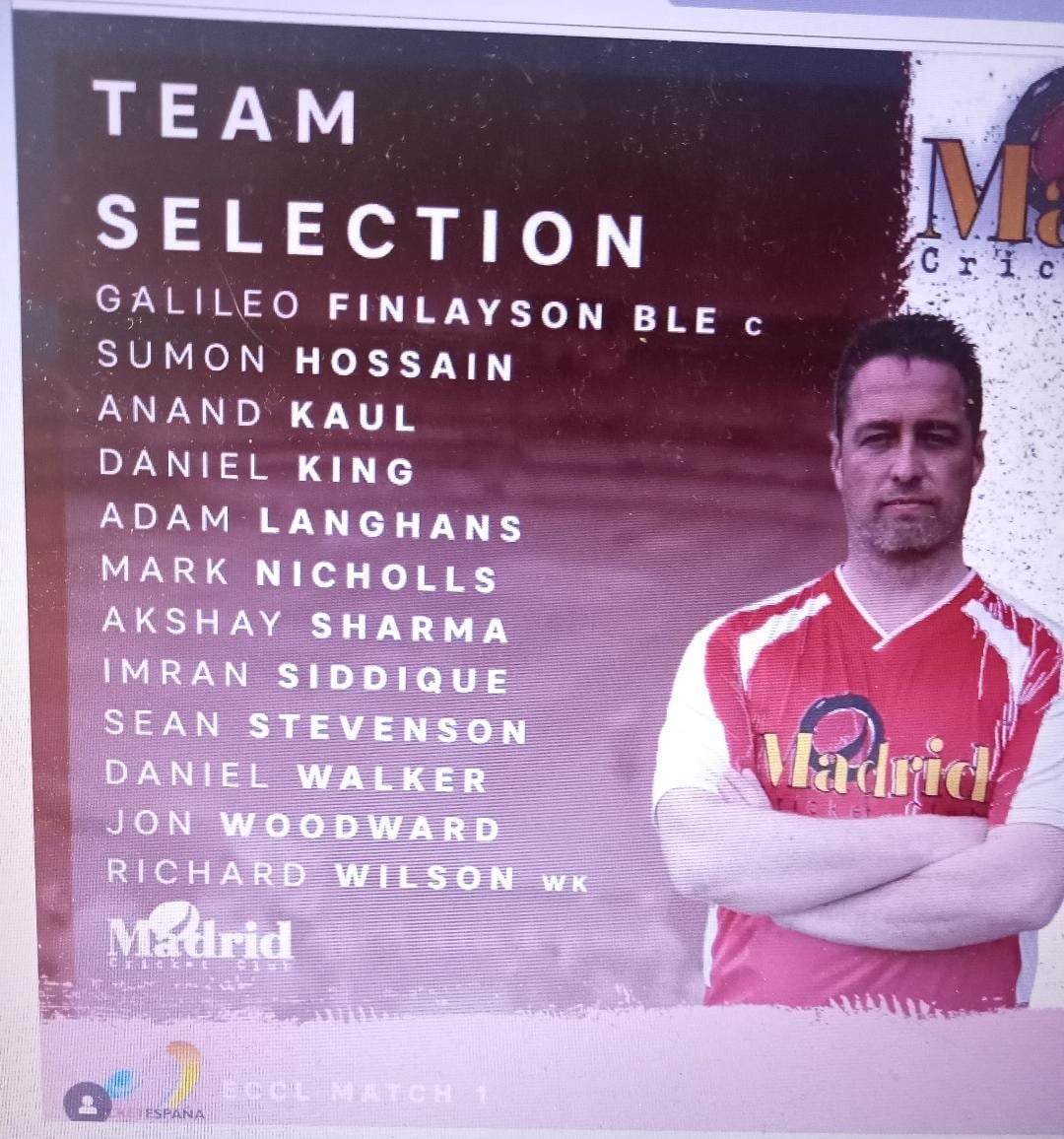 Playing both matches at Bonalba, they won the first match in convincing fashion against La Manga/Torrevieja. Winning the toss Madrid elected to bat, and despite not utilizing their full quota of balls they posted a competitive score of 274 all out in 37.2 overs. Sumon Hossein held the innings together with 88 from just 47 balls. His blistering knock included four fours and ten sixes. He was ably supported by Imran Siddique (39), Galileo Finlayson Ble (29) and Richard Wilson (22). For La Manga Danny Everett produced an excellent five over spell of bowling that yielded five wickets for just a cost of 32 runs.

In reply La Manga got off to a good start, reaching 39 in the sixth over before they lost their skipper Adam Alger. Charlie Hunt soon followed, but Paul Hennessy (82) and Ravi Panchal (47) kept the visitors in contention and the game tight. However, with the fall of the wicket of Hennessy, at 168 for five, a batting collapse ensued. The final five wickets posted only 28 runs as La Manga were finally all out for 196 in the 33rd over.

The bowling performance of the day came from the Madrid skipper Galileo Findlayson-Ble who bagged seven La Manga wickets for just 51 runs, including the key wickets of Hennessy and Panchal. 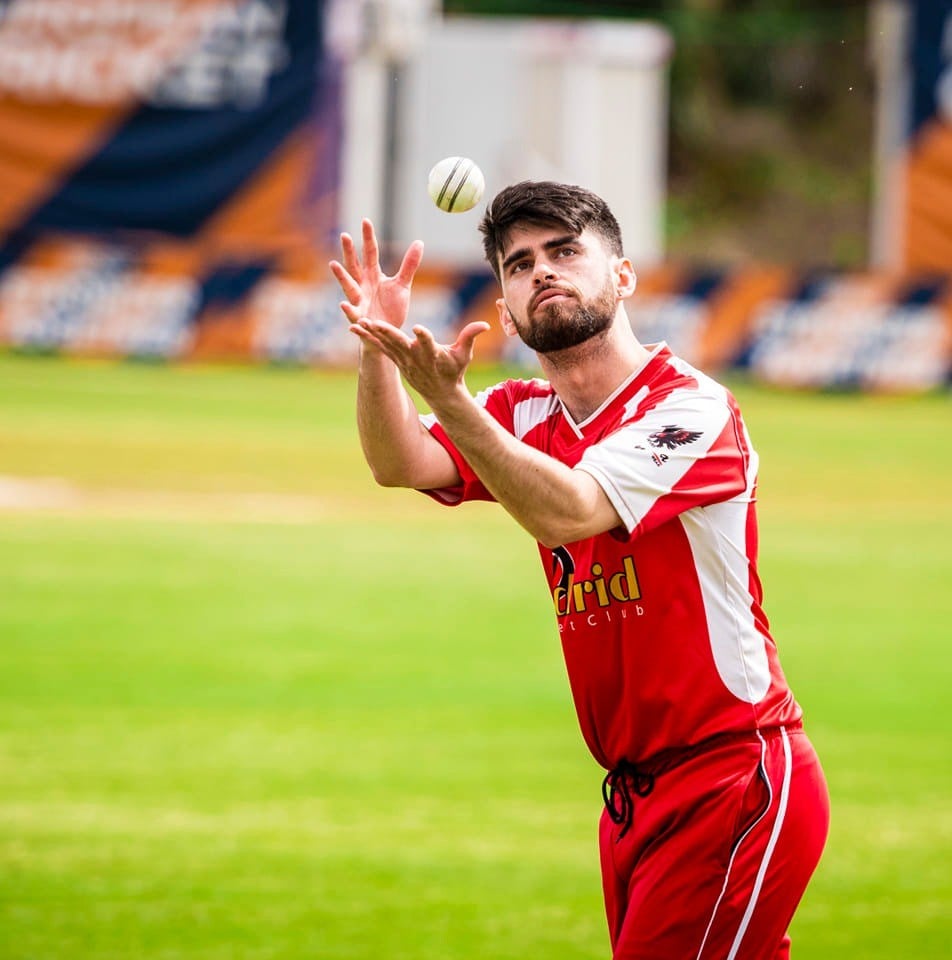 The following day the league fixture list paired the team from the capital with East Coast rivals Torre Pachecho. Pachecho won the toss and elected to bat, but lost a wicket on the very first ball, and were then 3 for 2 at the end of the first over. Jassie Singh, single handedly performed against the Madrid bowling attack and scored an unbeaten 64 in his teams total of 116 all out. Imran Siddique and Akshay Sharma bagged four wickets each for the hosts.

With Torre Pachecho bowled out inside 23 overs Madrid went out to bat before lunch and had little trouble in chasing down the total. An unbeaten 60 by Adam Langhans and an additional 24 not out by Sumon Hossein, in an unbroken partnership of 79, saw Madrid home with eight wickets to spare.

A profitable weekend for the Madrid side who are back to the coast next weekend as their team takes part in a charity tournament at the Woodbridge Oval along with other teams from overseas. For more details on that event and the charity event in La Manga from 22nd to 24th April please contact Jon Woodward via email at woodward.jon@cricketspain.org 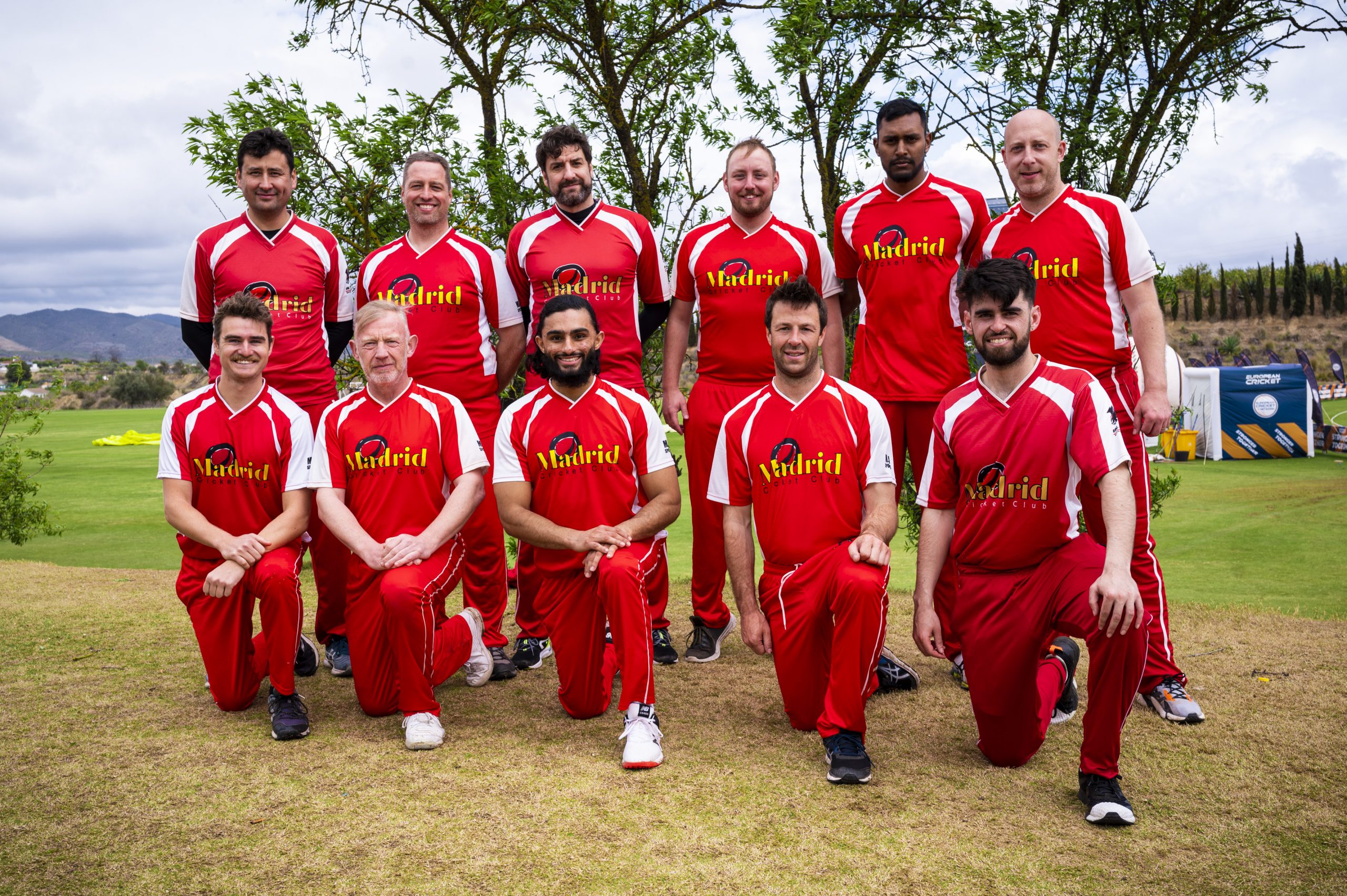