WINNER TAKES ALL IN SPAIN FOR A SPOT AT ECL20

The race to qualify for the much-anticipated second-staging of the European Cricket League (ECL20) is set to reach a dramatic climax in Spain at the weekend.

The Catalunya T10 winners, Minhaj CC face the Levante Lightning, East Coast and Central League champions (ECCL) for the right to play in ECL20 next year as Cricket España representatives.

A few months ago, V.O.C. Rotterdam from the Netherlands were crowned the first Kings of European cricket when winning the premiere edition of the European Cricket League (ECL19) in spectacular fashion at La Manga Club in Spain. At ECL19, Catalunya Cricket Club were Spain’s representatives, reaching the semi-finals before succumbing to eventual “Kings of Europe” V.O.C. Rotterdam.

Already thinking ahead to ECL20, the Catalunya region staged a special T10 event with Minhaj coming out on top in a 12-team competition this summer.

In the ECCL (East Coast and Central League), Levante (Valencia) enjoyed their most successful season in their brief seven-year history, winning the double of both the T20 and limited over competitions.
So over best of three T10 games, it is winner takes all for a spot at ECL20 at La Manga Club in Spain.

You can follow live scoring of the action from the Sporting Alfas ground in Albir on the European Cricket Network on Sunday 24th November from 10 am. 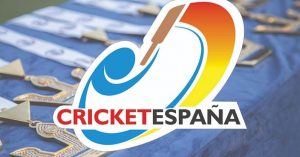