Levante consolidated on their good league start to the season with back to back victories over Intellectuals in the latest ECCL encounters.

In match one, the visitors batted first on another scorching day at the VCG. The Intellectuals accrued a total of  151 all out with Pal retiring on 24, and Husnain and Nadim each scoring 20 runs each. Sami was the pick of the Levante bowlers, and he finished with figures of 3-13.

Levante surpassed the Intellectuals total with eight wickets and 29 balls to spare. Shakeel made 47 runs, and Barry Eaton, who was making a welcome return to first team action, scored 45 runs. Usman, with one wicket for 12 runs was the most economical Levante bowler.

In match two, that followed later in the afternoon Levante were as equally impressive. Batting first they were all out for 229 with just one ball left to face in their innings. Furqhan was the star of the show, cracking a tremendous 106 not out. He was ably supported by Yasir who fell two runs shy of his half century. For the Intellectuals cause Nadeem took half of the Levante wickets to fall and finished with the splendid figures of five wickets for just 23 runs.

The Intellectuals reply to chase down such a competitive total was commendable but they finally finished at 159 for 8 off their twenty over allocation. Ismail with 81 was the foundation of the vistors innings, whilst debutant Chris Darwin made an encouraging start with the bat, and netted himself 18 runs.

With two victories for Levante it looks like a three way battle will ensue for the title, with Sporting Alfas and La Manga in the mix as well as we start to get to the business end of the league campaign. That said, a resurgence from Madrid and Intellectuals in their forthcoming matches would rule them back into contention.Right now, the signs are that this years outcome could go right down to the wire and the final day of the season. 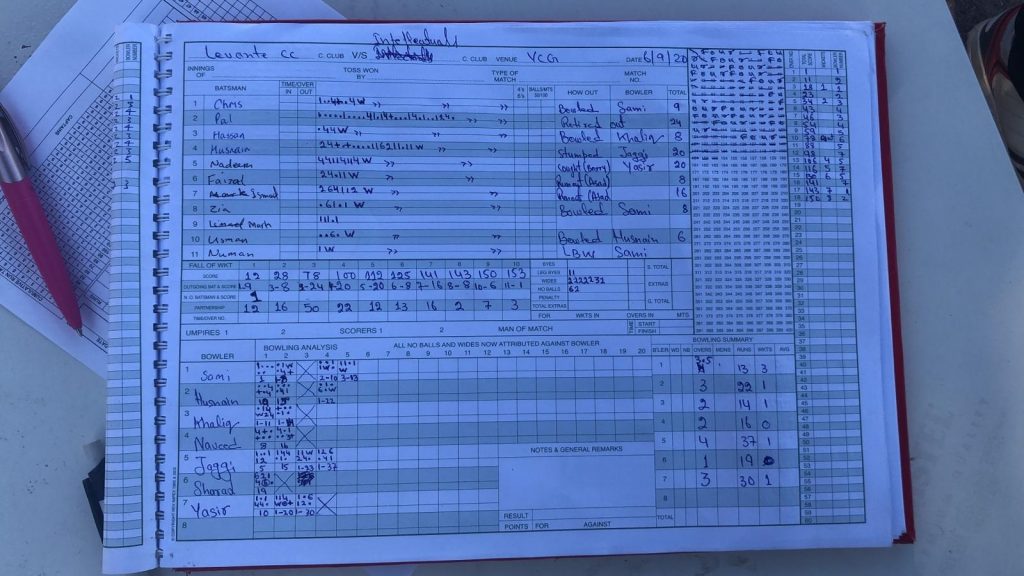 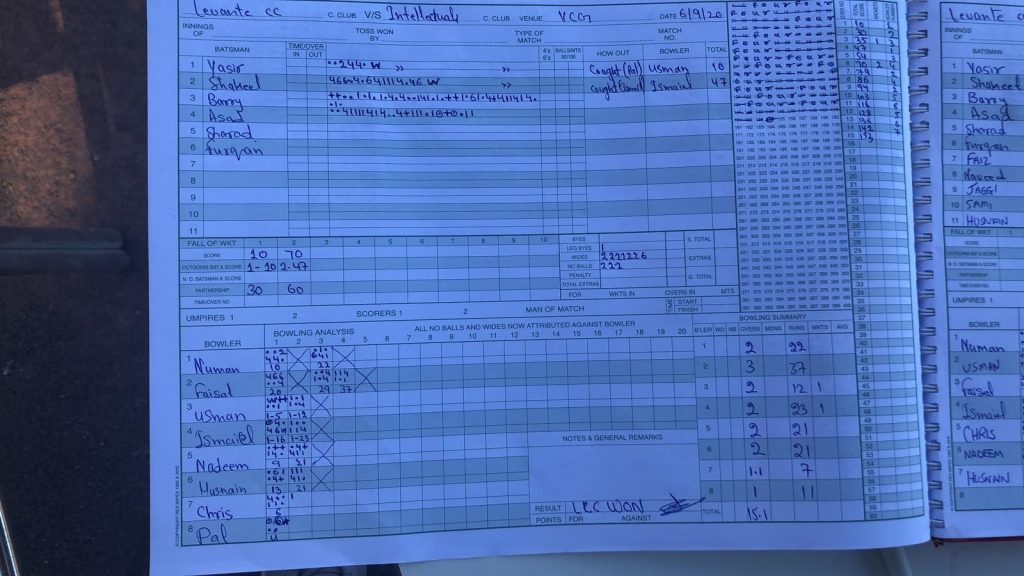 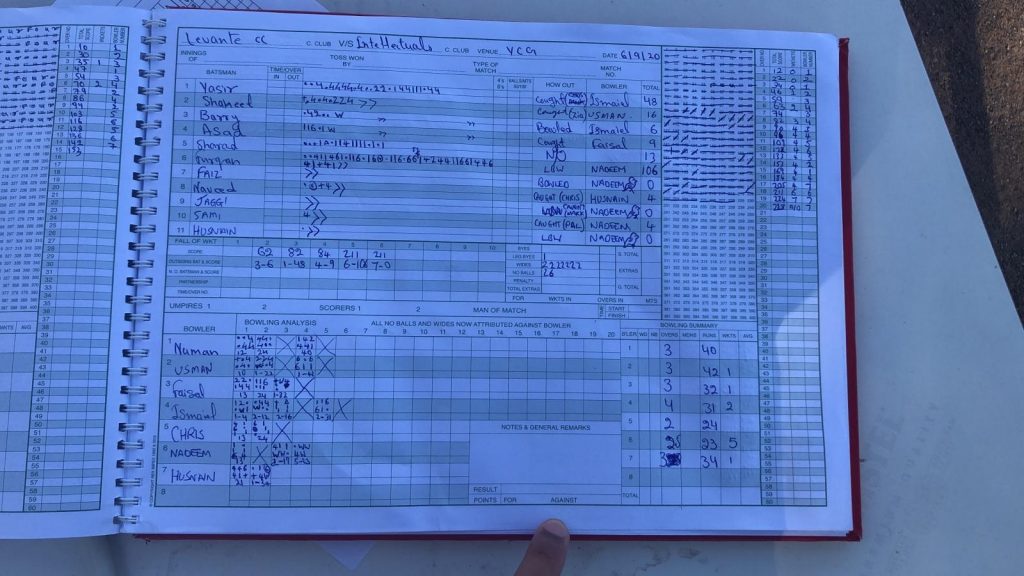 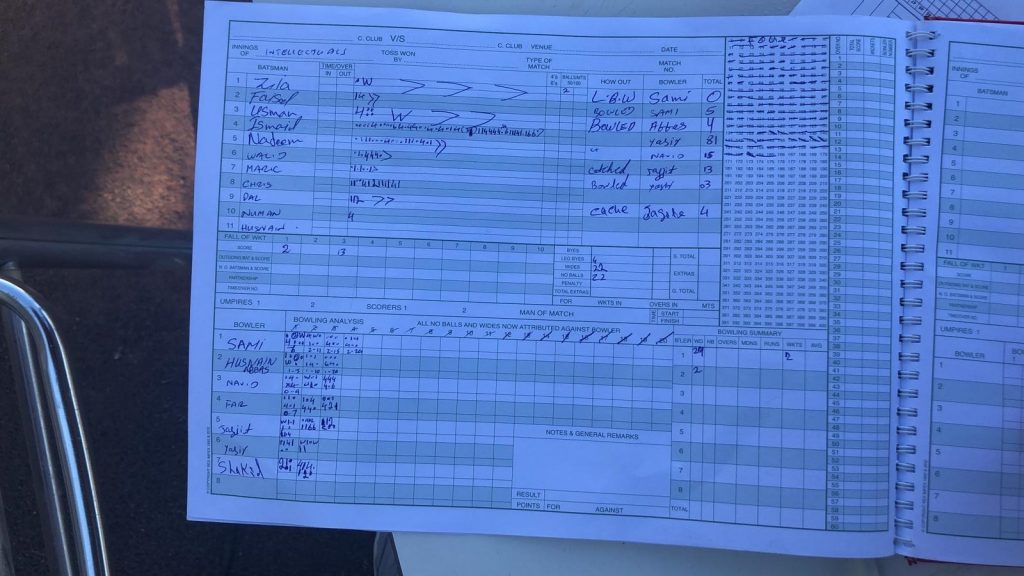