Men in Blue Cricket Club travelled down to the region of Valencia last weekend to play two matches against Levante CC. The 40 over and T-Twenty matches both went the way of the Catalan League side, in what was one of the first bi-regional club contests to take place since the pandemic.

In the forty over game, Levante batted first and were all out for 198. The reply from Men in Blue was emphatic, as they overtook the required total with five wickets in hand, and just under half of their over allocation to spare. Prasanna was the pick of the Catalan batsmen scoring 106, and he was well supported by Naresh who added 57. 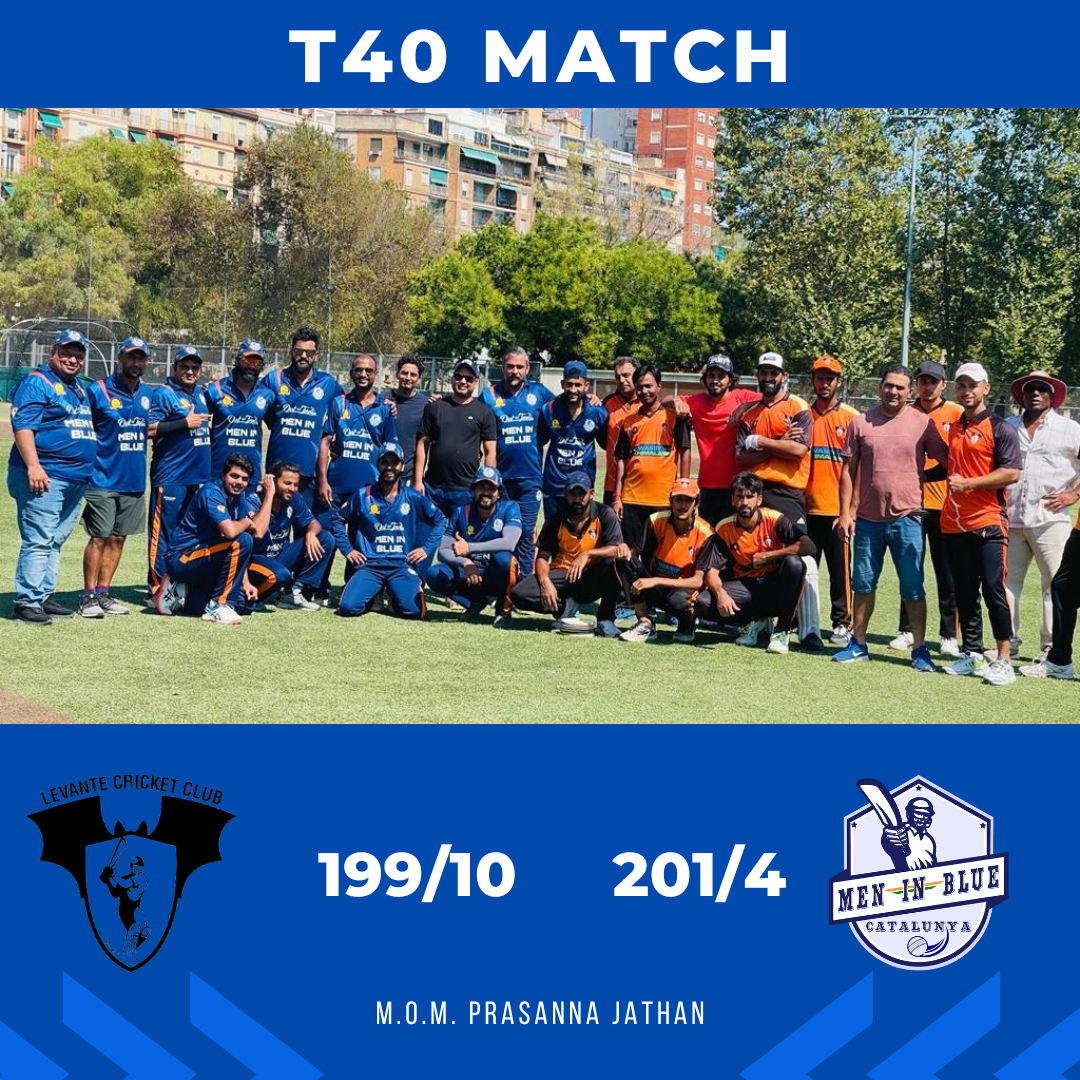 The twenty over contest was a much closer affair. Opener Shankar scored 37 and numerous other Men In Blue batsmen got into double digits, but could not surge on to post a telling personal total. For Levante Tariq bowled economically and bagged three wickets.

In reply, Levante started badly losing three cheap wickets but a solid partnership between Azhar (31) and Afridi (35) kept the hosts well placed deep into the game. However, both players got out at crucial times, enabling Men in Blue to see out the overs with the minimum of fuss. 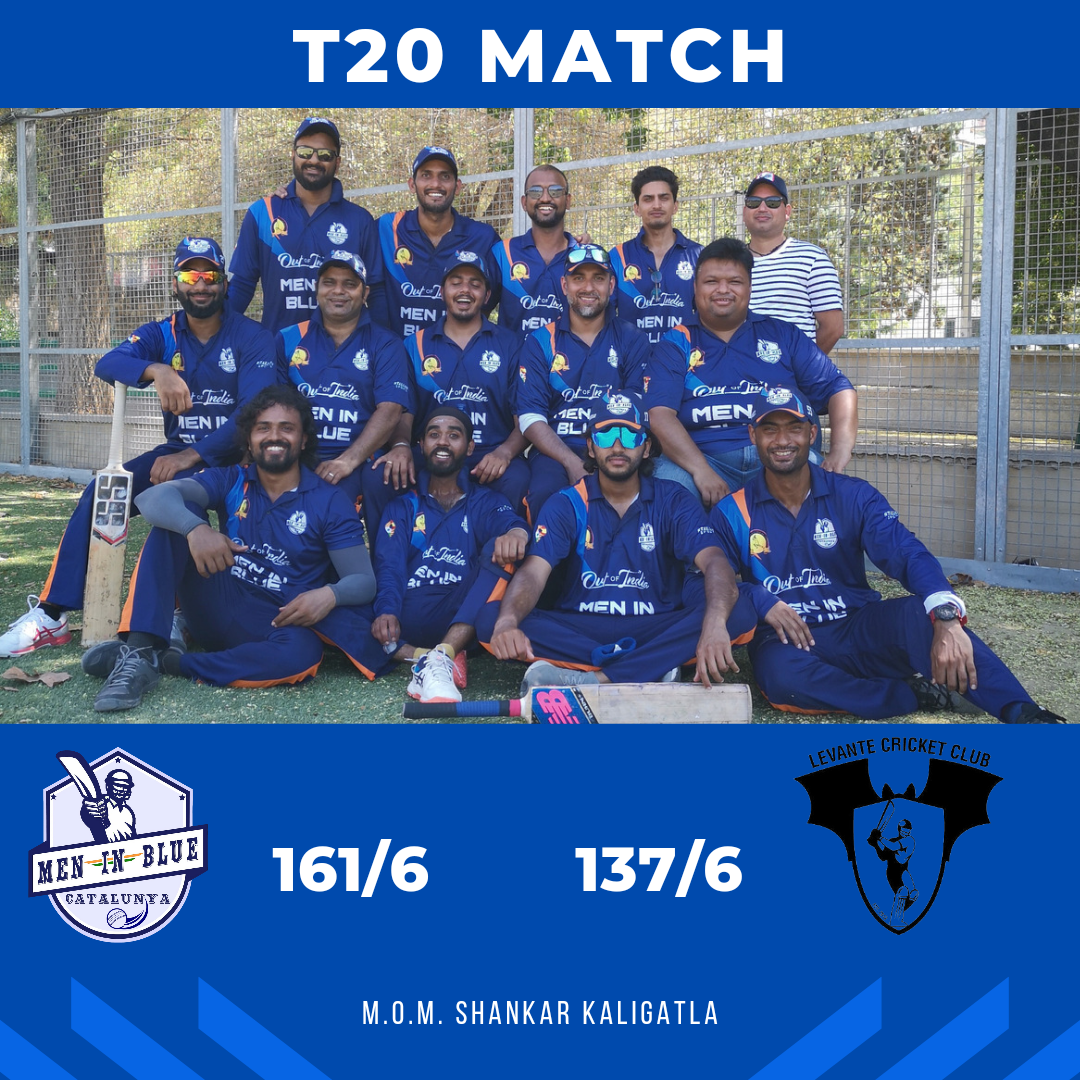 Well done to both teams for organizing these matches and we look forward to seeing similar games on the Cricket España calendar in the near future. 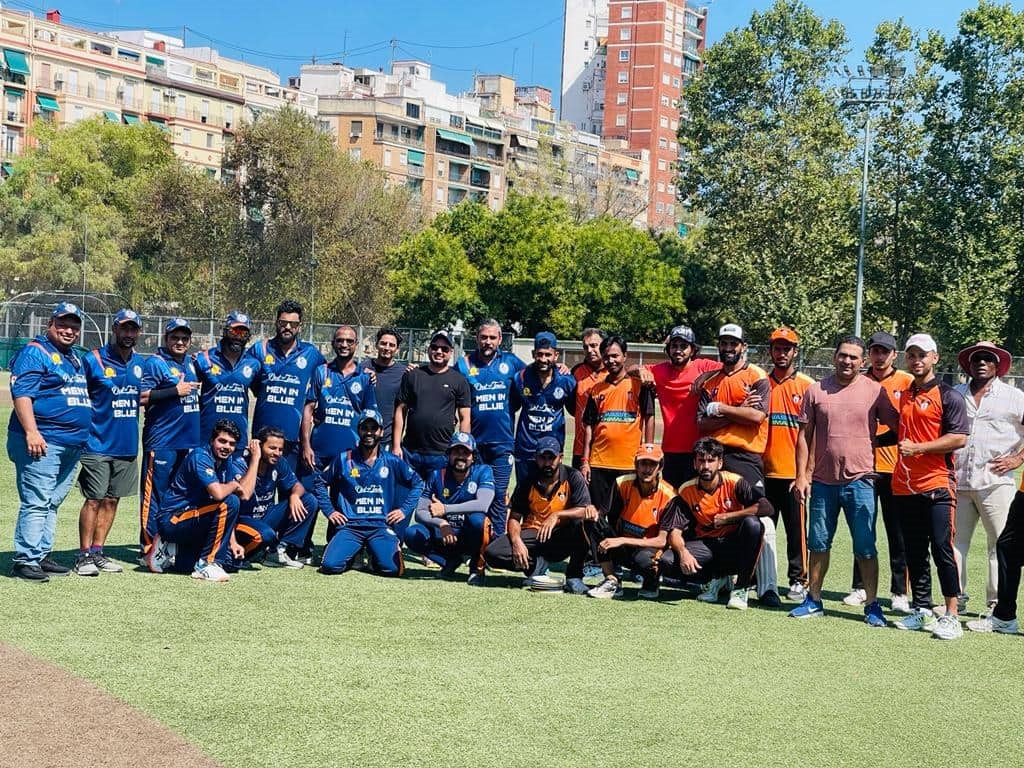