La Manga resort hosted the clash of two of the ECCL favourites this afternoon and it was the visitors who went home the happier, and with the points.

Winning the toss Alfas elected to field and quickly found Ravi Panchal in menacing form . The opener put on 52 for the first wicket with his brother contributing 8 of those runs from the 31 balls he faced.

A second run out in successive weekends between the two brothers saw Akash depart, and brought Charlie Rumistrzwecz to the crease. Immediately,the teenager showed his huge potential by hitting 21 runs in a second wicket stand worth 57 runs.

After the departure of the teenager La Manga struggled to gain any momentum, and wickets continued to fall at vital times. Alger, Hennessy and Simkins all made double figures but were not able to kick on and get a big score. Ravi Panchal was the fifth wicket to fall with the score on 158 and his personal contribution on 90. La Manga struggled in their final overs to add any telling runs and finally closed their innings on 201 for 9. Atif Mehmood and Kyle Rope both bagged three wickets each for the visitors, and Alfas would have been pleased with their efforts going into the break.

In reply Sporting were indebted to a fourth wicket partnership between Faran Afzal and Awais Ahmed. The pair put on 150 before Awais was caught off the bowling of Connor Wood after cracking 89 off just 76 balls. With just 12 runs required it was fittingly left to Faran Afzal to finish the game with a six and remain unbeaten on 78 not out. Alfas took 19 points from the game whilst La Manga received 6 points from the match. Tomorrow, weather permitting with face San Javier CC in another ECCL League encounter.

You Tube video of the match 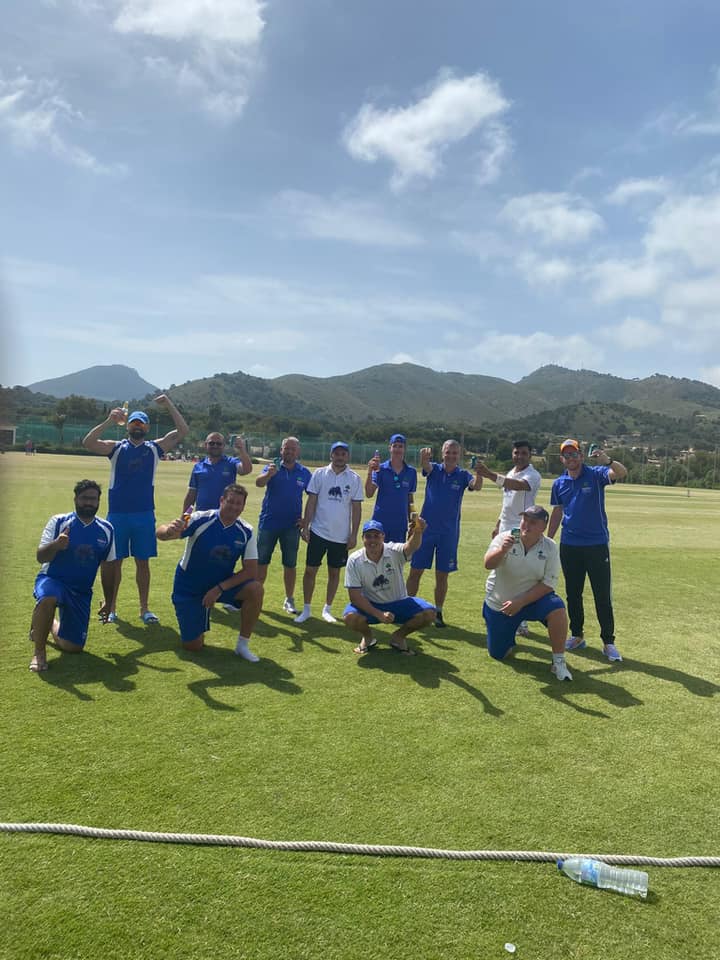