La Manga/Torrevieja defied the odds and reversed their inferior run rate to pip Levante at the post and claim their spot in the National finals as ECCL champions. Needing two victories over Intellectuals, and score in double quick time in the process, they overcame the Alicante based outfits with two clinical victories.

In match one the Intellectuals batted first and scored a very commendable 159 for 3. The backbone of the innings came from Javeed, who carried his bat from the first ball to the last with a fine knock of 83 not out. Knowing that a victory well inside the twenty overs was required LMT set about their response with a fighting purpose. Openers Adam Alger and Paul Hennessy put on 41 until Alger was bowled in the fourth over by Noman. However, the momentum for LMT was maintained, especially by Jack Perman, who scored 37 not out in double quick time.  They finally surpassed the required total with the third ball of the thirteenth over to finish on 160 for 3. Noman bowled admirably for the Intellectuals, bagging all three LMT wickets to fall. 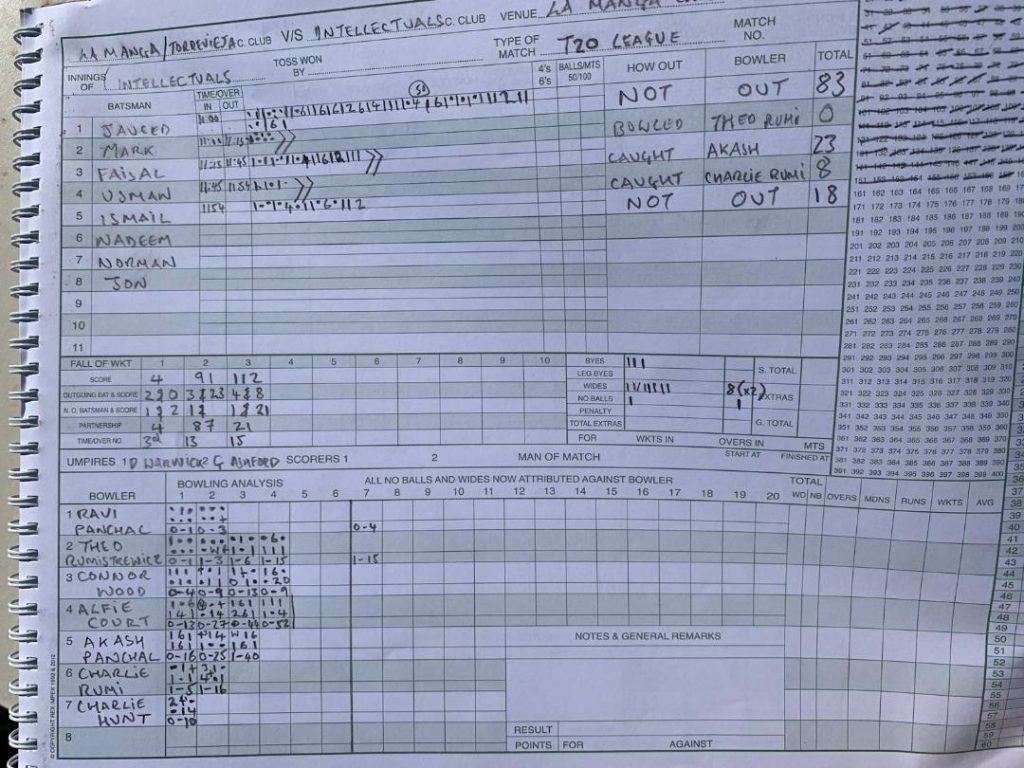 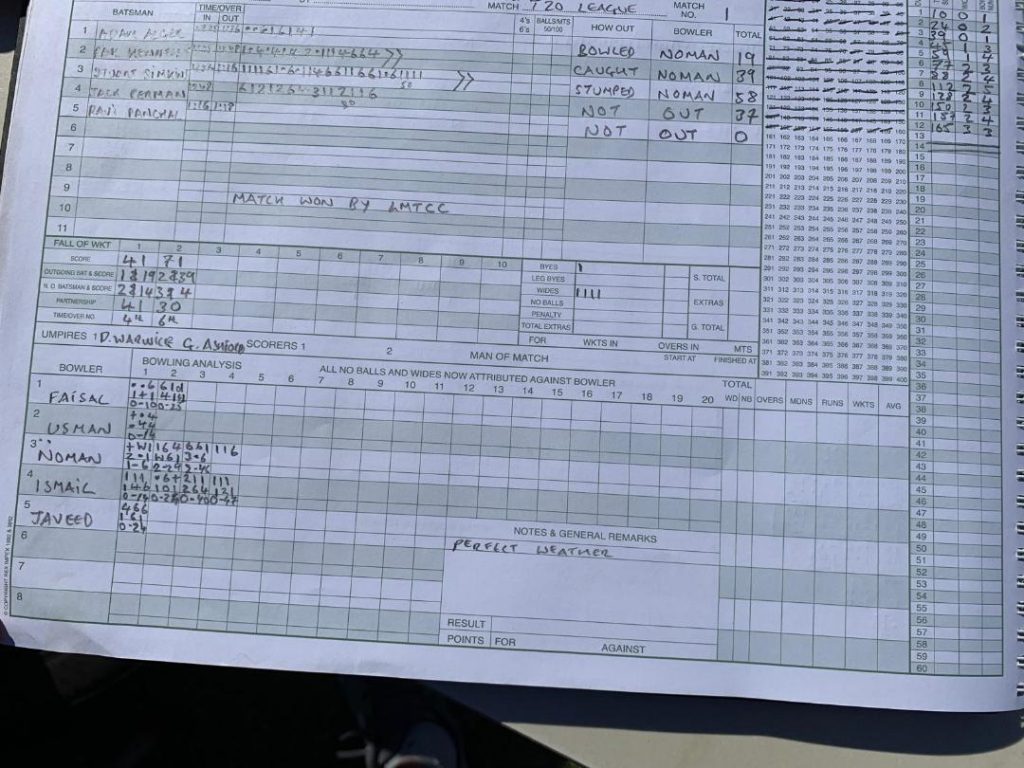 The calculators came out at the interval, and the mathematicians in the La Manga squad ascertained that a score of around 245 was required, along with a victory, to topple Levante from prime position. What followed was an unbelievable effort by the Murcia based club, as they crashed 329 for 3 from their twenty over allocation. Stuart Simkins top scored with 105 and Jack Perman added 92 not out as fours and sixes reigned supreme.  A shellshocked Intellectuals battled gamely when it was their turn, but finally ended on 137 for 7, some 192 runs shy of victory. 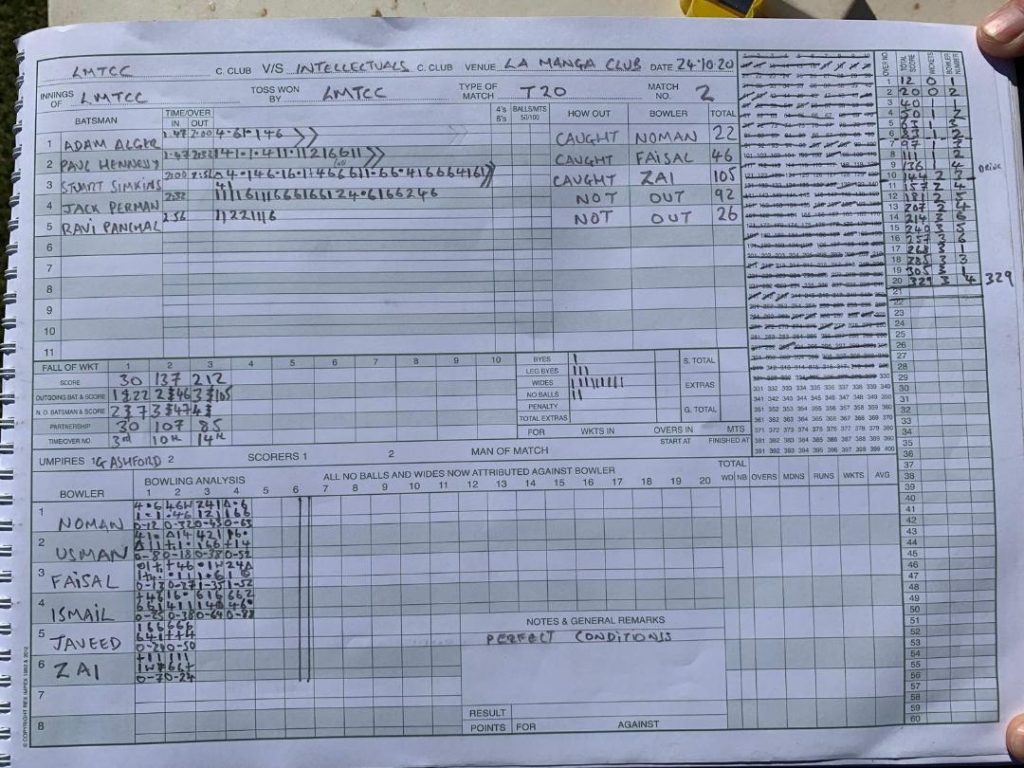 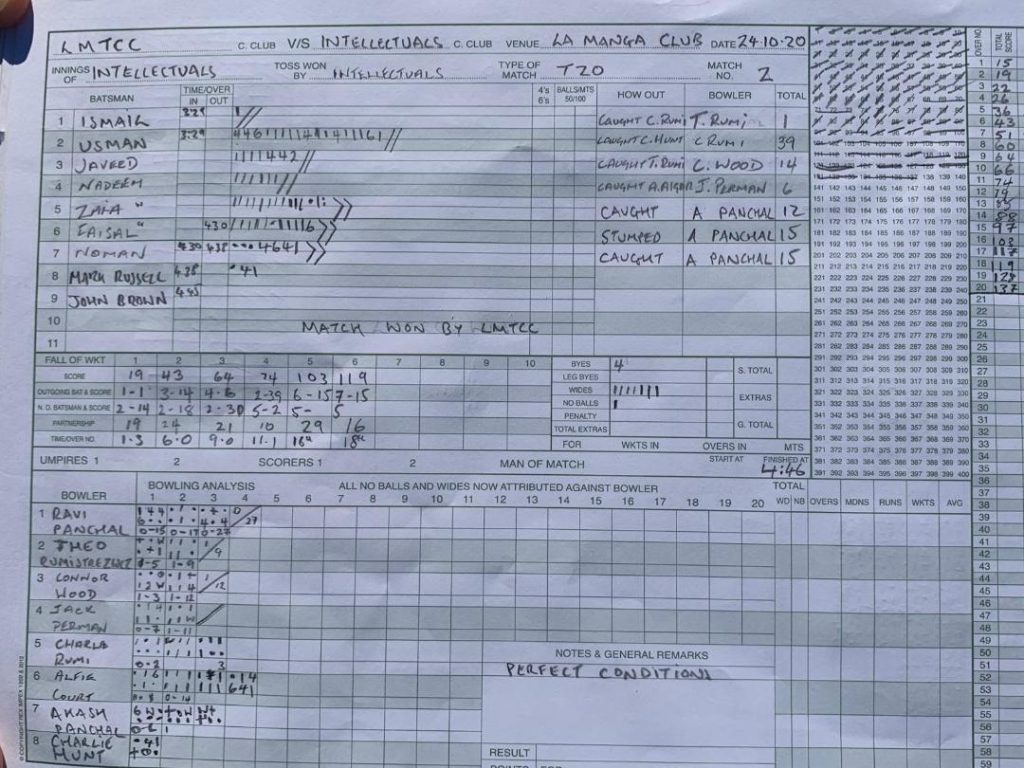 The remarkable turn around on the last day of the season now means that LMT will represent the ECCL in the National finals at the Woodbridge Oval in late November. Congratulations to all teams that participated in the league this season and the ECCL committee have already confirmed that next season the league will comprise of six teams, Sporting Alfas, Levante, Intellectuals, Madrid, LMT and newcomers San Javier Cricket Club. 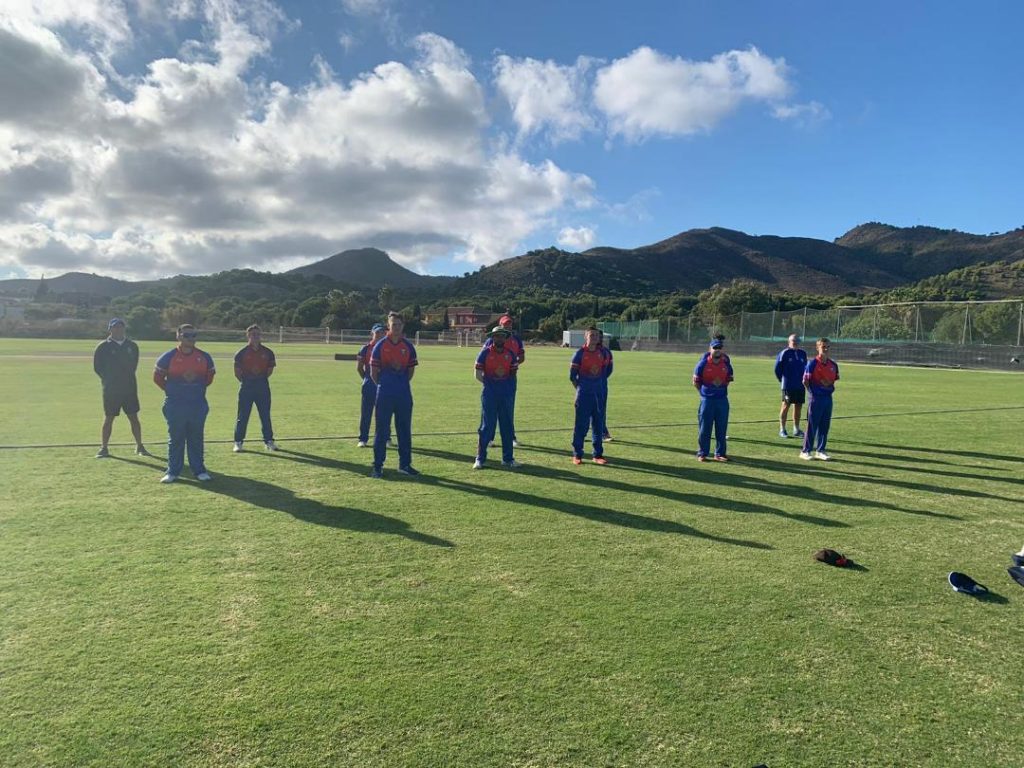