Fans of Junior Cricket were treated to four fantastic matches atb the Montjuic Stadium in Barcelona over the weekend. Match one saw a contest between Santa Perpetua and Badalona and it was Perpetua who maintained their 100% record with an 87 run victory over their rivals.

Batting first, Perpetua were all out for 208 with just one ball left unused in their innings. Opener Babar Khan scored 58 and he wasd well supported by Sheryaar Ruiz (32) and Jahangeer Ali Ullah (22). Zihad Hussain took four wickets for Badalona at a cost of 36 runs.

Badalona also failed to use all 120 balls available, getting bowled out for 121 in the eighteenth over. Omar Ali got a start but fell with his personal score on 29, and no other Badalona batsman could improve on the 23 extras provided by Perpetua. Sheryaar Riaz andb Numan took two wickets each for the victorious team.

Match two on Saturday pitted Pak I Care against Raval Sporting. It was a nervy affair that was in the balance right to the final ball, with Pak I Care winning by a mere three runs.

Pak-I-Care, batting first were all out for 95 in the sixteenth over with Asad Abbas (32) and Ameer Muhammad (15) the only pair to score double figures. Fine bowling by Guarang Mahayvandi Kantbhai (4-24) and Faizan Ahmed (3-15) caused the majority of carnage that restricted the Pak I Care total to under three figures.

In reply Raval were going well at 56 for four but lost their last six wickets for just 36 runs. Manish Manwani top scored with 32 but a fine collective effort in the field by Sporting saw all five bowlers used bag at least one wicket.

Sunday, the first match saw Pak I Care back in action again, this time against Barna Royals. It was two wins in two over the weekend for Pak I Care as they crushed Barna by 72 runs. Learning from the day before, they used up all their overs to post the challenging score of 209 for 9 wickets. The highlight of the innings was a fine 73 by Atif Muhammad. He shared in a third wicket partnership of 88 with Muhammad Mohtshim , whilst for Barna,Waqas Anwar took four wickets in a fine spell of bowling. 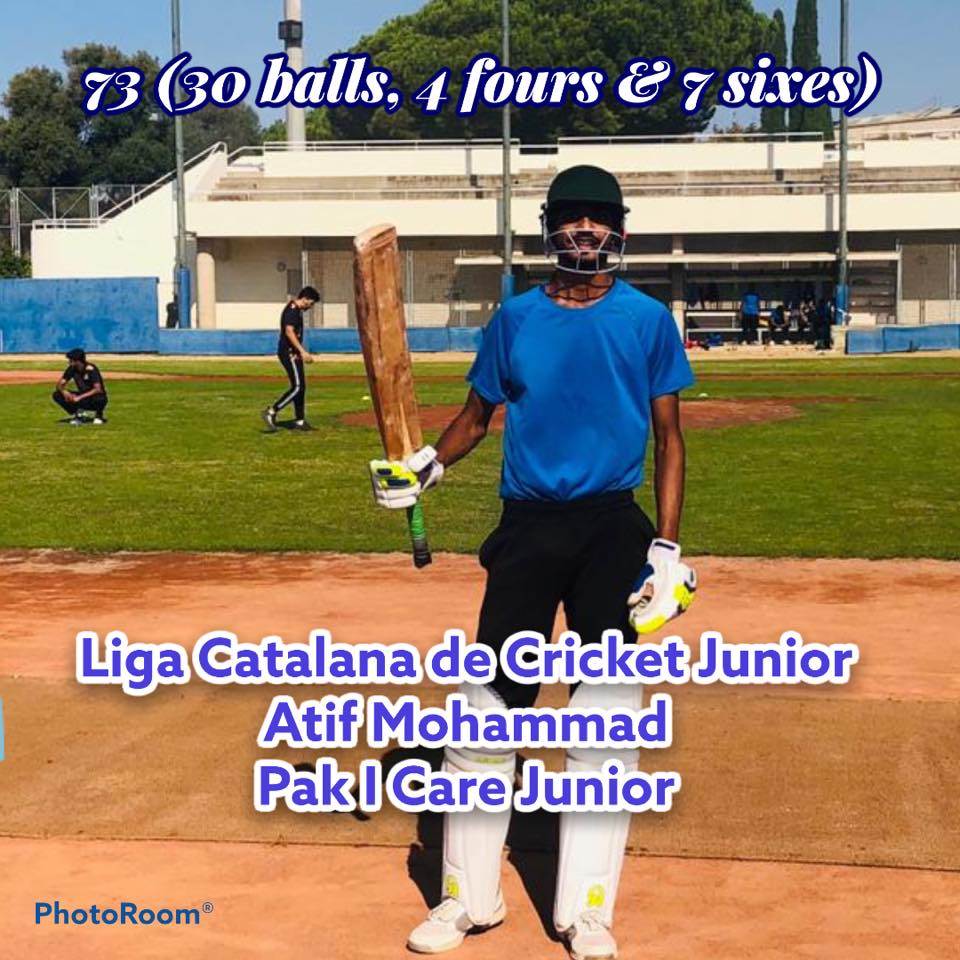 Barnas response was tame, and they were all out for 137 in the sixteenth over. Zeeshan Ali and Muhammed Nafees Ur Rehman took three wickets each to restrict the Royals total.

The final Junior match of the weekend threw up Raval Sporting against Badalona and it was Raval who emerged victorious with a 40 run victory. Batting first Raval scored 131 for 9. A fine half century by Yash Patel (54) was the cornerstone of the Raval innings, whilst Afshan Ali took four wickets for Badalona.

Badalona were all out for 91 . Looking like convincing winners at 80 for three they suffered an extraordinary collaspe to lose their remaining wickets for just 11 runs. Some great death bowling by Faisan Ahmed and Usmar Ansar, who took three wickets each brought about the change in fortunes for Raval. 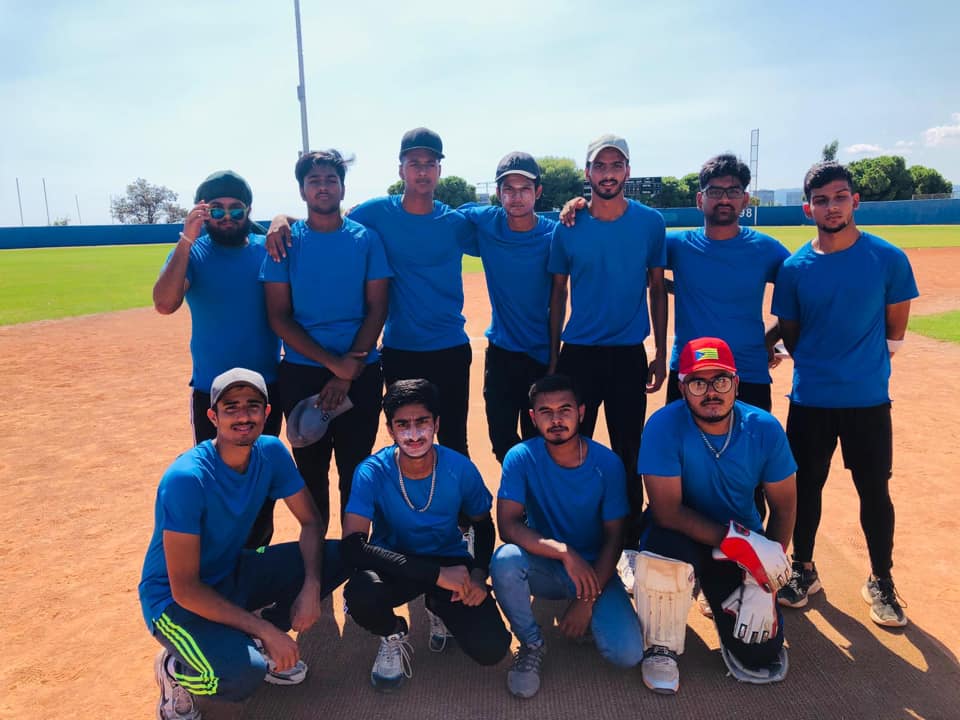 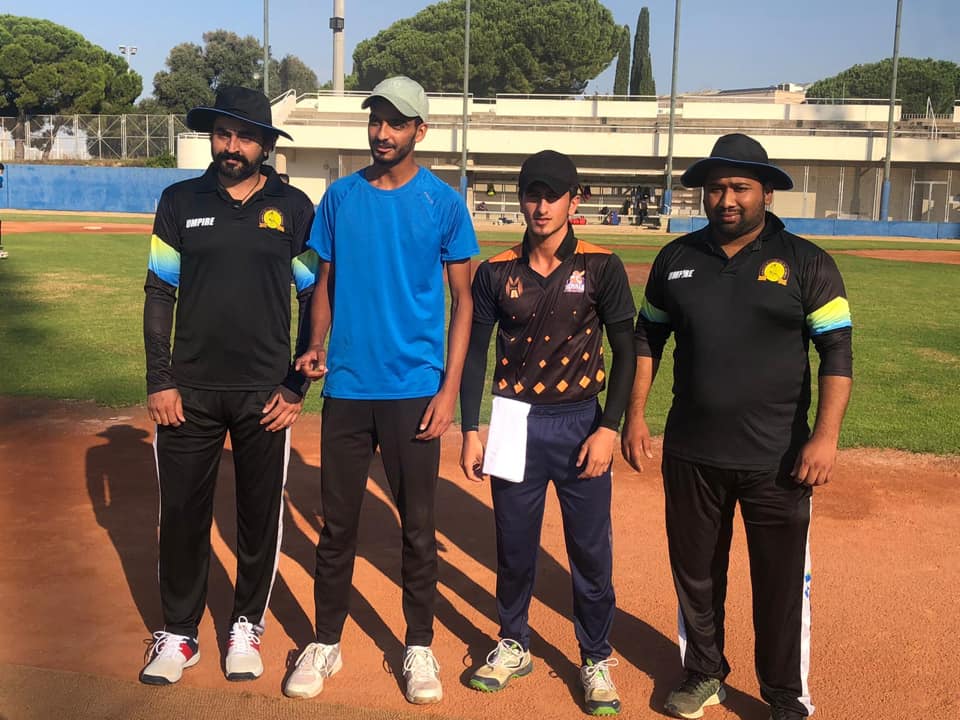