Levante got the two wins required to remain the prime candidates to be the ECCL representatives for this years National Final. Both matches proved to be relatively low scoring affairs and with two comfortable victories the team from Valencia managed to boost their Net Run Rate in the process.

Batting first in match one, and having only nine men, the Intellectuals posted a score of 51 for 8 in their first innings. Faisal top scored with 18 not out, whilst both Zain and Immy were impressive with the ball for Levante, taking two wickets each for the cost of 10 and 18 runs respectively.

Faisal was also impressive with the ball for the home team, securing the only wicket to fall. Opener Shakeel hit a fine 27 not out as Levante breezed to victory in just 33 balls.

Match two was an equally convincing victory for the team from Valencia. Batting first the home side did slightly better the second time around, making 81 for 8. Javeed hit 21 for the hosts but the most dominant players in this section of the match were the two Levante bowlers Faiz and Zain, who took three wickets apiece, in their four over spells.

It took Levante nearly eleven overs to pass the Intellectuals total and they lost three wickets in the process. Shakeel was once again amongst the runs, hitting 28, but it was an unbeaten fourth wicket partnership between Furqan (20 not out) and Asid (17 not out) that give the visitors consecutive victories.

With Madrid having to retire from the league because of players in lockdown, all their match results have been removed. La Manga travel to Bonalba this weekend knowing that two victories are required. The following week the Intellectuals travel to La Manga for the final two games of the league this season.

Levante 57 for 1 beat Intellectuals 51 all out by nine wickets. 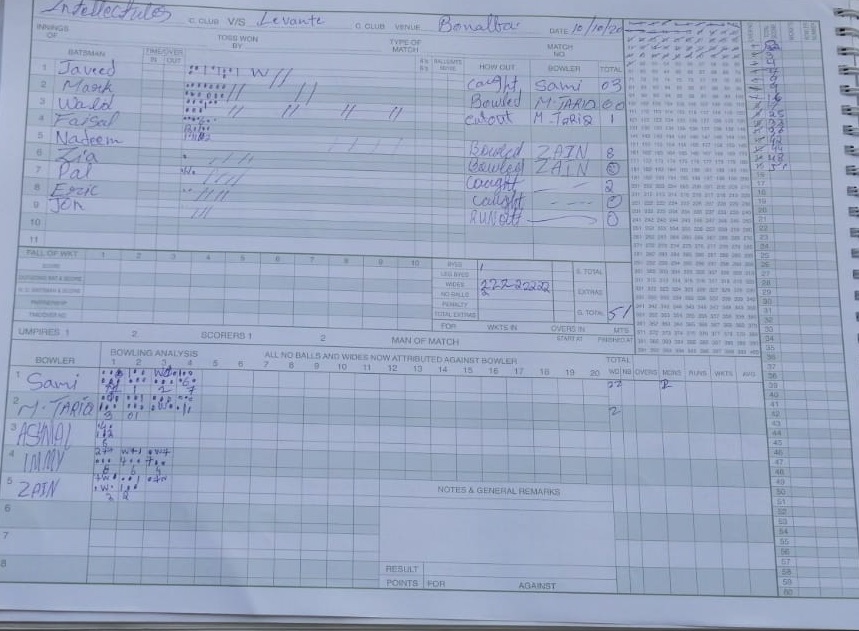 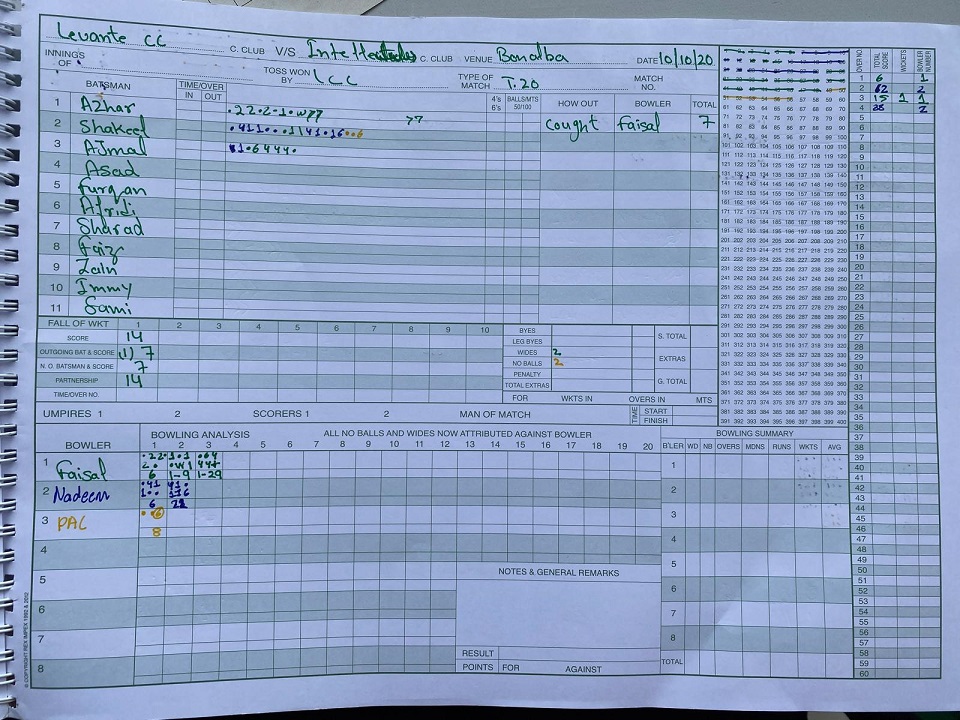 Levante 84 for 3 beat Intellectuals 81 all out by seven wickets. 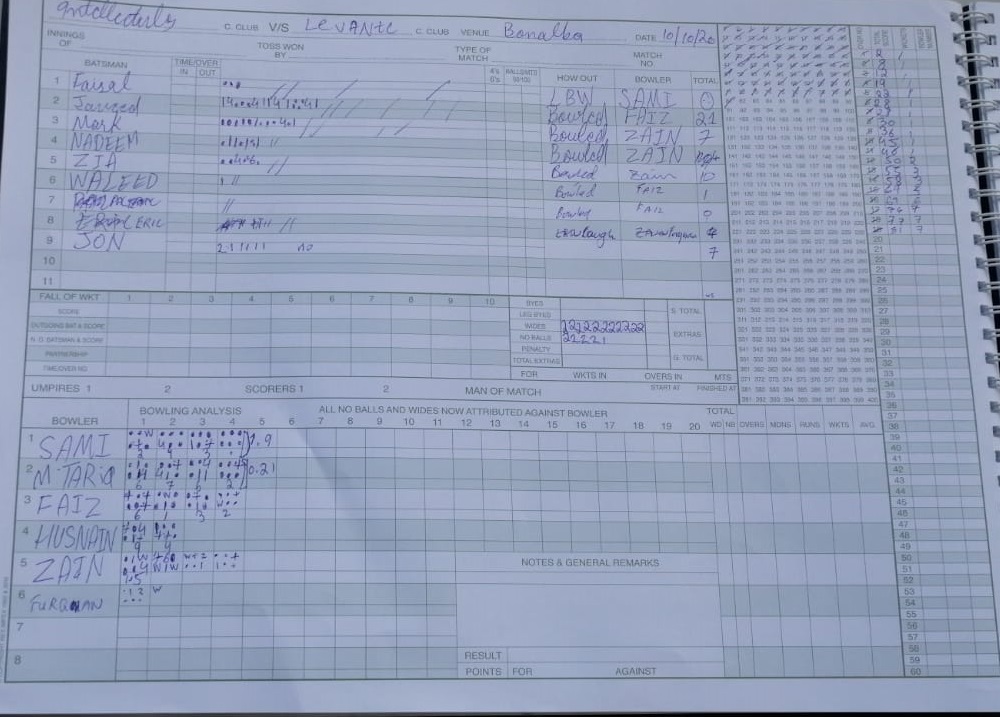 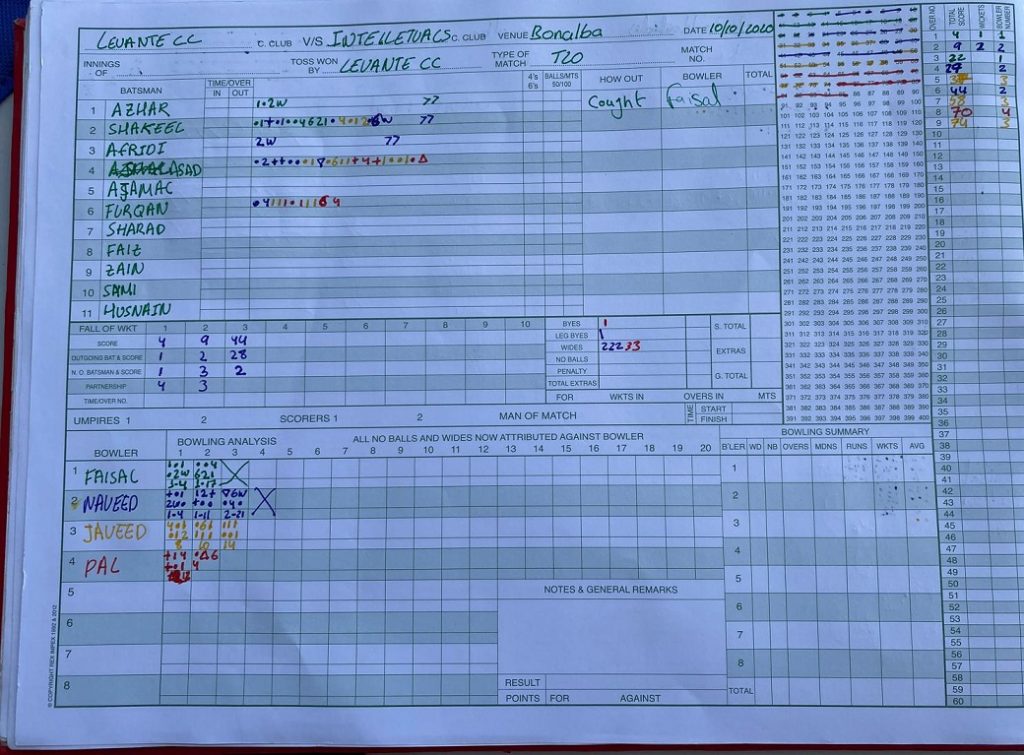