Intellectuals of Alicante and Pinatar Pirates warmed up for the new season with two matches at Bonalba last weekend. First of all they played a thirty over match, swiftly followed by a T10 encounter.

In the thirty over contest the visitors batted first and posted a total of 296 for six from their over allocation. Jassi Singh top scored with a knock of 84, which included 7 x sixes and 5 x fours. He was ably supported by Vikas Singh who scored an half century for his club. Usman was the pick of the Intellectual bowlers taking both the wickets of Vikas and Jassi in a very productive spell.

In reply to the challenging total set by Pinatar the Intellectuals posted a total of 178 for 6. Struggling at 105 for 6 the home side rallied and Hafis (46 not out) and Mark (21 not out) put on 73 for the seventh wicket to give the final score some respectability.

Pinatar followed up on their 118 run victory with another win in the T10 match that followed straight after the main event. Both teams will meet again at Alfas next week in a six team T10 competition that is taken place at the Albir ground between 2nd-6th March (more information on that event to follow9. 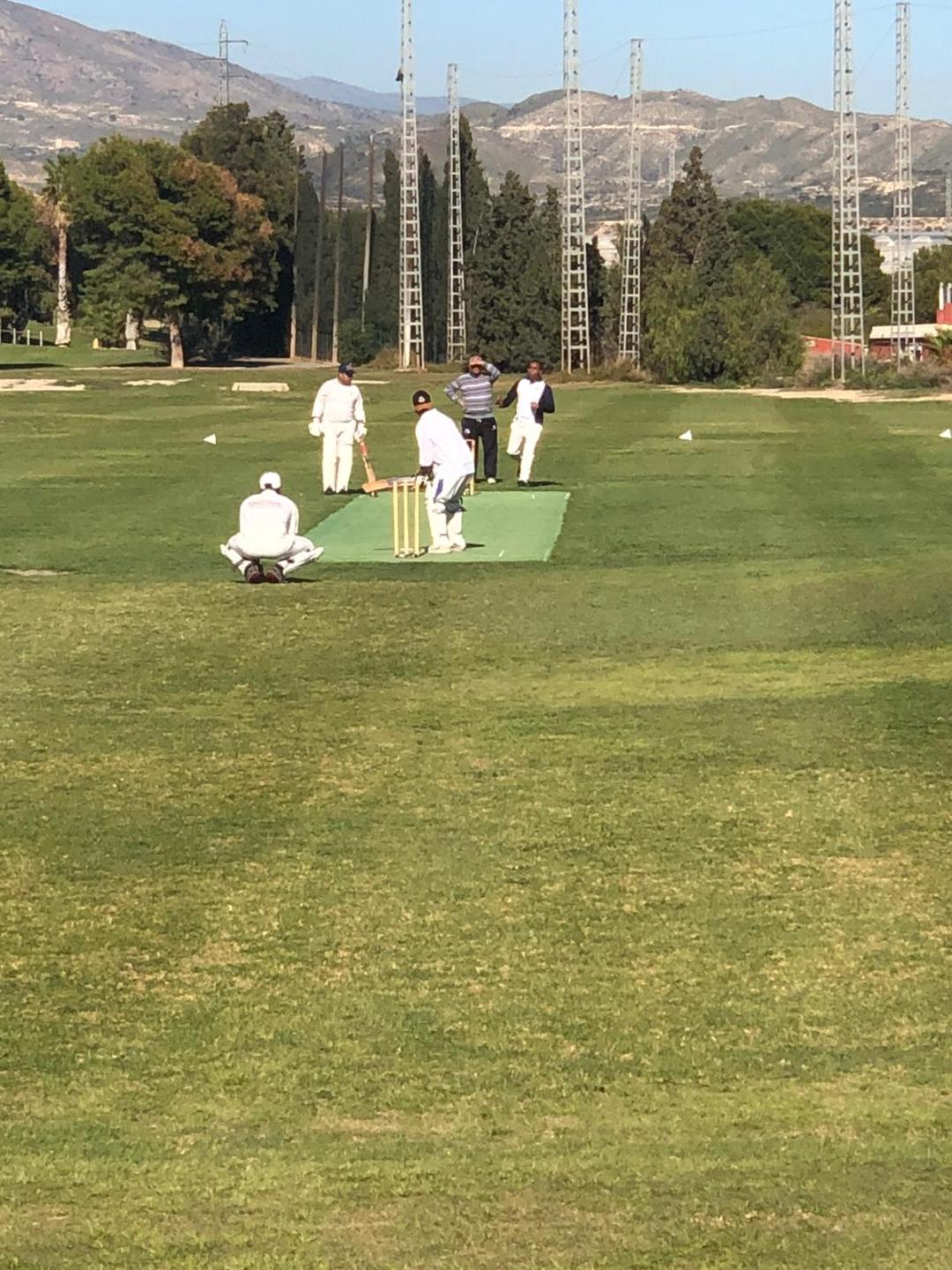