Father and son James and Jamie Riley were instrumental in giving their side (Costa Del Sol) a thrilling one run victory over Malaga at the Cartama Oval today.

They forged a 61 run partnership for their team for the ninth wicket, (with Jamie scoring 27) to help CDS post a total of 171 for 9. In reply Malaga came agonosingly close to victory, only to fall one run short of the required total, finishing on 170 all out.

Jamie also had fine bowling figures, finishing with one for 13 from his five overs, as well as taking a catch in the outfield. For his efforts he was awarded with the man of the match by both teams.

The 13 year old, who will be 14 in March is already being scouted by Cricket España and last year he won the Cricket España scholarship to attend the Root Academy in Desert Springs.

Congratulations to Jamie, and both teams for serving up a thrilling contest. 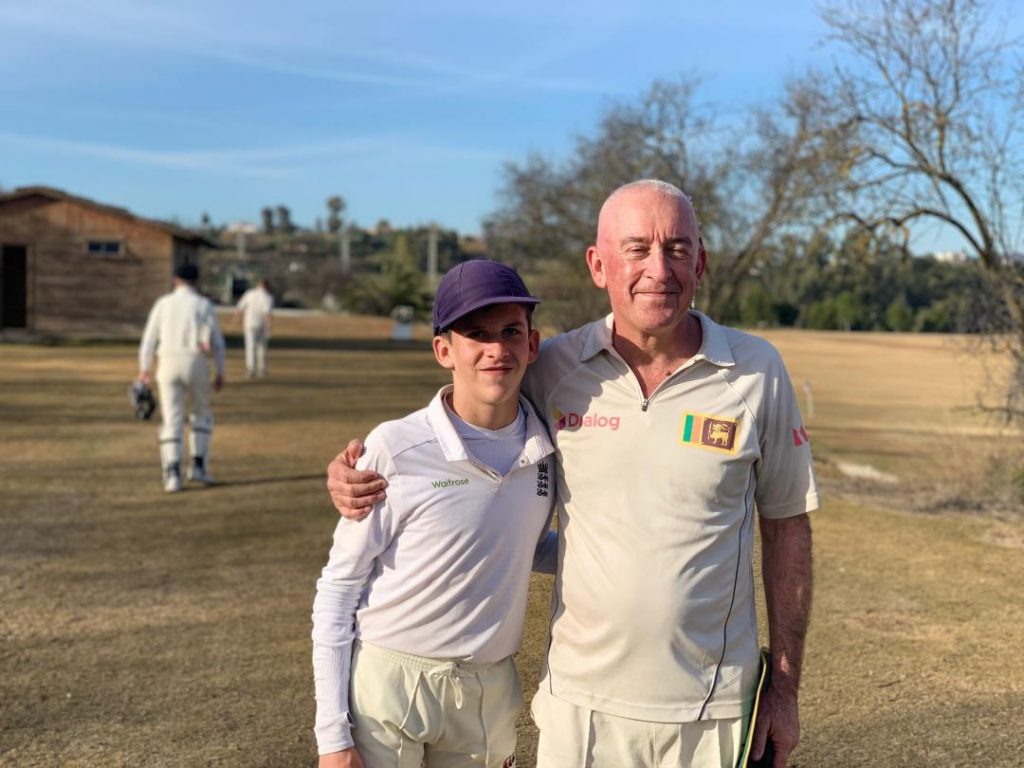 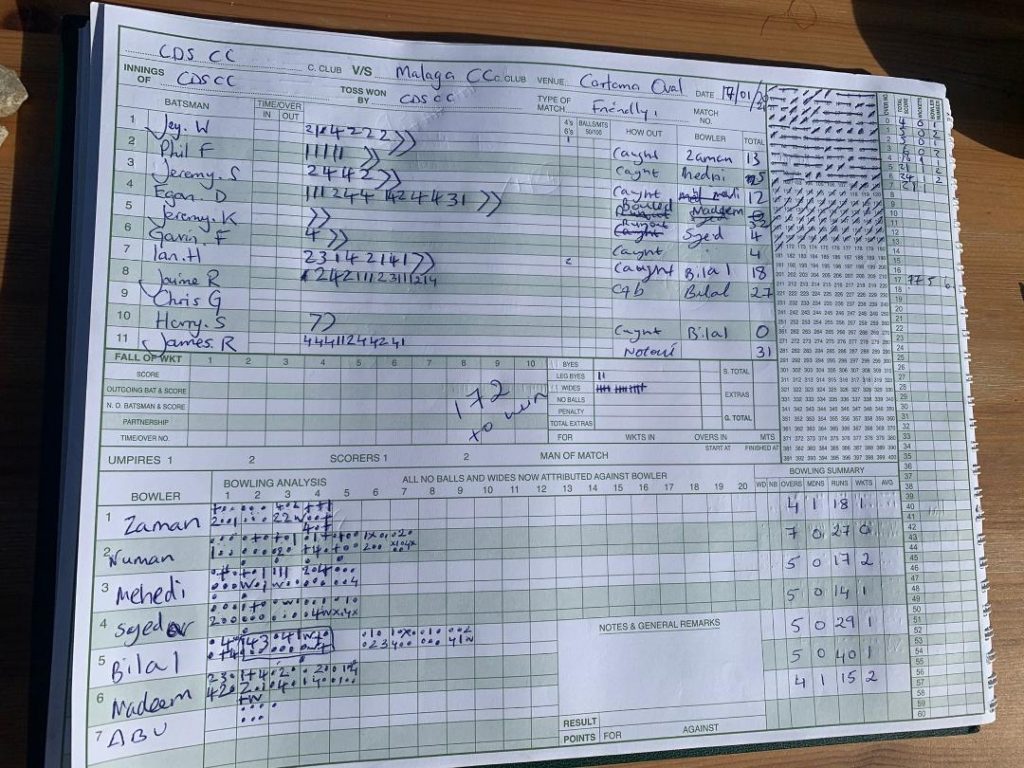 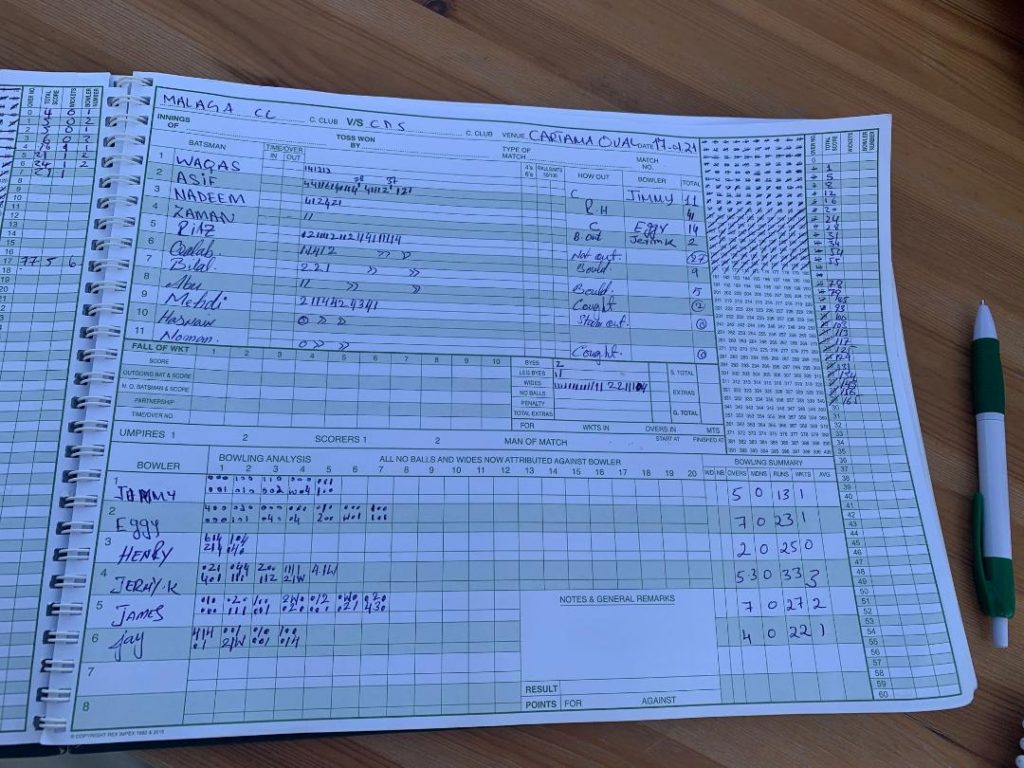