Welcome once more to another on line interview with some of Spain’s most talented youngsters.

Cricket España´s Junior Director Harmit Phull (Rico) recently interviewed Jack Perman who was born in Spain, and started as a Sporting Alfas junior, before making it all the way to playing for the national team.

Well, today we once more go to Barcelona to interview another Spanish born youngster who also made it all the way to being selected to play for the national team,

Thank you Nadim Hussain to agreeing to take part in this interview.

Nadim will answer the standard 15 questions that our juniors around the country have answered, and a few further questions that were put to him in relation to his success with the national team. 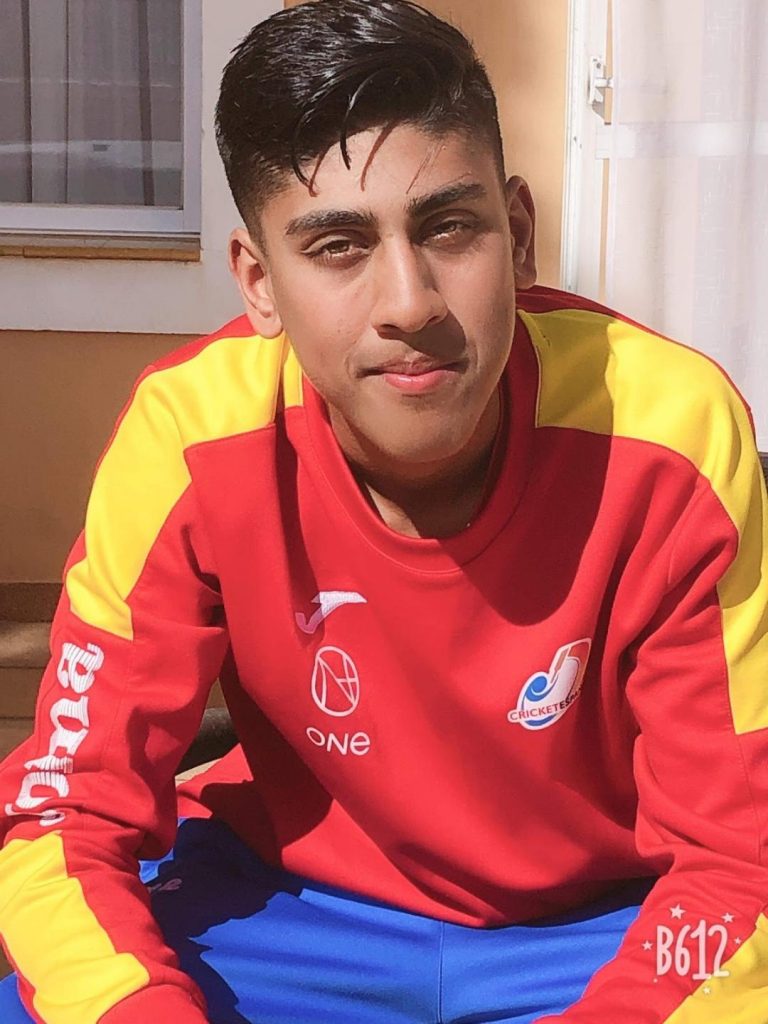 Nadim : My first memory of cricket is the day of my debut where I took a 5 wicket haul.  I made my debut when I was 14 years old with Catalunya Cricket Club in the Catalan League, that takes place every year in Catalunya and at the beginning of my career as a cricketer I got 5 wickets-haul and I think I would be the youngest player to do that, at least in Catalunya (14 years old).

Nadim : Honestly here in Barcelona we have no training facilities. we don’t have nets. I usually play cricket with my friends on a public place that is located in Barcelona Center, in Raval. The track is called “Pista Sant Rafael”.

Nadim : I have many good perfomances but my best performance was on August 26, 2018 in the Junior Cricket League in Barcelona against Al-Qaim CC because in that match I got my best bowling figures 5/16 in 4 overs.

My favourite perfomance and also my debut was on September 4th, 2016 in the Senior Cricket League in Barcelona because in that match I got my first five wickets-haul 5/23 in 5 overs. 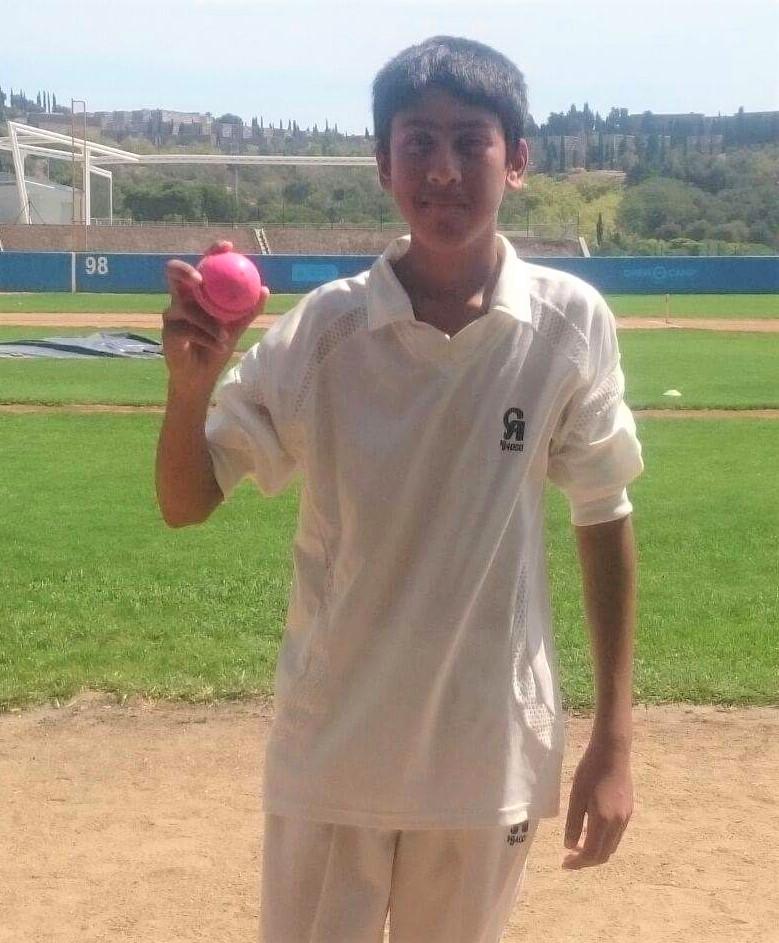 Nadim : I started to like cricket in 2010 because that is when I saw the first game and I saw it with my father because he is a big fan of cricket. But cricket motivated me a lot in 2011 for the World Cup and for the person I have started cricket there can be no other than Shahid Afridi. Shahid Afridi is my inspiration, not only in cricket, but in real life also  From there I started to play cricket on the street with my friends. From 2011 cricket is my life.

The effort that all have made so that cricket can be played in Spain and the effort of all the players to support, believe and enjoy cricket. And thanks to that cricket in Spain is growing. (I speak generally and for all Spain)

Nadim : There are many things that need to be improved, for example the grounds overall in Spain, facilities for training, having a good base of cricket and more things.

Nadim : I have several memorable experiences. First of all, starting cricket in Spain for me is already a great experience and I still enjoy it  Playing ECL was also a great and unique experience. My journey with Spain under 19 also was a magnificent experience (La Manga Tournament and Tour in England, Essex) Play with “Spain A” where all started. Debut with Spain and receive the cap of honor. 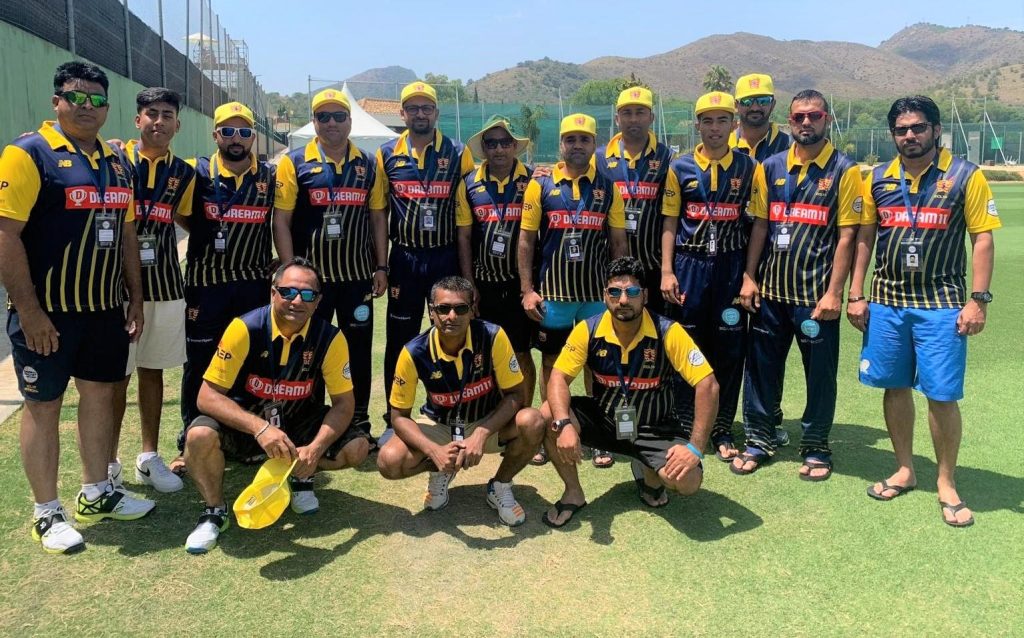 Nadim : Continue being part of Cricket Spain, playing at the best level of cricket and competing against the best

Nadim : As I said in amy previous question, my idol is Shahid Afridi. Thanks to him I started playing cricket because I love his game, I love how he is in real life, in apart from being a cricketer, he is a great human being, for me he is the best example for all the people. I could spend hours and hours talking about him.

Nadim : Clearly with Shahid Afridi because he is my idol. Although I would also like to have dinner with Lionel Messi, because Messi is my all time favourite footballer and Ter Stegen, he also are my idol I admire him very much.

Nadim : For the better I think that now we can spend time with the family and for the worse we miss going out, seeing friends, playing cricket and more many more things.

Nadim : Please be at home, taking good care of yourself, following all the rules, for them, for their family and for all those who are working on the front and keep doing exercises that can be done at home. Against this we all have to fight together and soon we can all go back out and enjoy again INSHALLAH.

Nadim : When I started playing cricket I didn’t know if one day I would play for the Spain National Team so young and in such a short time but I was always thinking, imagining.

Rico : When you thought it could be a reality, what was your key motivator to keep training and improve further so you could get into the team?

Nadim : My great motivation was my coach, my captain Armghan Khan Sir, he was always motivating me, supporting me from the first moment we met. I would like to say that where I am today, everything I have learned is thanks to him and also to thank the other Seniors who have taught me many things (Yasir Ali, Saqib Ali, Tanveer Iqbal, Ali Bhatti, Ali Raza) I always give my best when I play, I always play motivated with great enthusiasm and always learning from each game. 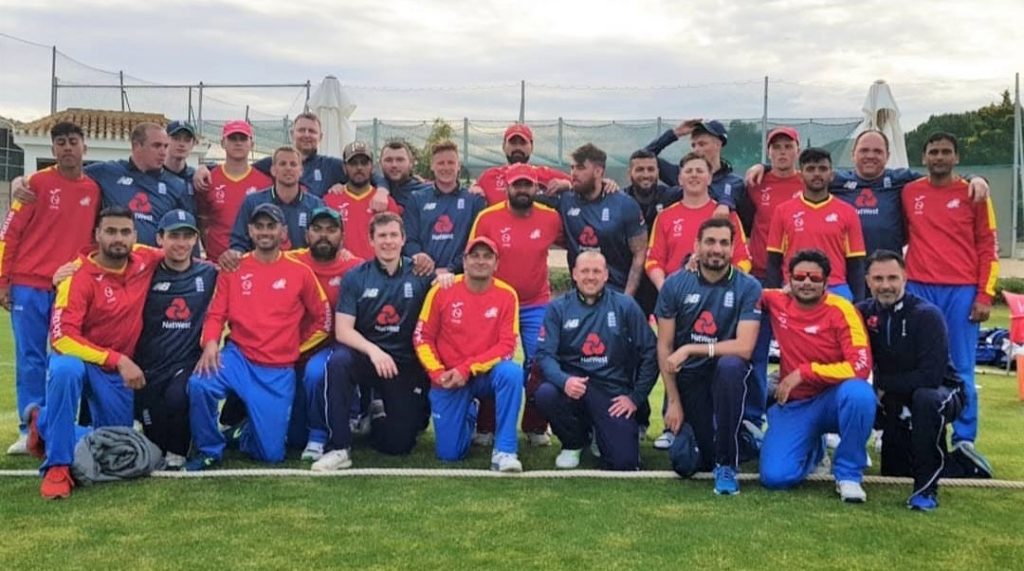 Nadim : My first game representing Spain was on October 26, 2019 against Portugal. It was super special and something I can’t express it. The best thing was that on my first ball of my spell as an international player I took a wicket and I still remember that moment as if it happened yesterday.

Rico : What was it like to be in the dressing room with the other players and coaches before the start of your first game?

Nadim : It was a little bit strange, nervous for being new and the youngest but at the same time it was very special because everyone came and congratulated me, talked to me, made jokes and that made me feel comfortable. I have a very good relationship with everyone and before my first game everyone motivated me a lot, gave me advice and encourage me

Rico : What for you, has been your most memorable performance for Spain?

Nadim : Now is when I just started my career so far I have only played one game, but it brought back many memories of a single game. As I said before the best thing about the first game was that on my first ball of my spell as an international player I took a wicket but I do have a memorable performance with Spain U19 when I took 4 wickets against Denmark in ICC Under-19 World Cup Qualifier Europe Division Two in Essex.

Nadim : Not much has changed, but  I am very proud, my family and friends were very surprised when I told them for the first time that Spain called me.  It is true that many people are very surprised when they find out that I play in the Spanish National Team and they begin to ask me many questions.

Rico : You may have seen in the interview with Manish, a talented junior also from Barcelona saying that his goal is to play for Spain. What message or advice would you give to any youngster with the same ambition?

Nadim : First of all my advice to any youngster would be if he wants to play cricket at a good level, play with passion, motivation and enthusiasm. -Set goals and always believe in yourself -Train hard because it’s true that practice make perfect -Respect your seniors and learn from them

Thank you very much Nadim for these superb answers, Cricket España look forward to seeing much much more from you in the future for club and country. 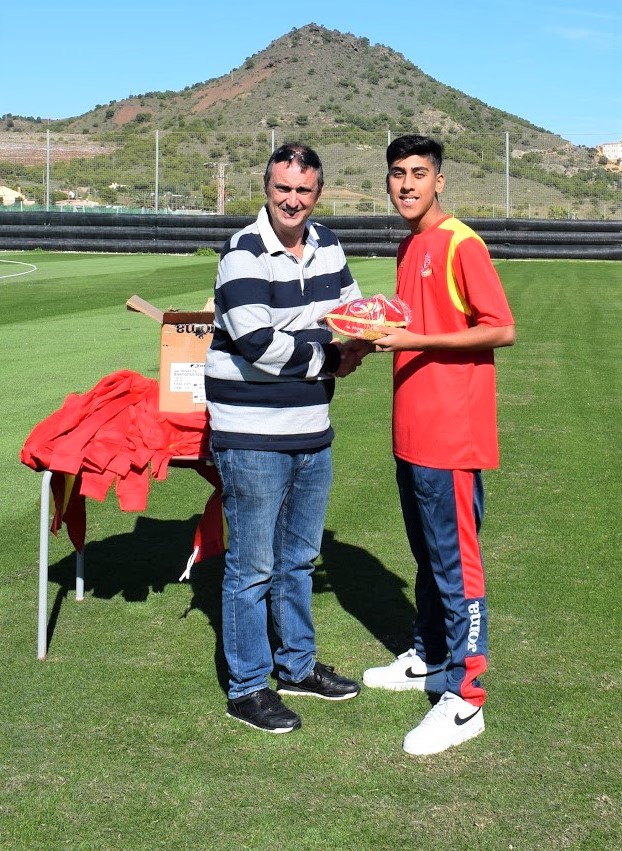