The ECCL T-Twenty League kicked off last weekend with Madrid CC competiting in all four matches. Here is a round up of Madrid’s double headers against Sporting Alfas and Intellectuals from their batsman Harry Young ..

On the Saturday we played two T20 games against Sporting Alfas, in the first game we lost the toss and were put into bat.
We hit 119 with J Woodward top scorer with 32. With the ball we took only three wickets, Angs the pick of the bowlers with 3 overs for 15 runs and one wicket.
https://cricclubs.com/CricketEspana/viewScorecard.do?matchId=105&clubId=13753
The second game we bowled first and Alfas hit 205 losing only two wickets, Varun standing out with figures of 4 overs for 21 runs and one wicket. We faced a mammoth task batting and managed to make it to 151 for 4 off 20 overs, a great effort with Raheel hitting an unbeaten 35.
https://cricclubs.com/CricketEspana/viewScorecard.do?matchId=106&clubId=13753
On to Sunday we were playing against the Intellectuals in Bonalba. In the first game we bowled first and restricted them to 154 with Varun taking 2 and Deepak 3 wickets. Batting we chased  it down with 2.2 overs remaining (Raheel 46*).
https://cricclubs.com/CricketEspana/viewScorecard.do?matchId=109&clubId=13753
The next game we bowled first again and dismissed them for a similar score of 164 for 7, Varun again taking 2 wickets and 2 for Jono too.
Batting we won with 2.1 overs left with Deepak hitting 34*.
https://cricclubs.com/CricketEspana/viewScorecard.do?matchId=112&clubId=13753
Overall a great weekend of T20 cricket and looking forward to the next round of games which will be a 40 over contest.
Harry Young – Madrid Cricket Club 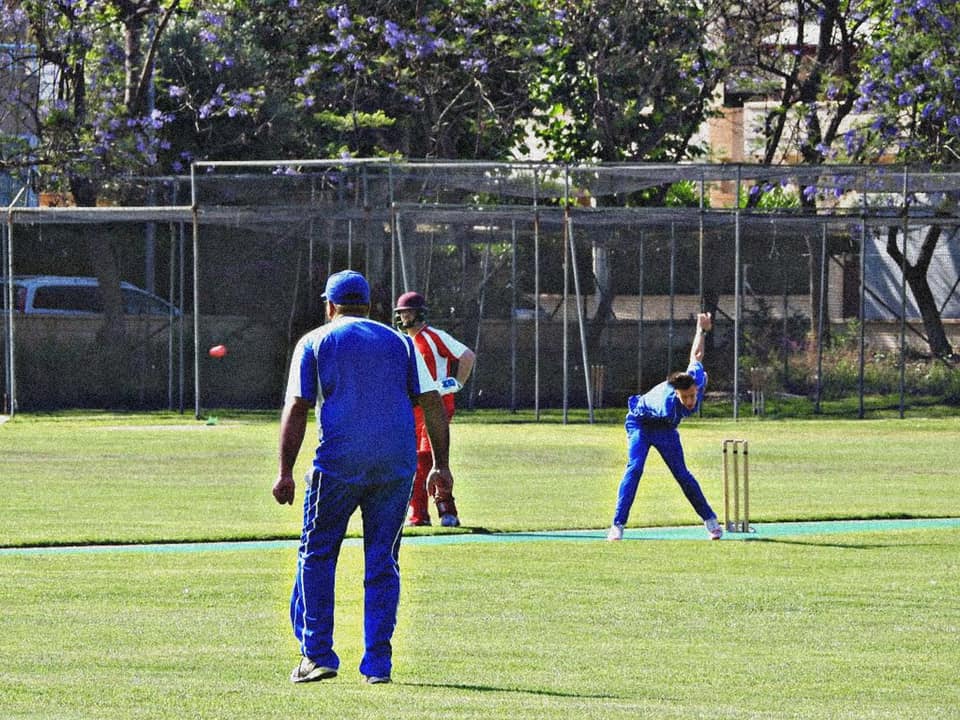