Cricket España are delighted to welcome Corey Rutgers as the new coach of Cricket España. Corey has a wealth of experience on the European and International cricket stage and will take up his new role on November 1st.

Corey will soon be in action as Spain will have inivitational matches against Austria and the MCC at Desert Springs in mid November.

On being appointed coach Corey said

” Firstly, it’s an honour and privilege to be joining the España cricket family. I`ve seen how much the country has been growing globally within the cricket community in recent years and to be asked to be the national coach is something I am very proud of and could not turn down. We have a very talented group, world class facilities, and academies all over the nation. I am looking forward to adding to the development of Spanish cricket from the grassroots to the highest level as we endeavour to become a top nation on the cricket map over the coming years”

Corey’s past coaching experiences include working with franchises on a global stage such as Islamabad United and Falcon Hunters. At a national level, he was the assistant coach for the Netherlands men’s team and the head coach of the Belgium National team for a short while.

Domestically, he has been very successful for VOC in the Netherlands, and he was the player coach for the club when they won the inaugural ECL event in La Manga in 2019. 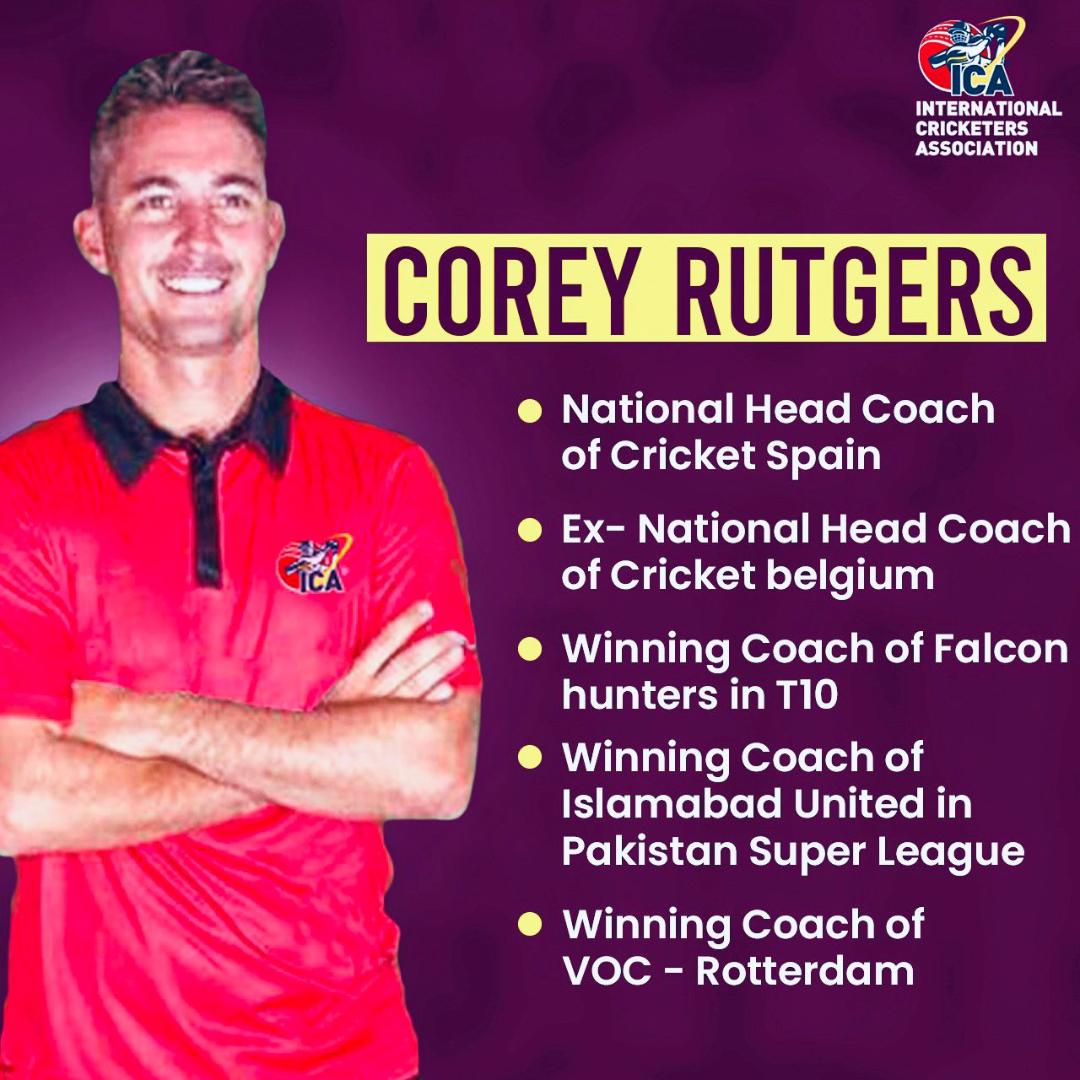