The European Cricket Series returns to Barcelona this month, bigger and better than ever before. 24 teams will participate in the event, that will take the format of a double round robin in the Group stages. The winners of the four sections will advance to finals day on the 12th March.

The first of the 124 games takes place early on the 8th of February when Men in Blue face Bengali at the iconic Montjuic Stadium. Cataluyna Tigers, Fateh, Gracia and XI Stars are the other four teams in Group A, and they all participate on the initial day of the tournament, which is earmarked for five matches a day until the finals day itself.

Group B teams enter the frame on the 9th of February with the winners of the last series Pak-I-Care entertaining Pakcelona in the first match of the second day. Hira Sabadell, Ripoll Warriors, Barna Royals and City Lions complete the six sides in that section.

On Monday 15th February Group C gets underway. Minhaj will be keen to do well as potential representatives for Spain in the ECL later in the year but they have a tough test against Raval Sporting in match one. Bangladesh Kings will also fancy their chances whilst Barcelona Gladiators, Skyways and Kharian could be surprise packages.

Group D finally come to the party on the 16th Feb with their first set of Group matches. One of either Falco or Badalona Shaheen will be favourites to progress, but do not rule out spirited efforts from Punjab Warriors, Black Panthers, Hawks and Trinitat Stars.

Thanks go to all the teams, and a special mention must go to the Catalan Cricket Federation and all their members who have been involved behind the scenes in preparing for this five week event.

Fan Code will be showing all the games live, and the start time every day during the group stages is 8.30 am local time. 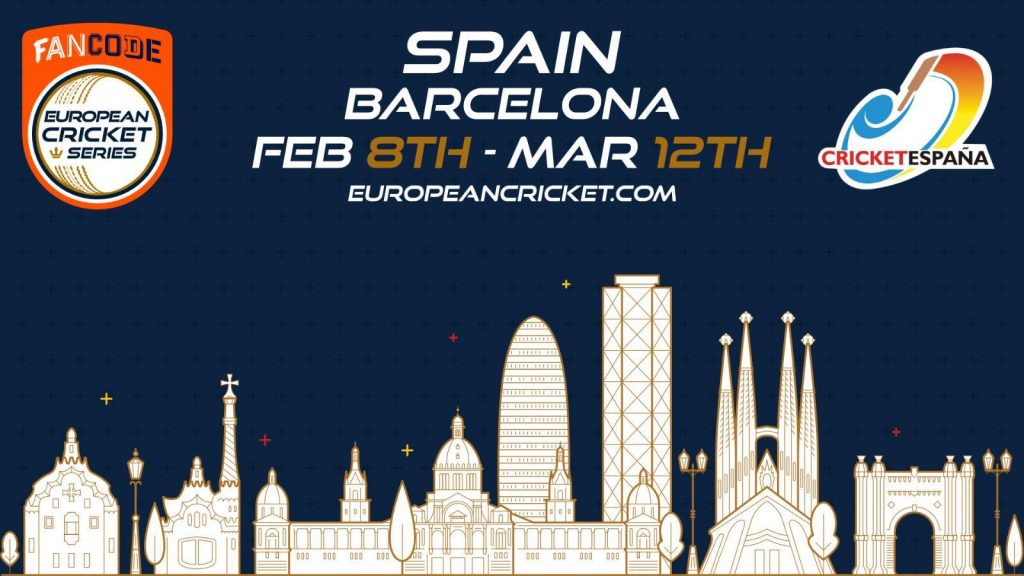