My name is Nick Gaywood and I am responsible for the Cricket Sales at Desert Springs. I am a cricket fanatic who still plays regularly and although UK based for much of the time I get plenty of “Spanish time” to support our cricket guests in the resort. Clearly our business at Desert Springs is based on a commercial footing but I have developed a real passion for the development of cricket in Europe and of course for Cricket Espana in particular!

It has been great to see so much cricket activity in Spain over the past year. Cricketers from all levels of our great game are being drawn to the ever-increasing selection of Spanish cricket facilities available. With the exception of Holland which other nation can boast 3 turf wicket venues?  How lucky we are to be able to combine all year round cricket weather with the availability of high quality grass surfaces just 2.5 hours from the UK and most of Europe!

With our new match ground at Desert Springs well established, cricket activity has understandably increased and our relationship with Cricket Espana has been developing, with benefits for both parties. For example last October The Root Academy was delighted to involve a group of Spanish youngsters in their Desert Springs Autumn Festival. The great work that Rico is doing to get more Spanish youngsters playing our game is commendable and the Spanish boys and girls attending acquitted themselves superbly. The UK party at the Festival were clearly surprised by the talent on show! We now have a Desert Springs XI made up of locally based players and both John Howden and George Wambeek have proved exceptional at finding me Spanish players or teams to help host touring sides when required. Indeed the Pinatar Pirates have adapted quickly to the turf pitches and The National side helped us open the ground 3 years ago and it was fantastic to get them back again a few weeks ago and to see them beat a highly ranked Germany side in one of the games. There were over 600 runs scored in the 2 matches played, all on a ground with bigger dimensions than most county grounds. Some great entertainment for the 50 or so spectators who watched the games!

The new ICC incentive of World Ranking points for all international T20’s is proving to be a real catalyst for European cricket. With Finland shortly to play Spain on our ground and Italy, Gibraltar, Holland, Guernsey and Denmark already having been guests at Desert Springs, we are becoming a real hotbed for European Cricket. Added to this regular visits from first class counties to both Desert Springs and La Manga, the European Cricket League, an 8 nation T20 World Cup qualifying tournament running at La Manga and Spain being a European venue for The Root Academy and you can see that the profile of cricket in Spain can never have been higher. What a great opportunity to grow the Spanish game further!

These are obviously challenging times, but Desert Springs remains buoyant. Our grounds team continue to work on the cricket facilities and we are still getting enquiries in spite of the current situation. The Autumn could be a fabulous time for Spanish cricket as cricket starved enthusiasts from all over the UK and mainland Europe look for locations where they can make up for lost time! Getting cricket into the Olympics could also be the boost we need to get cricket on the school curriculum throughout Spanish schools.

Play straight and be patient. I’m sure cricket will be back on the agenda soon and Desert Springs is primed and raring to go! 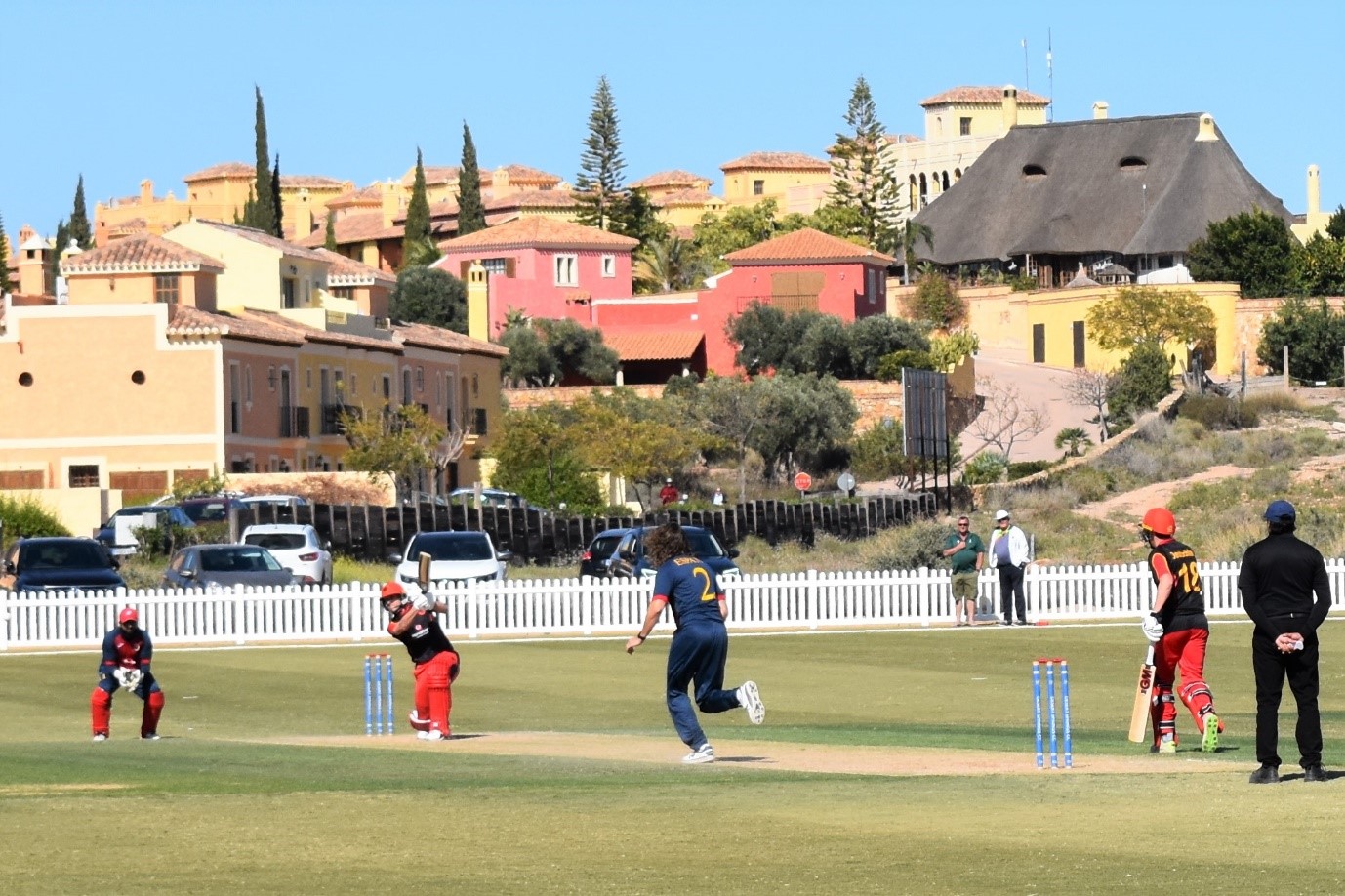