Today´s daily snippet comes from the South of the country and Egan Steven Dantis. Egan recounts the memorable day when England won the world Cup last year. Several Cricket España members from the Costa Del Sol region, along with one very special friend from Cricket Scotland, converged upon the Cartama Oval that day to watch the final.

Egan takes up the story :

On a beautiful sunny Saturday afternoon on July 13th 2019, I received a phone call from Cricket España CEO Mr. John Howden, asking if we could organise a lift for Sue Strachan and her husband David who were in town from Scotland Cricket and wanted to watch the World Cup final somewhere in Malaga and asked if we could host them both for the day?

As many Costa del Sol Cricket club members had already decided to meet to watch the game at the ground it was a great opportunity for all, with free flowing drinks and a Barbecue planned to show  just why we receive so many compliments about our cricket facility. 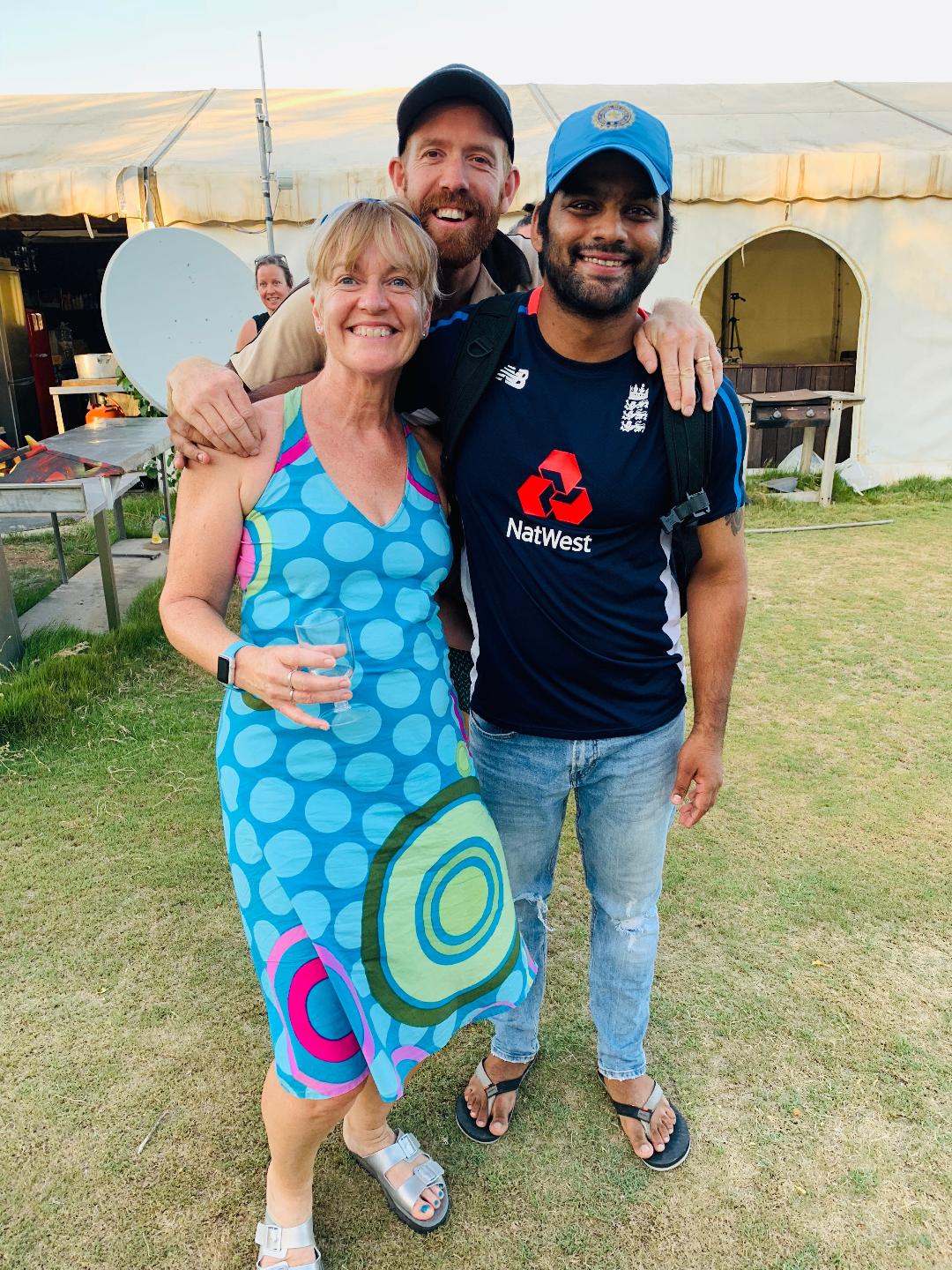 After our drive up from the coast and entered through the large gates to the ground the expression on Sue’s face as it opened out to unveil the two grass outfields said it all…! It was nice to hear her reaction to ‘how amazing it was’ and couldn’t help mentioning ‘what a beautiful backdrop’ it was for playing cricket with ‘idyllic surroundings’.

New visitors are often taken aback as it must be so unexpected after the journey through the local villages to get to the ground as it is often commented how lucky we are to play host to one of the best grounds in Europe… And who can argue having just added an artificial wicket to each of the two pitches to be able to hold even more events throughout the year. 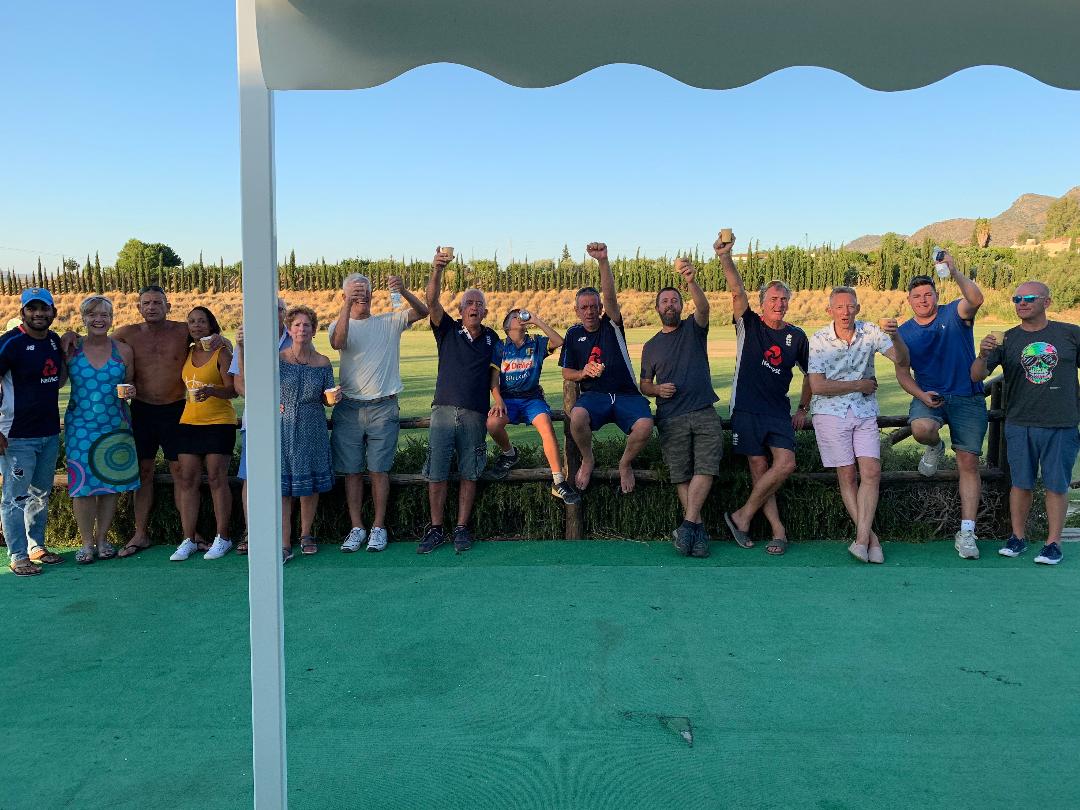 Shorty, after we all gathered for the start of the game…

After New Zealand beat India and England beat Australia in the semis the majority present were taking to supporting England over the All Blacks and any neutral was likely swayed by the involvement of one of our members, Sports Psychologist for the England Squad and youth team development officer for CDS CC Mr. David Young.

So the scene was set with many of the members in England cricket training kit as well as a couple of supporters who were genuinely from New Zealand to complete the number; Richie Abbott and his wife, Mrs Abbott who seemed quietly confident in their mood and there was no lack of focus on their faces during the opening overs.

Every England wicket was greeted with a loud cheer from open mouths full of chicken wings, Burgers or sausages from the BBQ as the action continued in good spirits…

After the 1st Innings Sue and David were taken down to see the man-made fishing lake which is full of carp located next to the far cricket pitch. The conversation continued on the subject of cricket, Sue’s interests in other sports and her views on the emergence of women’s cricket in Scotland which included stories of their recent tour of La Manga C.C. in Murcia which she relived fondly when she attended alongside the Scottish women’s team. Sue also commented on how impressed she had been with the area, and Malaga was somewhere she would indeed like to return to and even try and get a game or two organised at the Oval.

Once we got back to the Clubhouse things were perfectly placed for the start of the second innings. Similarly, now, every England boundary was greeted with huge cheers while each New Zealand wicket was met with nervous sighs and a small squeak of approval from Richie and Mrs Abbott from the far end of the room with the odd jump for joy.

England, as we all know narrowly went on to lift the world cup trophy after a dramatic game that was decided after a 6 ball sudden death – winner take all – super over that was full of drama in an unprecedented turn of events, in one of the most important matches ever seen in the game. 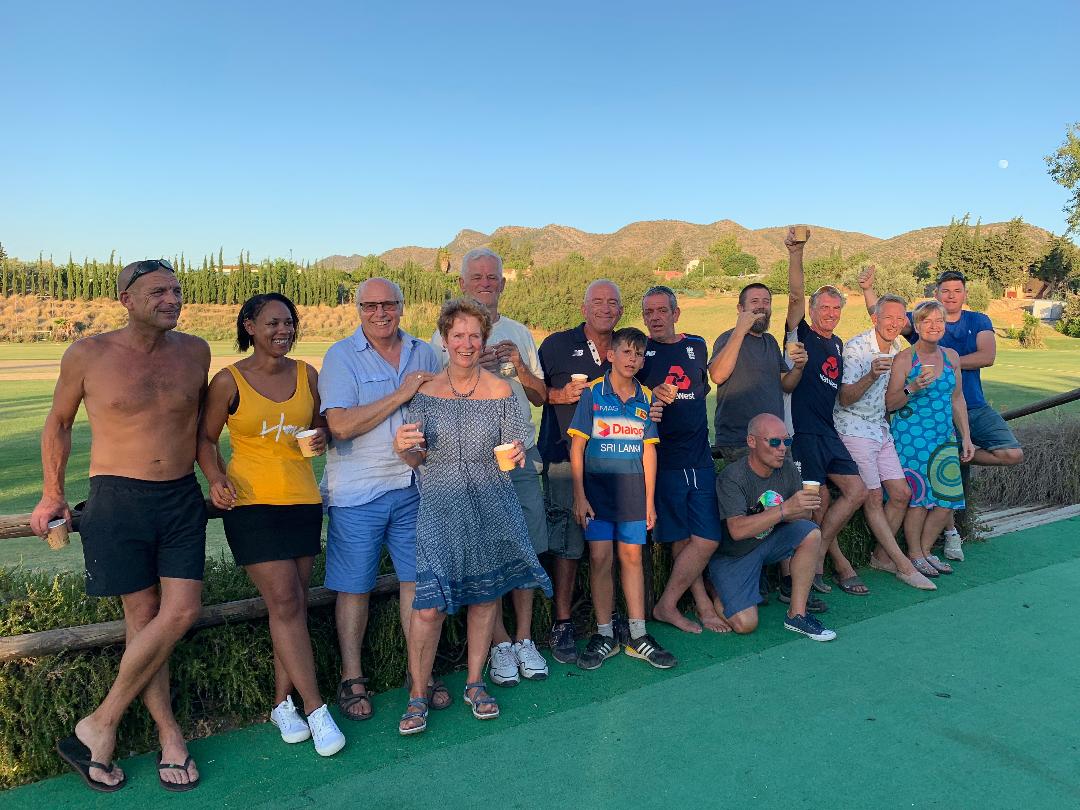 After a rollercoaster match it was fitting that all present were overwhelmed with what they had witnessed from both sides. There was an element of sympathy for the All Blacks who had performed brilliantly well and provided a thrilling contest and it was voiced by many that the outcome of the game could have gone either way.

Some group photographs were taken at the end to cap a memorable day of cricket. The event finished with music, firecrackers and a few more drinks which only added to the day Sue and Dave had shared with us and it is fair to say it would be an occasion that would be remembered fondly by all who attended.

We would like to thank Sue and David for adding to what was a special day for everyone.

Watch some of the clips of that day on July 14th with some of the nervy moments from the ground available on our social media accounts…. 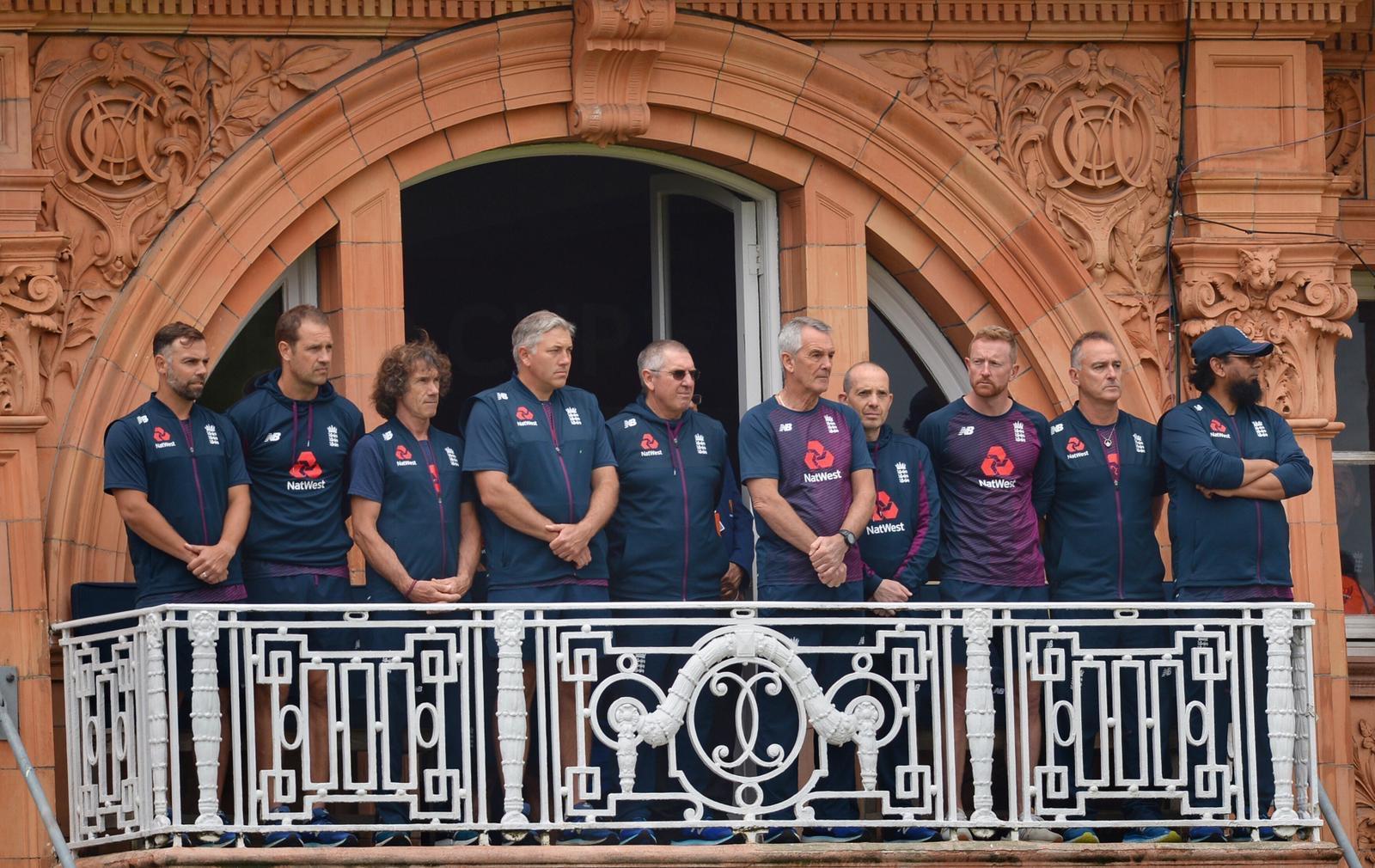