Today´s daily snippet is courtesy of Cricket España´s Mr. Versatile Harmit Phull (known as Rico). Rico is officially involved as the Junior Director of Cricket but is also a player, coach and umpire. He also organises the Spanish Over 40 side in their annual quadrangular tournament against the UK, Denmark and Holland, and more recently commentated on the inaugural ECS Dream 11 series that took place at the Woodbridge Oval, in Albir.

In lock down like us all, and one of many things its allowed me to do, is go through what’s  in  those  old dusty boxes that until now,  I  have not got round to sorting through. And if like me, you have been playing cricket for some time (me over 40 years), well you’re definitely going to come across some cricketing archives!

Look at those score cards, Yep, those were definitely the days, when as one of the key bowlers in the side, your job was to keep one end going. These were time games with no bowling restriction on overs, so it wasn’t the case of bowl your 8/9 overs and your job for the team was done, there was some serious work to be done and it took some stamina and fitness! Yeah, things were a little different all those years back in the UK, Honey Pot Lane Stanmore to be more precise, at the fantastic  North London Polytechnic cricket ground, where I started my cricket as a colt. 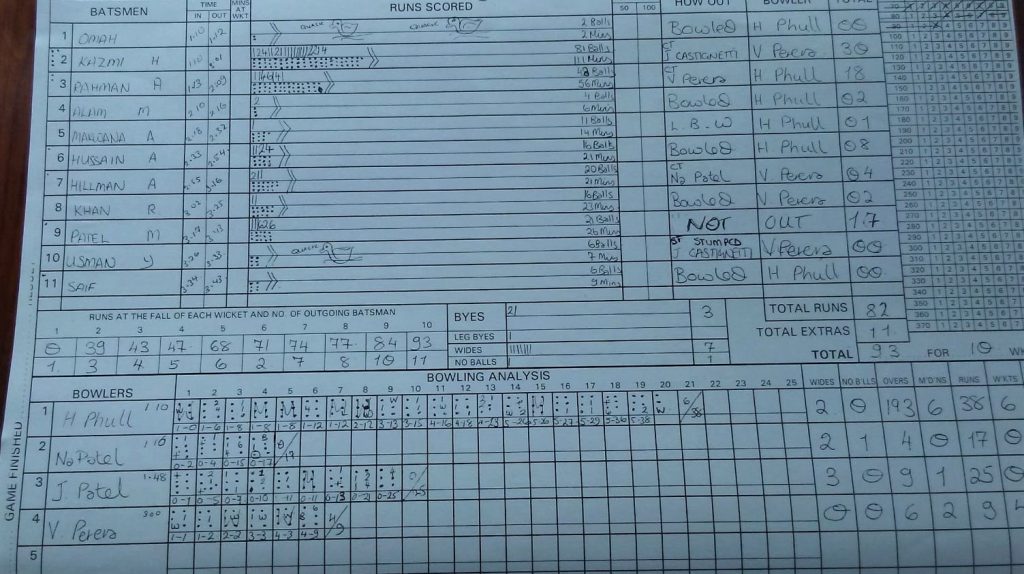 I recall the 40 minute bicycle journey to the ground on net evenings, every Tuesday and Thursday evenings starting in April and continued until the end of the season. At that time the club ran 4 teams and if you wanted to play over the weekend, you needed to attend nets; it was as simple as that. These weren’t net sessions that teams are used to these days; there was no club or external coach, just experienced 1st team cricketers and some older knowledgeable players now enjoying their cricket  in the 3rd  team. They joined forces and organised a system during the 2/3 hour session and offered advice to the players. Around 6 of us would turn up early and the two who were batsman batted while the others just bowled. Gradually the numbers increased as the players arrived straight from work, and by 6pm all six nets were in full swing, and all I wanted to do was bowl. I would be moved from bowling in one net to another and every time I was told it was my turn to bat, I said I would go later, I just loved to bowl. I guess it was these net practices that had me accustomed to bowling 20 plus overs in most games. After some catching practice using the slip cradle and doing some in the deep outfield catching and throwing, and as it got dark, the training came, sadly for most of us, to an end. Showered up, everyone was in the club house bar where the other very important aspect of this successful club was seen, the social element, we weren’t just a team on the pitch, we were one off it too. 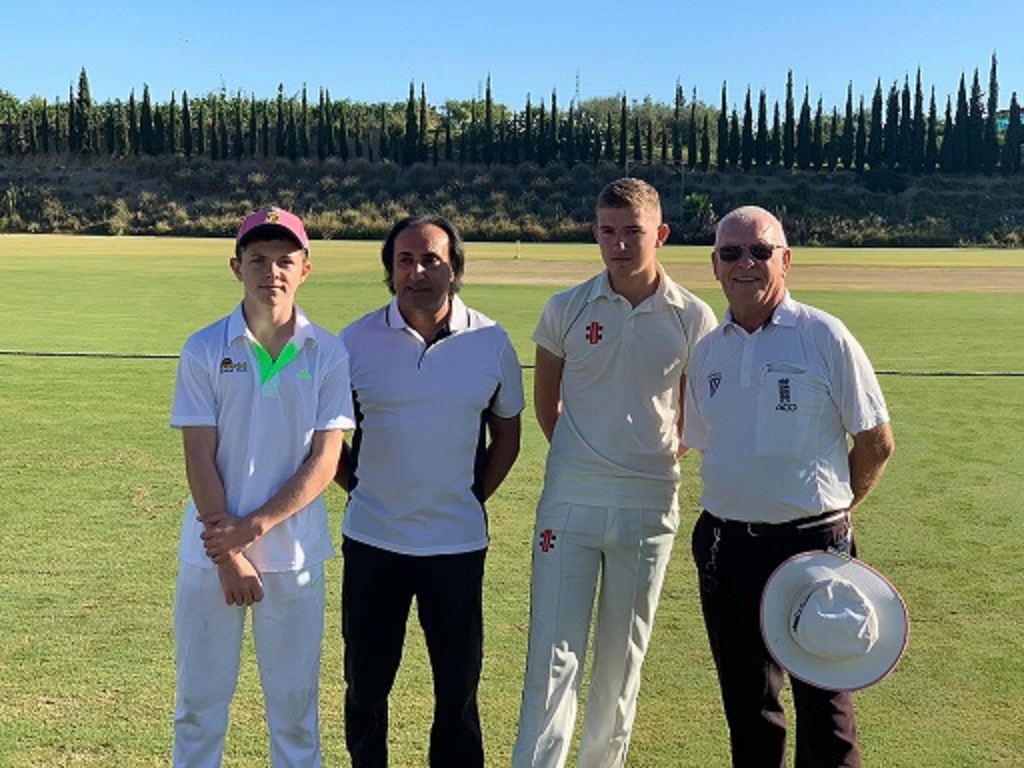 Pizzas were ordered as the guys sat talking cricket and sharing stories. Thursday was the big day, while the majority of us talked about the weekends opponents while eating  pizza, the captains and club committee disappeared for around 30 minutes to select the 4 teams for the Saturday and 2 for the Sunday fixtures. Selection was done on players current form and turning up for nets. If 1st team players had missed a weekend due to a weddings or work, they would not expect to return straight back into their usual team, the in-form 2nd team player would have taken their place, they would have to play and perform in the 2nd team to earn the right to get back into the 1st team, there was no exceptions, the rules were fair and accepted by all.

It’s been  a long  and eventful hobby with many  highlights, having  done well  and won  team  and individual awards, but more importantly than that, given me many happy memories of sharing a game I love with so many fantastic people, on and off the pitch. Like most fast bowlers that have played this sport for many years, your body picks up a fair number of injuries which does start to take its toll, but thankfully, though not as often as I would like to, I still do put on my whites to play a handful of games in the season. When not playing and work allows, 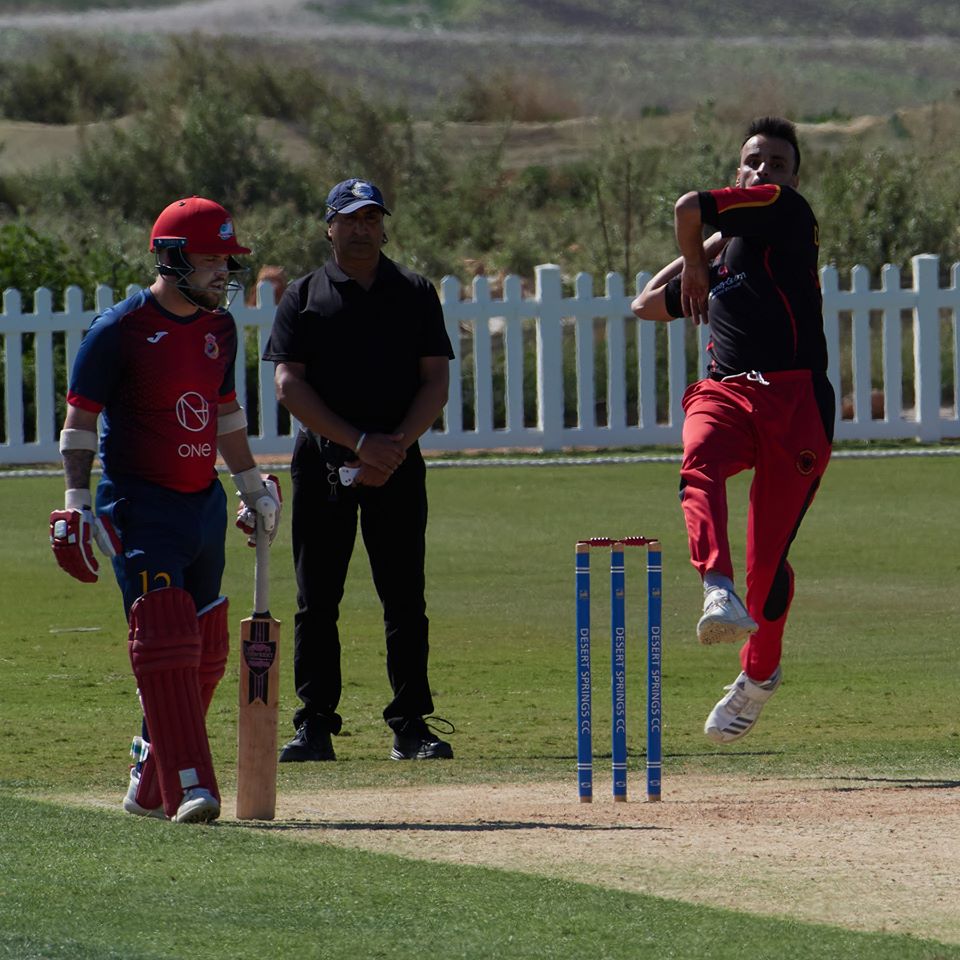 I’m still busy with cricket  in a number of ways, the highlights of which are  when coaching or umpiring. At the moment in Spain clubs do not have the benefits of having 2 or more teams, if there was an option oldies like me would happily be playing 2nd or 3rd team cricket. As it’s not the case, I thinks it’s only fair to let the younger players play, if the older players had not stepped aside all those years ago when I started playing the game, I certainly would not be looking back now at a very fruitful and enjoyable time playing cricket! So when I seriously busted my knee while bowling at Alfas a few years back and was out of the game for over a year, I decided I still had to be part of the game, even if this injury was to mean I couldn’t play again. I had a good run and felt I had plenty to give back to the game that gave me so many enjoyable years. CE accepted me on the umpire’s course and it’s been fantastic, I am part of a great team of umpires and the new qualification and  skill  has taken me on some  wonderful  journeys.

There’s  always a shortage of umpires, so if like me you know you’re playing days are becoming less and less, and you don’t want to let go of the game, think about becoming an umpire. The on line course that John Howden communicated on the 1st  April is definitely a good starting point.

I would like to end by answering a question that I get asked many times here in Spain, “What is the big difference between the club cricket played now as opposed to what I played 20 years ago”?  I could start talking about how the game has changed, the new tactics, new coaching techniques and training skills etc. Yes the game has moved on and these new tools are fabulous. But for me the answer is simple one. As a player and captain, our side won the fullers league 4 consecutive  seasons on the trot, it  wasn’t because we had the  best individual players in our squad, or the best coaches, 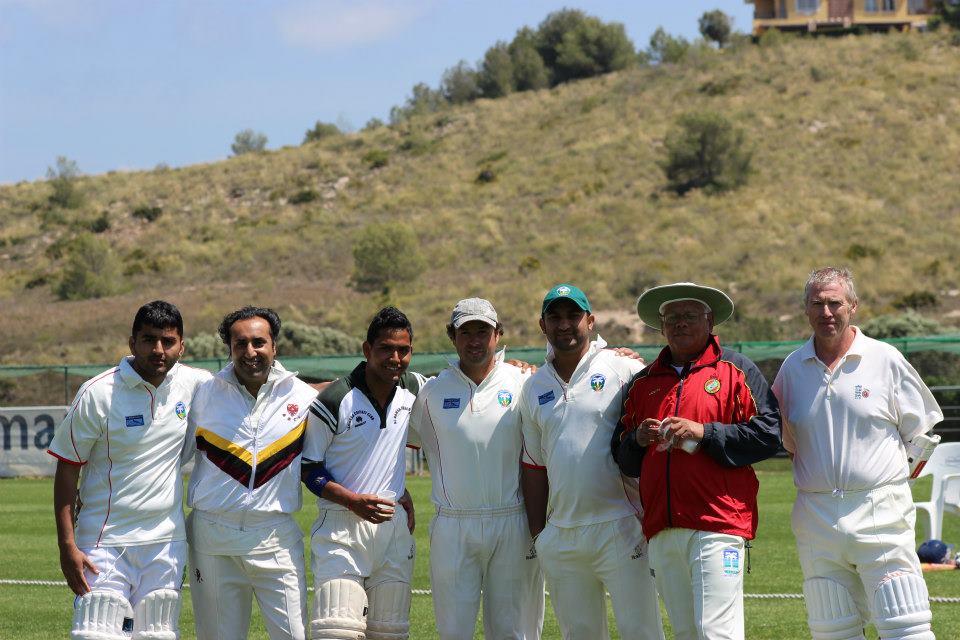 It was because we all stuck together and shared each other’s highs and lows, if one player was struggling, we all helped him through the crises. We were together as one on the field and socialised together off the field. Players did not huddle in small individual groups around the field during  the match day; they didn’t sit in small individual groups during tea. Players did not depart straight after the game leaving just a handful of players behind, having won, lost or drawn, the whole team stuck together throughout the day, including after the match, enjoying time with the opposition before more often than not, going out for a meal together. In other words, what we were was a TEAM. One very good recent example of this is the Australian cricket team, if you haven’t seen it already; watch “Test”, to do with the Australian cricket team after the ball tampering saga. The whole series can be found on Amazon prime TV.

So in summary, I think the enjoyment of playing cricket was not just in playing the sport, but enjoying the chat and banter with the guys afterwards, sticking around after the game and sharing a chat with the opposition players and umpires. I would like to see this being a more active part of the game here in Spain which I feel will help to bond and unite our cricket community.

Hope you enjoyed this read, be safe and take care 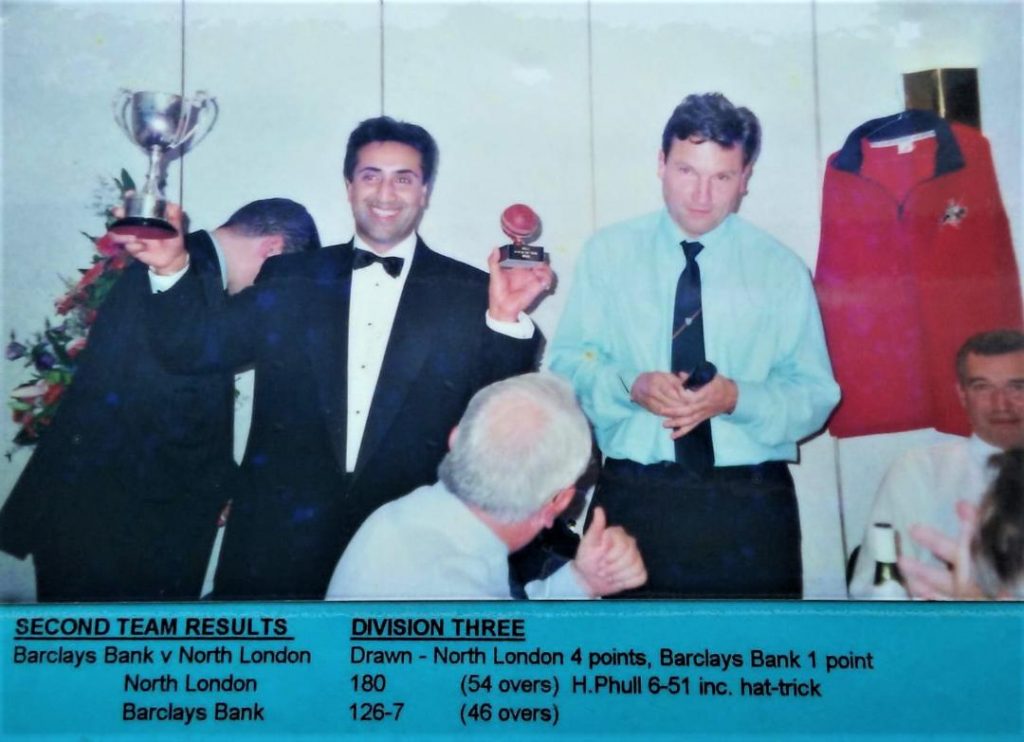