A packed two days of cricket was played out this weekend at the Cartama Oval, the home to the Costa del Sol CC, laid on by Spain for Sport and supported by Cricket España.

An overwhelming number turned out over the two days with players from ages 7 to 60 years old represented. Some travelled down from La Manga in Murcia and the region of Granada to take part in coaching by Cricket España’s own chief development officer Mr. Andrew McCulloch running the event. 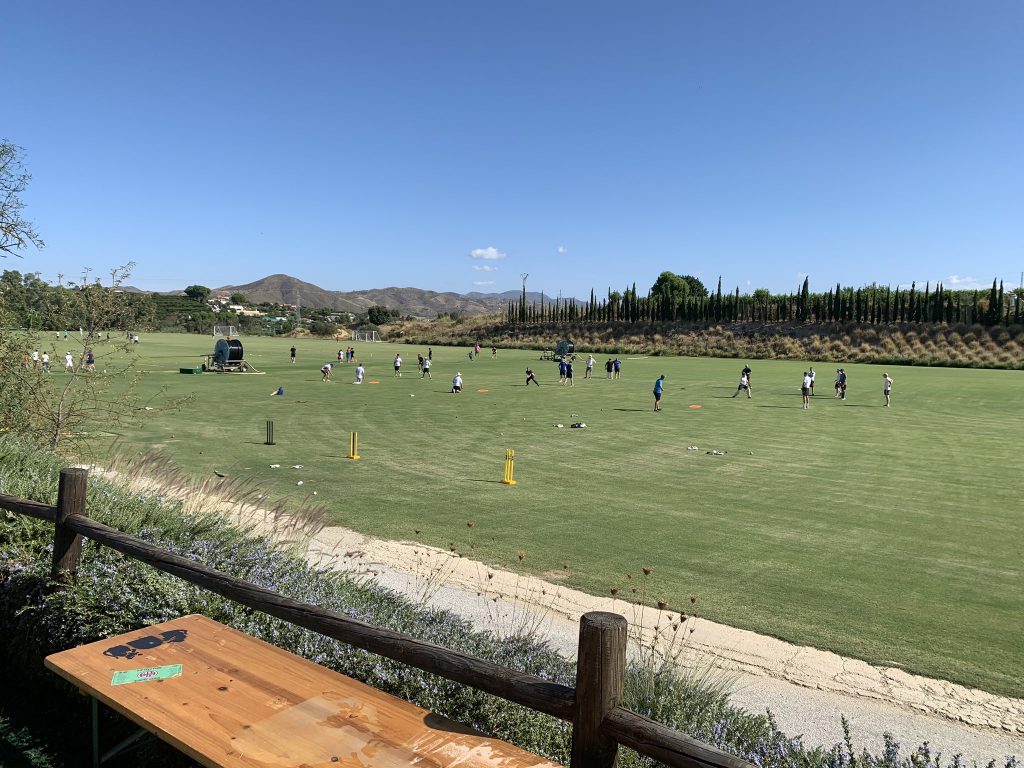 The first day began with a light warm up session to get the players mobile and ready for the various training drills that followed. The 48 players in attendance were split into two groups, with the seniors being overseen by Andrew and the juniors by the newly arrived Samer Nayak, another highly qualified coach just over in Span from coaching cricket in the UAE.

Sameer offered a wealth of knowledge and experience to a captive audience of youngsters who were taught as much about the techniques of playing as the ‘code of conduct’ aspects of the game.

The juniors covered some basic fielding drills, the running between the wickets, catching and bowling practice and ended with some ‘game play’ to give everyone a full perspective of how the game is played out, which went on late into the afternoon.

The senior sessions were similarly varied, albeit somewhat more intense as the fielding drills were put in place with some challenging catching practise to follow. Wicket keepers were also put through there paces before the bowlers were taken for some ‘guidance’ sessions in the nets. 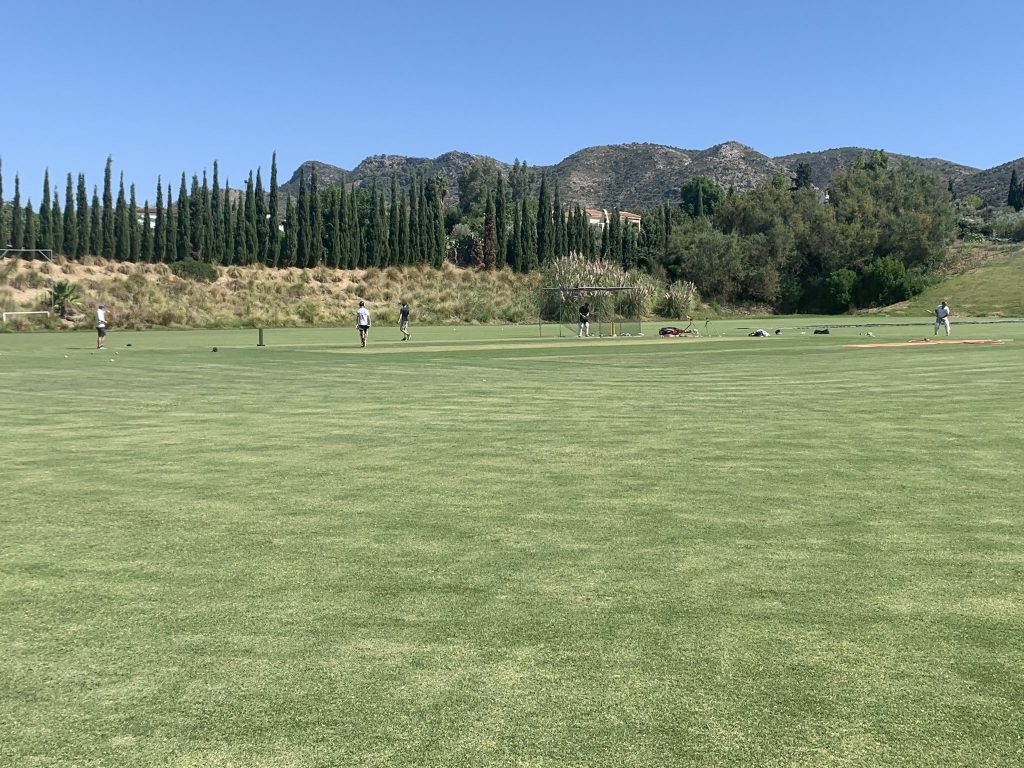 Batters were taken to a separate area to apply their skills and learn where they could improve on any techniques before everything was brought together for some challenging net sessions where bowlers were provided with some ‘new nuts’ as Andrew calls them, to get some white ball cricket experience.

Day two saw the return of the seniors for a round robin T10 tournament in early preparation for the forthcoming European Cricket Series tournaments to be held at Desert Springs, and hosted the week after at the Cartama Oval.

As the local players from CDS CC were the largest in number, the Granada CC and La Manga Torrevieja CC players were spread evenly across the 3 sides to bolster the teams for what proved to be a tight contest throughout the day.

Once the umpires and captains became familiar with some of the new guidelines this tournament offers, the games got under way at some pace.

The first match up saw Nasir’s Nuggets take on Jay’s Jewels in a blustery start to the day, with all bowling taking place from the same end and fielding restrictions in place for the power play period of the first 3 overs of the 10 in each innings.

Nasir Dar won the toss and put Jay’s Jewells into bat with openers Sameer Nayak and Marc Gouws both contributing to getting their team off to a fast start. 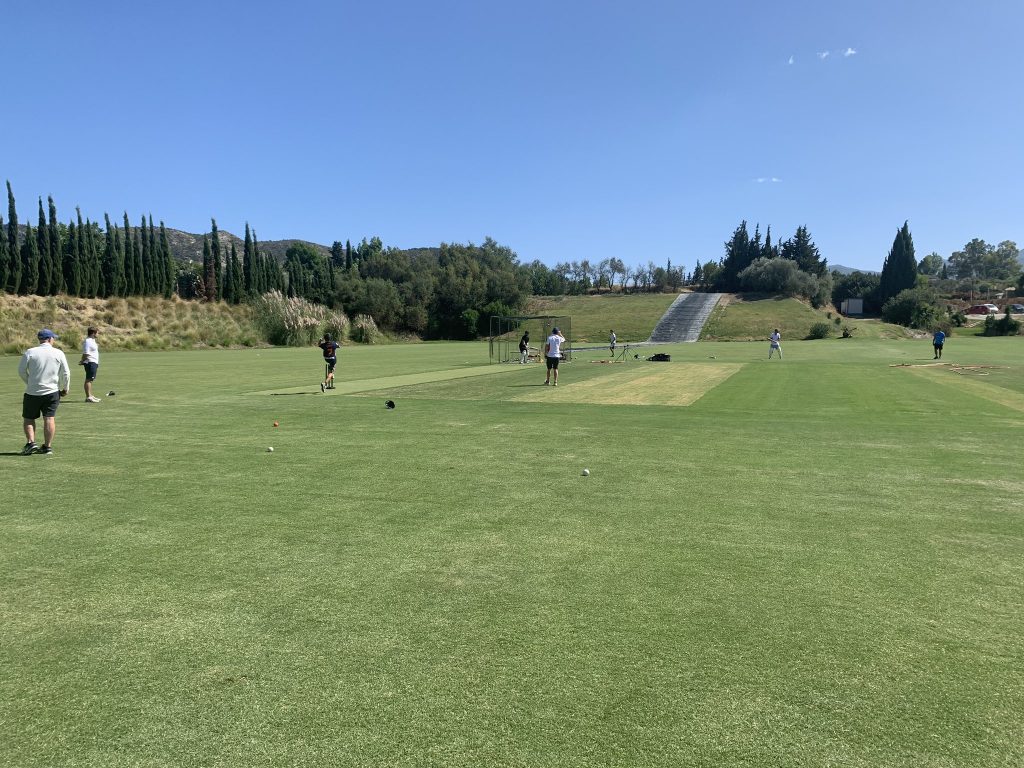 Youngster Jaime Riley and Connor Wood from La Manga Torrevieja CC were used to begin the bowling and take on the power play but by the end of the innings the batting side had amassed a decent 103 runs.

In reply Nasir’s Nuggets lost an early wicket but Adam Alger was able to steady things and fought hard with captain ‘Nas’ to chase down the total but fell somewhat short in the end with 82 runs after some very tidy bowling from 7 of the players, including Elspeth Fowler who frustrated the opposing captain throughout her 2 overs.

Next up was Ritchie’s Rocks to take on the defeated side and this time Nasir’s Nuggets would bat first. Charlie Hunt starred with a well-earned 22, backed up by Andy Applin for an additional 20 runs not out and an eventual total of 66 which seemed low at the changeover.

But ‘Nas’ was not going to give this up easily and rallied his troops in the huddle to ensure they knew that this was very much game on. Up stood Connor Wood and young Louis Bruce with the ball for very tidy spells to keep the scores at the required run rate.

This was backed up by more good bowling from Joe Marples, (no relation to Miss) and the Nuggets skipper to frustrate the Rocks until Sam Dixon came into bat at number five. Sam took the game by the scruff of the neck for the next few overs scoring boundaries at relative ease and looked certain to see his side over the line.

The first 3 balls were despatched for 4 after some inventive reverse sweeps from Mr Dixon and at this point it looked like the Rocks were now favourite to complete the required total, but the Nuggets were not going to be nibbled out of this one and with 5 runs needed to win off the last ball they held on for the win by just 2 runs for a thrilling ending that even had pensioners Mike & Cath off their seats…

So, with one loss and now a win the Nuggets sat the next game out to see the Jewels match up against the Rocks. Jay Wild won the toss and decided to get some runs on the board first.

A lively start saw another decent effort from Sameer Nayak to get things started supported by Jeremy Standley, but once the former had lost his wicket to a mis-timed clip off the legs to mid-wicket the back-up boys fell dreadfully below expectations until Richard ‘monument’ Hatchman took to the crease.

‘Monument’ wasted no time in attempting a large boundary for the first dot ball of his innings but he soon adjusted his sights and managed to put on a  swift 19 runs, but Jay Wild was still left thinking what should have happened with his side only managing a total of 71, leaving it a tough ask of his players if they were to hold out in this one against a very impressive Rocks batting line up.

And so it proved as the total was eaten away from both openers with Sam Dixon impressing again with his ability to pick out the gaps in the field to make boundaries without breaking sweat.

Some decent back up from skipper Richie Abbott of Granada CC helping his side to victory, sealed in the 9th over despite some good fielding to keep the Jewells in it until the end. The highlight being a run out orchestrated by Elsbeth Fowler at fine leg, running out her own club captain Kieran Wood on five.

This meant that all three sides had now won one game apiece so it came down to the net run rate calculations where it was deemed that the Jewels would play out a final game with the Rocks.

Again, the Jewels skipper was victorious. with the toss that is and again chose to bat first, reverting back to the opening partnership in the first game with Sameer and Marc, the scores were moving along at a great rate with the 31 off of the first 2 overs but then Marc helped a nicely flighted chip straight to mid-off much to his disillusionment. 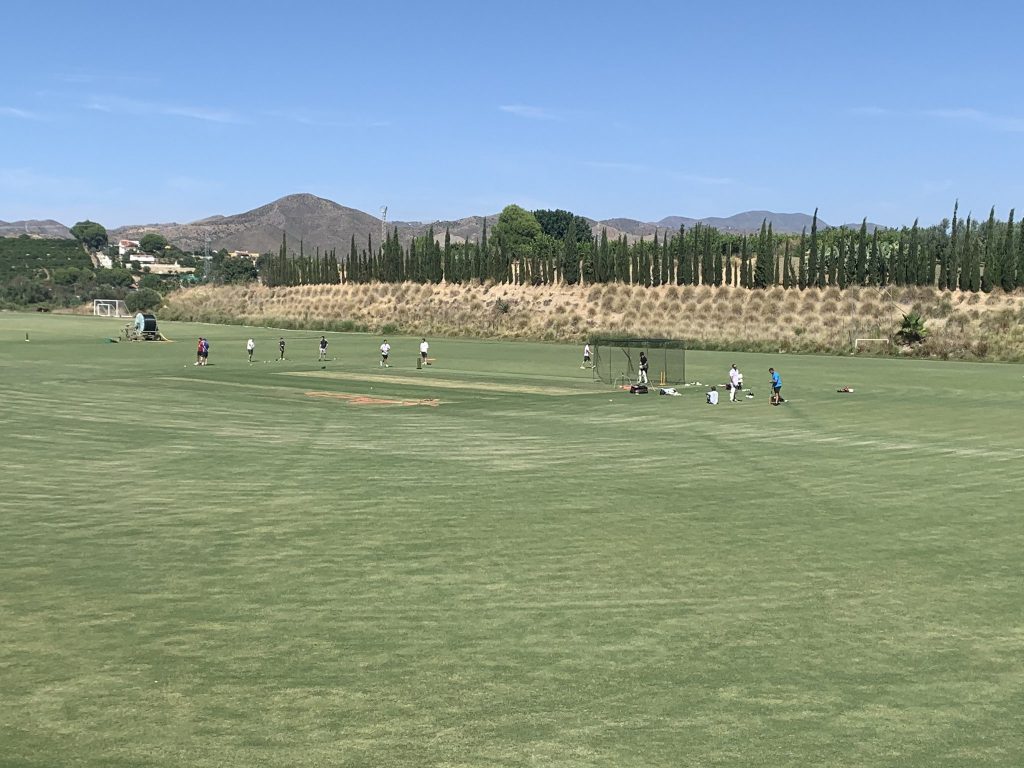 This gave an opportunity for Jay to come back into the game but was only able to rotate the strike and rarely troubled to the scorers although his side did get to a respectable 87, a little better than the last time out, with 16 additional runs to defend.

It was clear from the outset the fielding side were now looking to make amends for their previous defeat to the Rocks. All five bowlers brought on had to keep things tight throughout their spells and none of them looked in any mood to give anything on the cheap to either opener.

Sam Dixon and John Hazell began well with some clean hitting but were only able to capitalise on what turned out to be the very odd loose delivery.

Boundaries were made but the run rate was building and by the 7th over they were up at 14 an over.

Not an impossible task with the quality of batters in hand, but this was outmatched by some of the best bowling of the tournament from both Marc Gouws and Bruce Reynolds, which inevitably turned the game in the favour of the Jewels at a crucial stage, restraining the Rocks to 71 runs in reply.

But there was only one true winner from this weekend and that was the game of Cricket itself and everyone that supported it.

It was certainly a privilege to have such experienced coaches at the ground helping to nurture the talents of so many enthusiastic cricketers and seeing so many great people of all ages at the ground enjoying themselves with one thing in common – the love of the game.

It was an event to remember and a milestone for the club and we hope similar events will run again on an ongoing basis based on the success that came out of this weekend so the momentum can be maintained.

Many thanks to all involved in organising the event including, Spain for Sport supported by Cricket España, the ground staff and the club representatives of Costa del Sol Cricket Club. 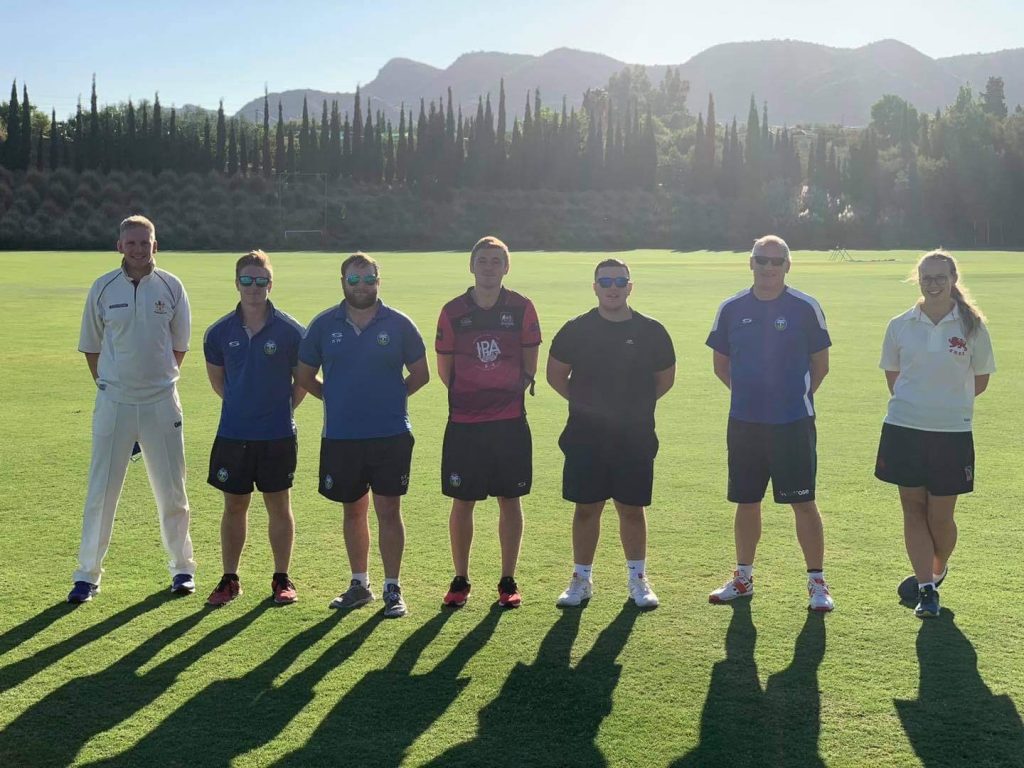