The Cataluyna League has been up and running for a few weeks now and all but one of the 34 teams had played a match in the competition. The final team to enter the league for the first time this season was Bengali.

The wait was worth it though, as the the first match on the league calendar was against their main rivals Bangladesh Kings. The contest at Vic ground would give bragging rights to the Bsngladesh community in Barcelona for the next few months, so a lot of addition “kudos” were at stake for both teams.

Bengali batted first and scored 198 all out in the thirty over encounter. Openers Tushar Shofik Rehman (58) and Omar Ali (40) put on 90 for the first wicket and gave their team a good platform to post a solid score. However, Kings came back into the game well and took the final nine wickets for an additional 108 runs. All six bowlers took at least one wicket for their side, with Moshiuer Rehman returning the best figures of three wickets for 34 runs.

In reply, the Kings batsmen were in fine form with all four batsmen used contributing useful totals. Openers Shakil Mia and Delwar Hm scored 30 and 22 respectively, but it was an unbeaten third wicket partnership of 128 that won the game for Kings. Shubhdeep Deb hit 51, but the man of the match was Jubed Miah, who scored 72 off just 50 balls, in an innings that included 8 x 4’s and 3 x 6’s. The victory for Kings took them to the top of the Group A table. 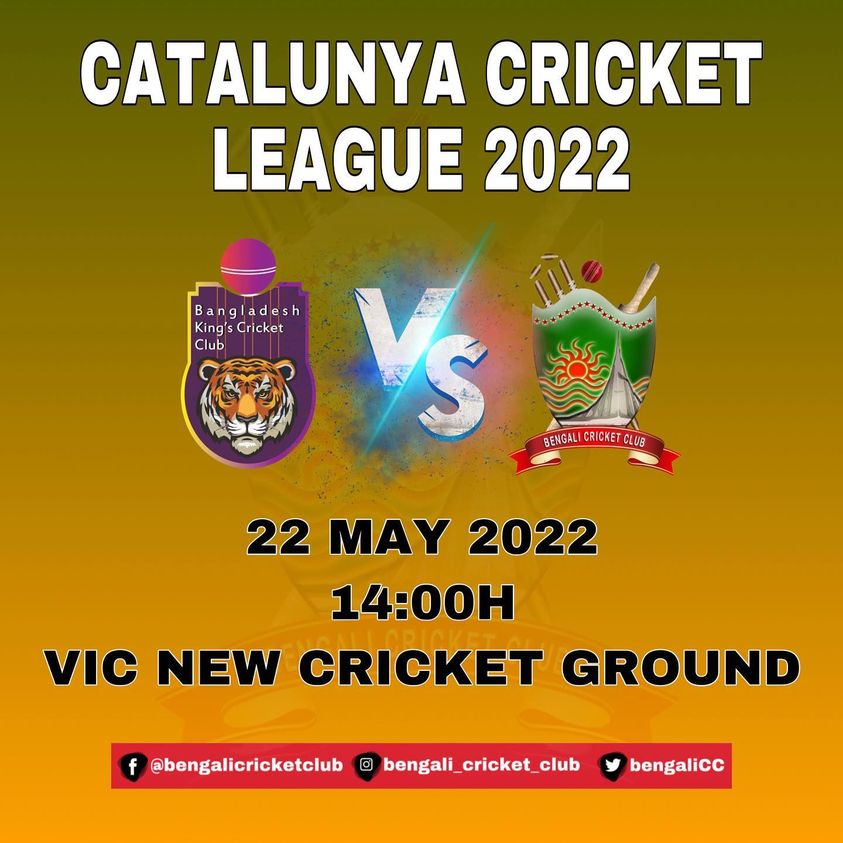 The other games in Group A were Falco v Cataluyna Zalmi and Badalona Shaheen v Dream 11. Zalmi had a easy victory over Falco by 10 wickets. Muhammad Adnan took five wickets for Zalmi as Falco were bowled out for 120. The Zalmi openers knocked off the runs in just 12.3 overs with Naseem Kazmi (68 not out) and Ali Haider (23 not out) securing the win.

The Shaheen v Dream 11 match was a much closer affair with Dream 11 coming out eventual winners by two wickets.  Shaheen batted first and posted 170 for 8 with Mati Ur Rehman Malik hitting 92 runs for his team. In reply Dream 11 overtook the total needed in the 22cd over. They were helped by Shaheen, who gave away 40 extras, but it was an unbeaten half century by Manvir Sandhu that was the main reason for victory.

In group B, Pak-I-Care continue to dominate, making it three wins from three with victory over mid-table Volcano. Two of the ECL heroes for Pak-I-Care starred in an unbeaten partnership to claim a 10 wicket win. Muhammad Babar hit an undefeated 122 and team mate Muhammad Ihsan scored 50 not out as the pair overtook the 175 all out, that Volcano had posted earlier in the day. 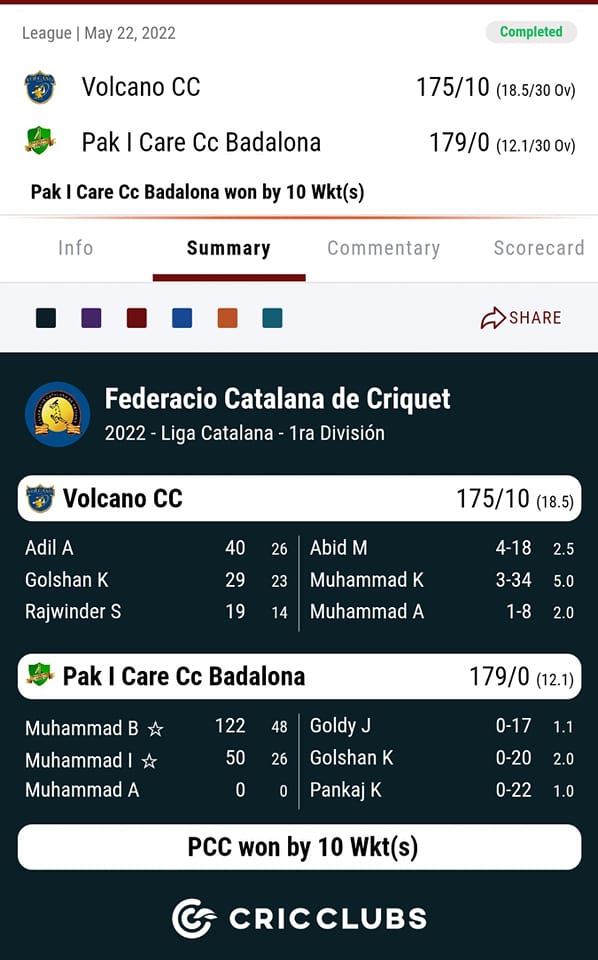 The other game in Group B saw Cataluyna beat Minhaj by 37 runs. Cataluyna posted the highest score of the day, scoring 288 for six with Awais Ahmed, Armghan Khan and Yasir Ali all among the runs. A spirited reply by Minhaj ended in the 29th over when they were bowled out for 251.

With no matches in Group D the only other match of the day was in Group C where Cataluyna Tigers beat Punjab Warriors by seven wickets. Warriors were all out for 206 and the Tigers overtook that score in the 19th over with seven wickets in hand. Spanish international Zulqarnain Haider hit 70 not out to see his side to victory and leave Tigers with a perfect record from the two games they have played to date.