The 2022 season gets under way early for Brigade as they fly to Spain on Saturday afternoon to take part in this year’s European Cricket League.

Set against the beautiful backdrop of the Costa Del Sol, the T10 competition is already under way, with each of the five groups being played on a week-by-week basis.

The North West club’s games start on Monday with the entire competition being staged at the Cartama Oval complex. 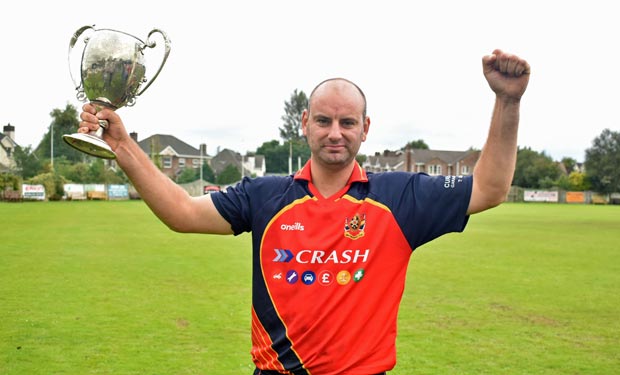 Andy Britton’s men have a busy Valentine’s Day schedule- an early alarm set for their 9am (Spanish time) opener against Griffins CC from Guernsey, followed by a quick lunch before game two against Indo-Bulgaria starting at 1pm.

There are two matches on Tuesday as well- the Beechgrove side taking on Royal Tigers of Hungary at 11am and Norwegian team Bjorvika at 5 o’clock. The Group phase finishes against Zagreb Sokol of Croatia at 1pm on Wednesday.

After that, Brigade will hope to be in the top three in the table as that trio battle it out on Thursday and Friday to decide top spot.

The five group winners will then return to Spain in mid-March to decide overall league honours.

Brigade will leave with an official party of 15; 13 players plus John Manning (Team Manager) and Mark Simpson (Team Coach) as well as a number of local supporters.

The Manager suggested that preparations for the tournament had been very different for next week than for the usual domestic games.

“Restrictions are obviously still in place so there are Passports, Passenger Locator forms, transfer from the airport and to and from grounds, Insurance and usual group travel responsibilities to see to” he said.

matches, but hopefully we have everything covered.

“We’re very lucky to have four great sponsors- Bank of Ireland, Specsavers, Clive Richardson Grounds Specialists and Hamilton Associates to help us out.

“Everyone at the club is looking forward to it even if there is little time to take in the scenery.”

Skipper Andy Britton said his side was relishing the challenge and was confident they would compete for one of those top three places.

“We’ve been in the nets at Bready for the past four weekends so hopefully everyone will be sharp enough.

“We won’t really know much about the other teams until we’re out there but we’re going to give a good account of ourselves.

“We have a couple of lads unavailable for the trip so there are a few new faces in the squad.

“The boys are definitely looking forward to it and it’ll be nice to have a few supporters with us as well.”

One of those missing from last year’s squad is Ross Allen who has moved to England to work and who is set to commute to Waringstown during the summer. Kyle Magee won’t travel either although the addition of Graeme McCarter is a huge

boost to the Limavady Road side.