After just under eight months in existence, our women’s team entered its first tournament on Sunday. It was hosted by Fundació privada per a l’Esport i l’Educació de Barcelona (FEEB) and we were delighted to be invited to take part, alongside some of the other women’s cricketing hubs in the city. The tournament was due to be a six-aside tapeball tournament with four teams, but given the numbers that signed up it turned into an eleven-aside tournament. Our six players (Katie, Cami, Cècile, Anoushey, Mary and Ankita) were paired up with five from the Criquet Jove (CJ) team to make an historic first BICC Women’s XI.

The team really lived up to our International name from the get-go, with our six players from six different countries. The games, originally scheduled to be 10 overs, were reduced to eight following a late start.
The tournament kicked off with two games in which we were not involved, but it gave our inexperienced players some time to watch, observe and learn from the other teams, with club captain Umer (presumably) offering some good advice from the sidelines. After that long wait, we finally got our chance against the Concell de Cent team. Katie had won the toss and elected to bowl, reasoning that she always likes to know what she’s chasing. We started off very well, as CJ guest Aneesa clean bowled the Concell captain Hifsa (a Spanish international, no less) and was on a hat-trick when she bowled Maria next ball too. Some good fielding was shown during the innings, as we claimed two run outs. There was also a wicket for Ankita, who took a great caught and bowled. Concell de Cent finished on 70/5, with a few too many wides helping their cause.

Whilst a daunting target, especially for a new team, we were definitely still in the game. Aneesa and Simran opened the batting for us, looking to get a positive start. Both fell cheaply before a BICC-dominant middle order of Anoushey, Ankita, Cami and Cècile tried in vain to chase the target. In the end, despite some help from extras of our own, inexperience caught us out but we finished on a very respectable 57/5. Ankita finished with a well made 7* (not often you can say that), hitting some good shots that all managed to go straight to a fielder. What could have been…

Despite the loss of the first game and of a player in between games, confidence had grown after a first experience of a real game. Ankita, captaining the second game, won the toss again and this time chose to bat against SDJ Besòs. It meant we were straight back out to the middle. Ramin and Katie opened up, and decided not to give anyone else a chance! They batted the whole eight overs with a brilliant 86-run partnership to bring up the highest total of the day. There were nine boundaries hit during the innings, and some great running between the wickets to boost. 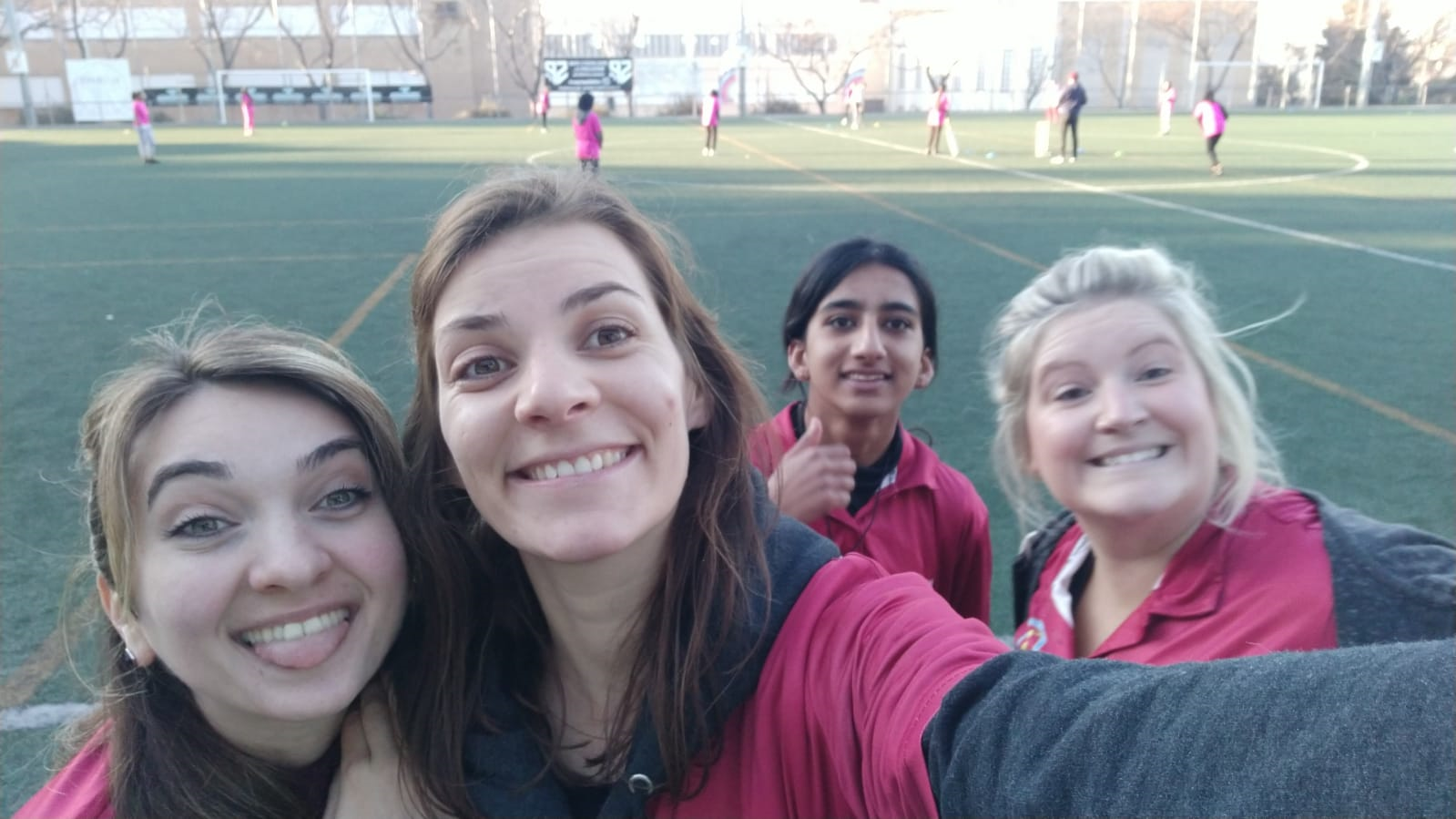 There was a wicket off the first ball, after confusion between the openers left the non-striker stranded, run-out for a diamond duck. Aneesa claimed another wicket in the first over and we were well on top. Anoushey, who had been reluctant to bowl in the first game, and Katie came on and really restricted the Besòs batters from scoring freely. Both were rewarded with a well-deserved wicket. Besòs eventually finished on 43/5 and we had a comprehensive victory in just our second game!

There was fantastic work from all the players, who have worked very hard to improve their game throughout the year (some starting from absolute zero). Everyone was all smiles at the end, despite playing in very chilly, dark conditions by the end (yours truly standing still umpiring/ scoring was a bit grumpier). We’re looking forward to the next tournament already, bring on next year! If you want to get involved, get in touch! 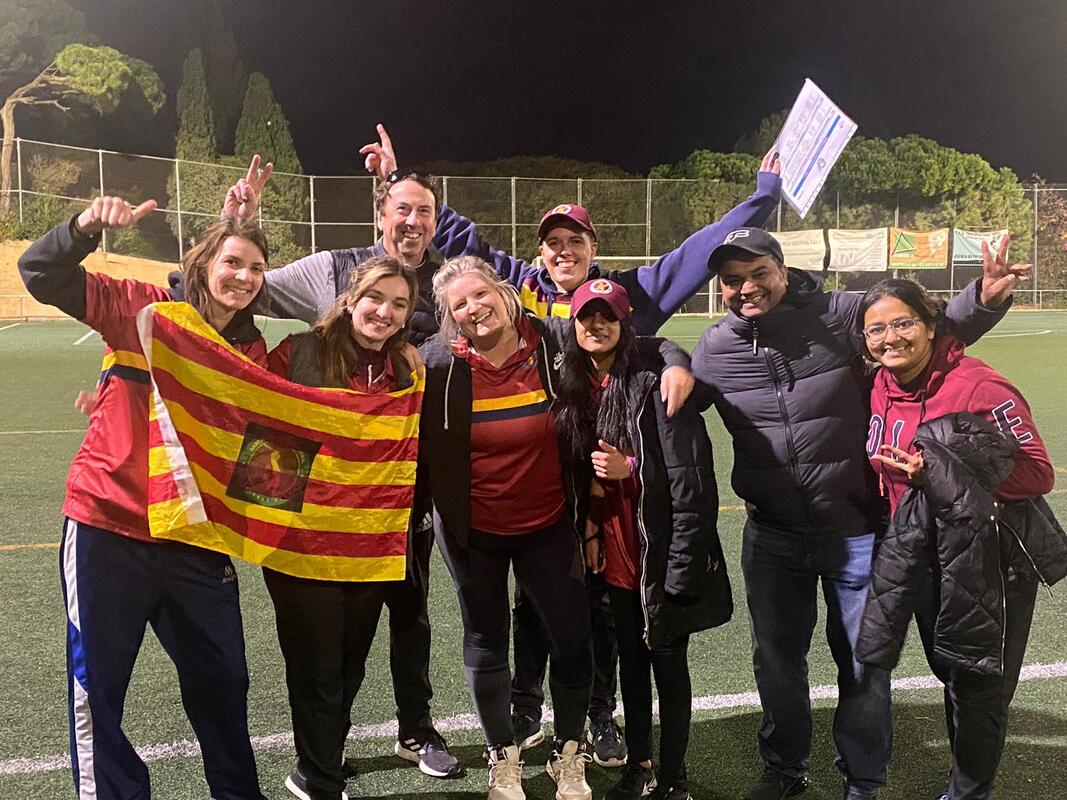 Cècile, Cami, Katie, Anoushey and Ankita after their victory (joined by Anton, Sam and Umer)