The final group game in the Cataluyna Junior League was between Santa Perpetua and Barna Royals and it was a day that Sami-Ur-Rehman Malik will never forget, as he took all seven wickets to fall for his team as Santa Perpetua overcame the Royals.

Batting first, Perpetua were all out for 155 in twenty overs. Spanish international Nadim Hussain hit 59 and opener Hamza Nisar (who has played for the National Under 19 side) chipped in with 31 runs. Anas Muhammad with four wickets, and Sanwal Masood with three scalps were the pick of the bowlers for Barna.

The run chase was restricted to 87 for 7 as Santa Perpetua prevailed by 68 runs. Opener Syed Hashim Mir Ali Hamdani hit a quick fire 30 off just 14 balls and Usama Shahzad and Ali Hassan Awan both reached double figures. However, the Barna Royals innings was devastated by the Sami show. The Perpetua youngster took an amazing seven wickets for a cost of just 11 runs. He bowled two maidens in his 3.5 overs spell for an economy rate of 2.87 per over.

The victory put Perpetua level on points with Pak I Care Badalona but the latter finished in first place courtesy of winning the head to head. As a result Perpetua play Barna again next week in the first of the two eliminators. The second semi final will be between Raval and Badalona. The winner of these two matches will play off for the right to play Pak I Care in the final. 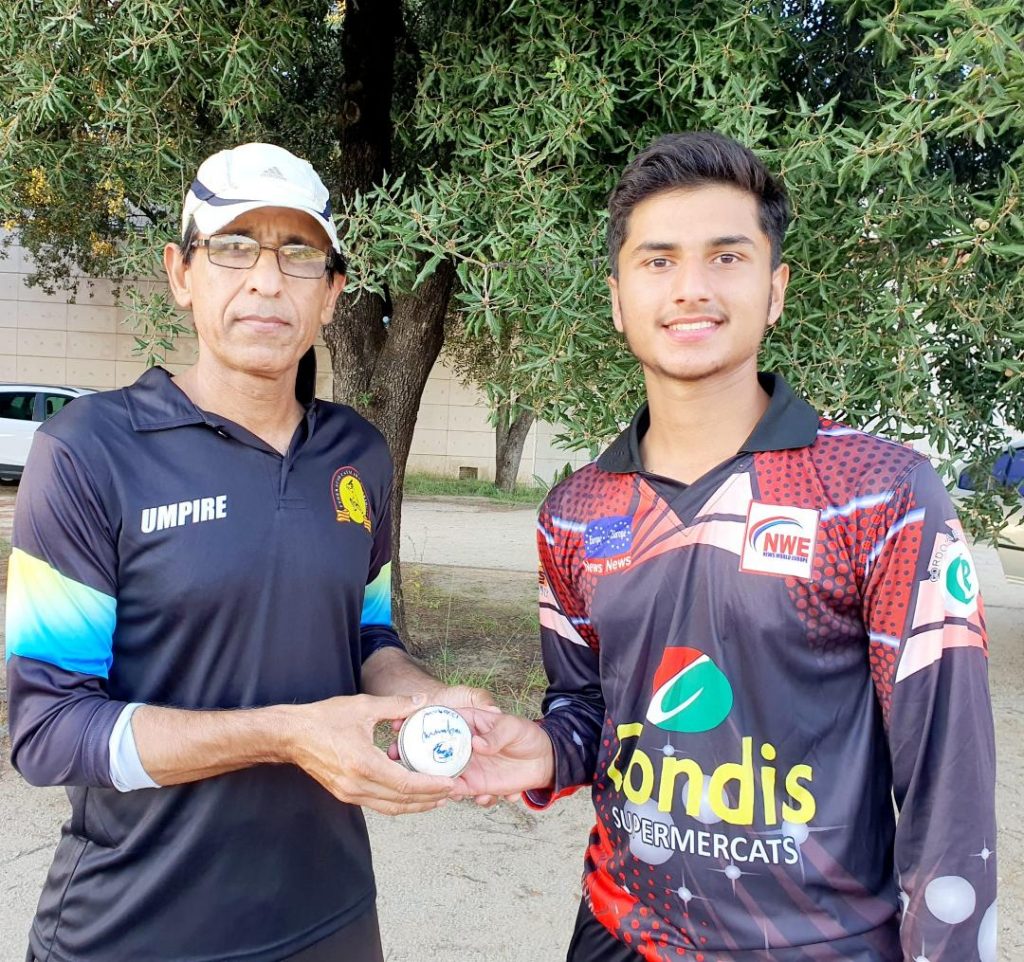 Santa Perpetua 155 all out beat Barna Royals by 68 runs

Finals day is scheduled for the weekend of October 10th at Montjuic Stadium.

League Table at the end of the group stages :