Barcelona International visited the Woodbridge Oval for the first time since 1996 and started their weekend of cricket with a five wicket victory over the hosts Sporting Alfas.

The home side batted first and their innings seemed to be shaping up for a big score as the openers Phil Pennick and Gary Crompton put on 70 runs for the first wicket in just over 10 overs. Pennick went in the eleventh for 17, but it looked then like Crompton would complete a well deserved half century until he played early at a slower ball with his score on 46, to offer a simple caught and bowled chance to Anish Shindore.

It was a welcome return to the Woodbridge Oval for Crompton after spending the last few years overseas. The former Spanish international said later that “after three years away,it’s good to be back”. Christian Munoz Mills (30) and Carlos Parkin (31) looked set to make good scores and build on the platform given to them by the openers, but both got out at crucial times. The remaining six batsmen scored only three runs from the bat to see the hosts slide from 113 for two to 145 for nine at the end of their 35 over allocation.

In reply, The Catalans started well with their first two batsmen taking the score to 46 before the fall of the first scalp. Then two wickets in two balls for Hamza seemed to swing the game back the way of the hosts. However, Ravindu Maduranga bolstered the Barcelona middle order to relieve any concerns for the visitors. His match winning innings of 48 not out steered his side to a comfortable five wicket victory in the end, surpassing the Alfas total with more than eleven overs to spare. 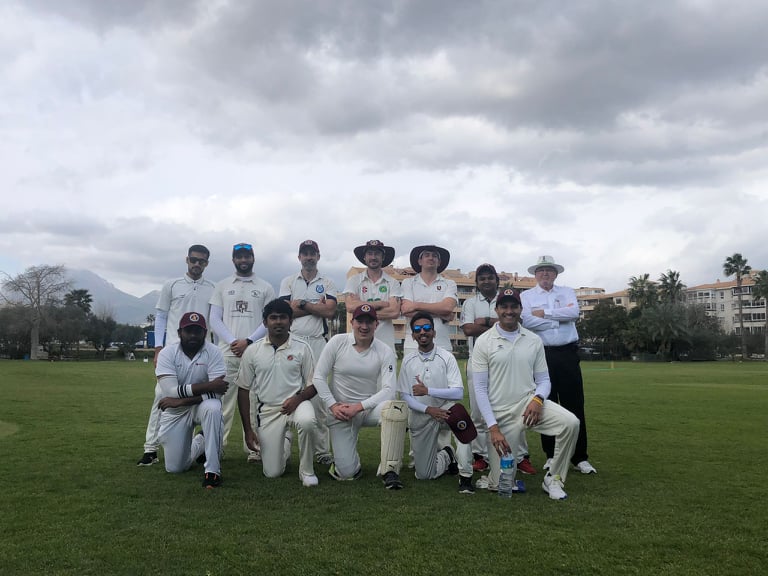 Both teams are back in action tomorrow, along with La Manga/Torrevieja in a triangular T10 event. Start time is 11 am, spectators are welcome and food and drink is available at the club house pavillion.

Barcelona International 146 for 5 beat Sporting Alfas 145 for 9 by five wickets. 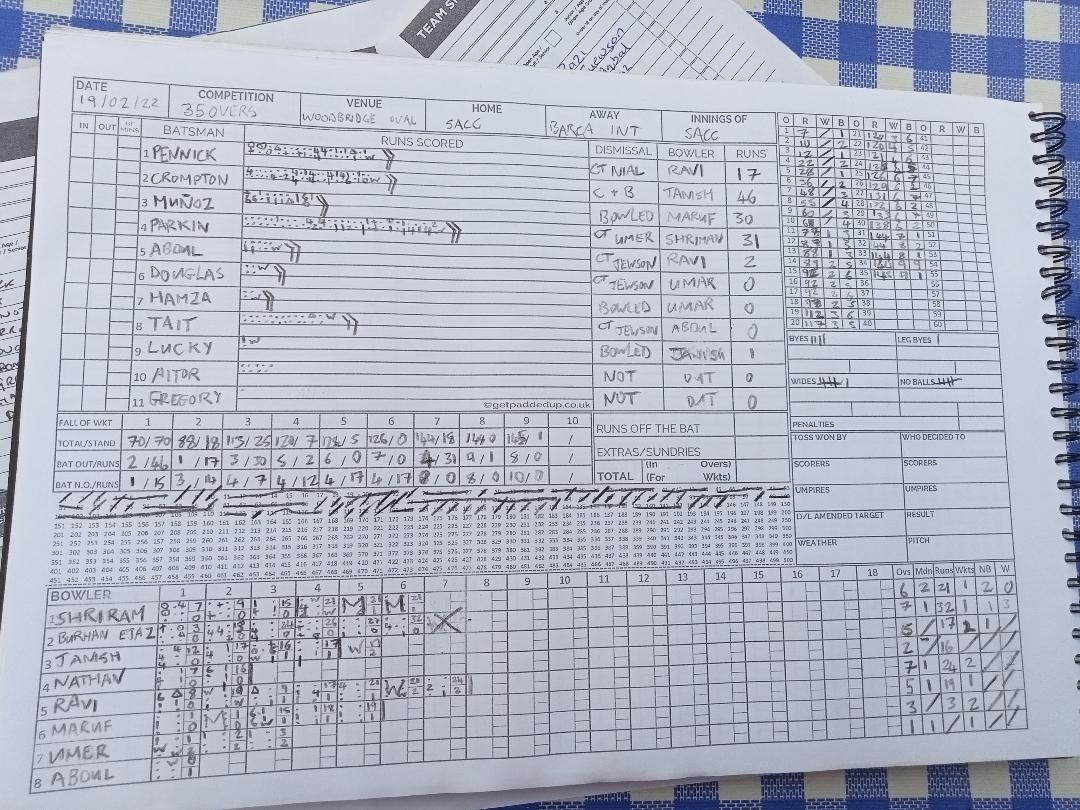 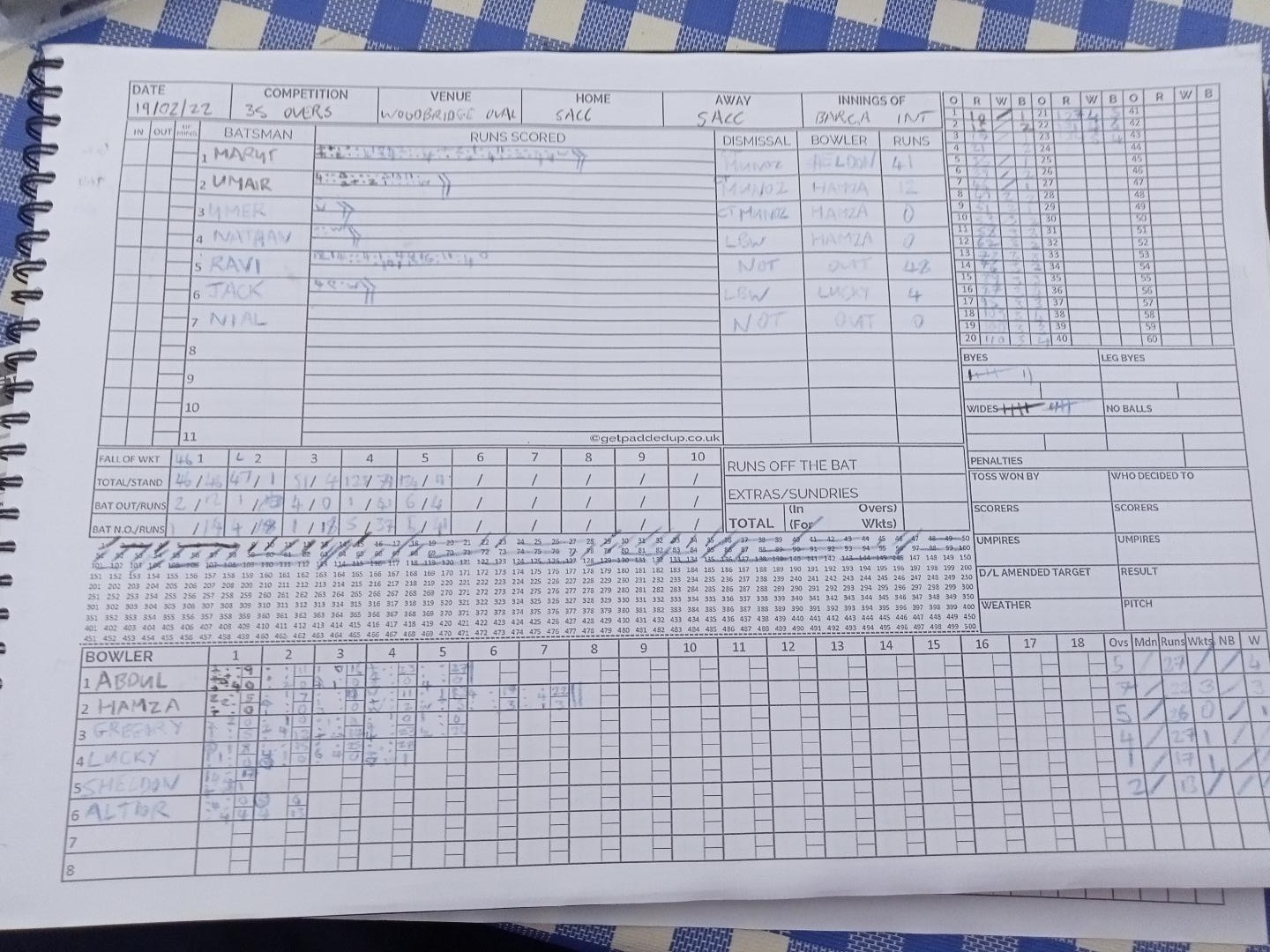 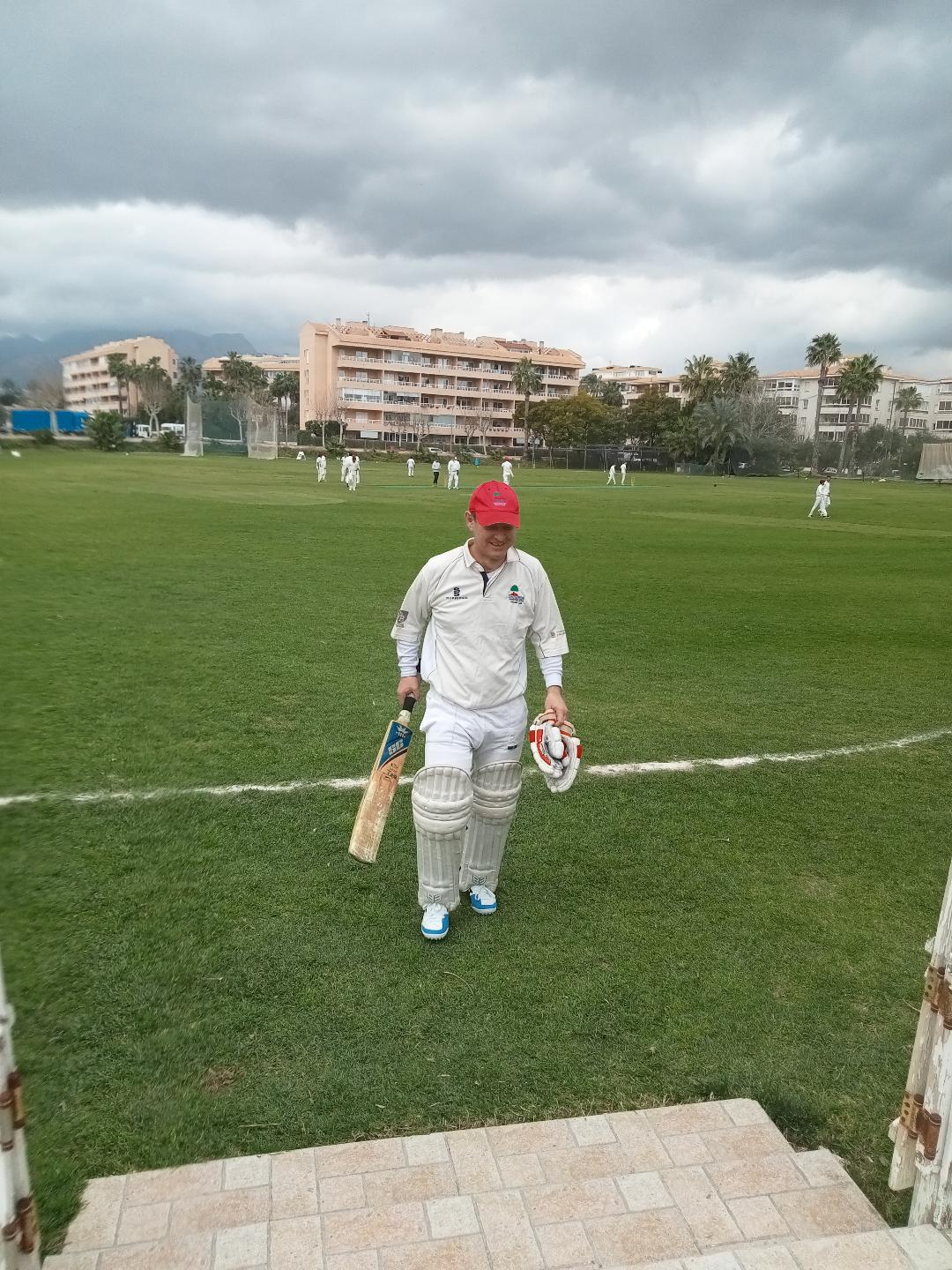