The Cataluyna Cricket Federation welcomed Moholt Cricket Club from Trondheim in Norway for a three match Cricket series against a team of emerging young players from Barcelona.

The first match of the three game series went the way of the hosts comprehensively. Playing at Videres the visitors won the toss and elected to bat first. A strong start saw the Moholt openers Kybair Khan and Sediq Saifullah put on 61 for the first wicket in 7.3 overs. A few quick wickets then tumbled, until Faridullah Oryakhel (55) and Maroof Shaq (37) put on 80 runs, before both falling in the final over. Their efforts enabled the Norwegians to post a score of 189 for 7 from their twenty overs.

This daunting run chase proved to be less problematic than expected for the Barcelona openers. They cruised to victory, surpassing the total in the 17th over without losing a wicket.  Badalona Shaheen batsman Malik Mali hit 71, but it was his team mate from Pak-I-Care CC Mohammad Mohtashim that stole the show with an unbeaten century.

The 18 year old bagged 102 runs in 79 balls, in an innings that included 19 x fours and 1 x six.  Then ten wicket victory gave first blood to the hosts. Two more matches follow over the weekend to determine the winners of the first ever España/Nordic Cup.

Both teams from Friday’s game 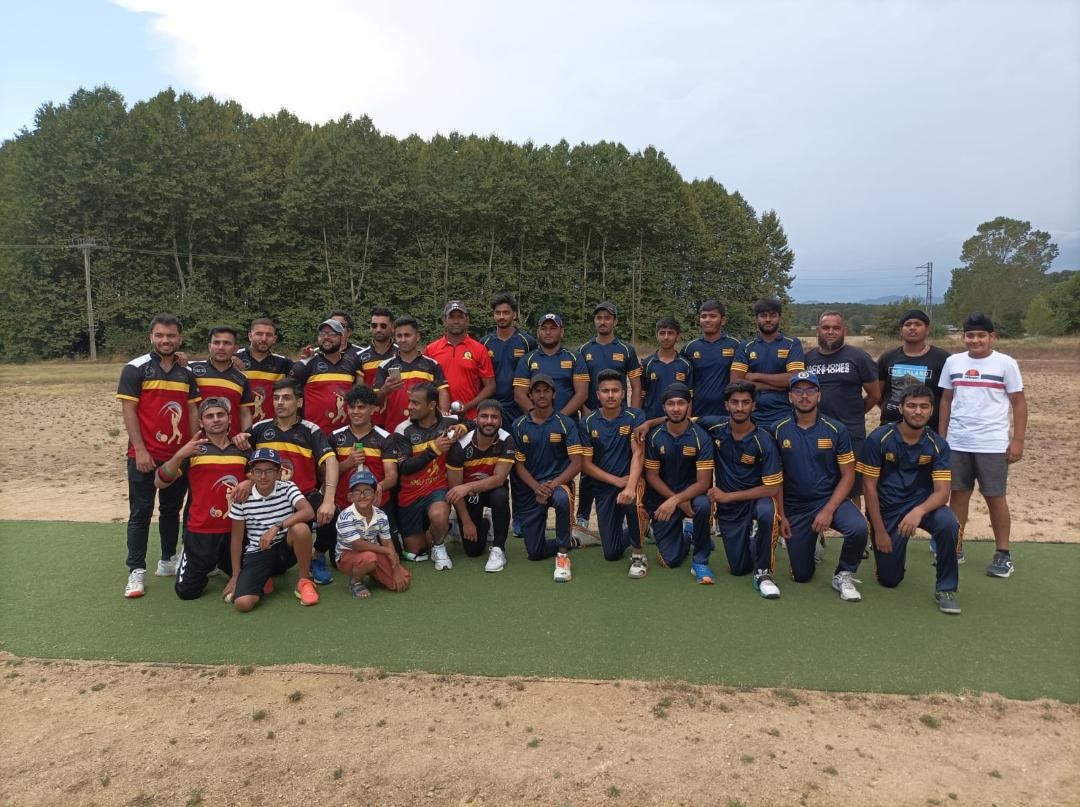