Last weekend a cricket match to celebrate the Independence Day of Bangladesh (March 26) was organised at the Julia de Campany Ground in Montjuic Barcelona. The event was sponsored by Russell Howlader of Casa y Cuina.

The Green team batted first scored 203 for 6 with Omar top scoring on 62. For the Red team Shafiq took three wickets for the cost of just 25 runs.

Shafiq also starred with the bat for the Reds, hitting 40, but that was bettered by Tahed who hit 47. Despite these two innings the Reds fell 21 runs shy of victory, ending on 182 for six from their allocated 25 overs. Moyez, Mosharaf and Omar all bagged a couple of wickets each. FCC president Amar Saeed and Kamrul Mohammad were part of the delegation that presented to the winning captain. 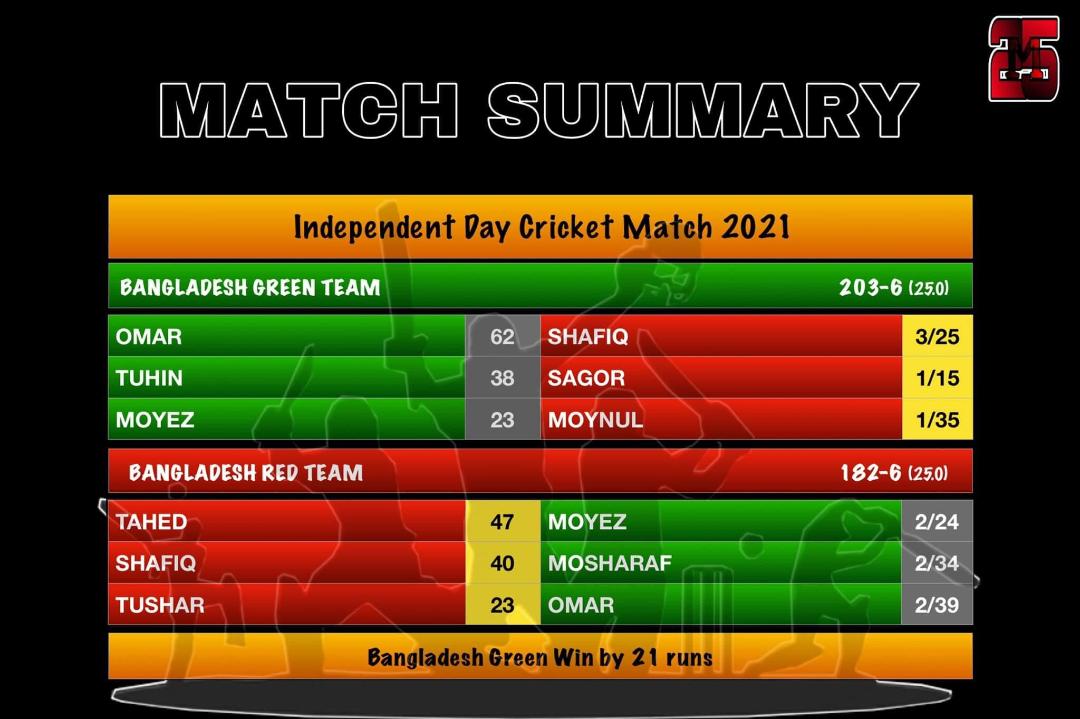 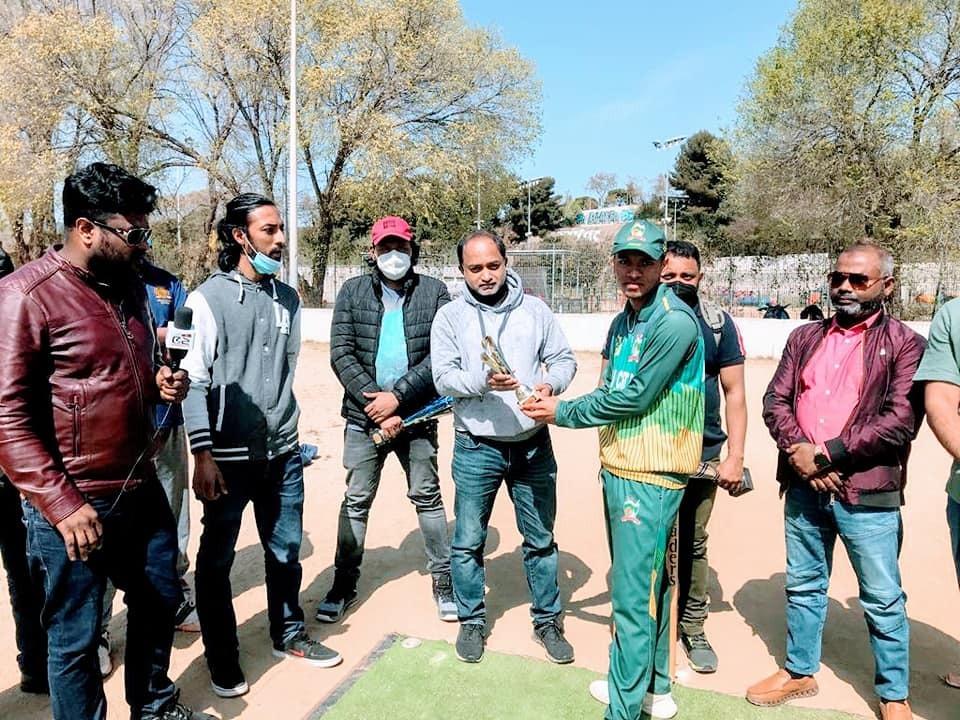 Man of the match Omar Ali receiving his trophy from Kamrul Mohammad.