Badalona Shaheen bulldozed their way into Finals Day Friday with a couple of barnstorming performances on Thursday. Group Winners BSH will play Pak I Care in the second semi-final that takes place tomorrow.

Match One on the ultimate day of group matches paired Trintat Stars and Black Panthers together and it was the Panthers who outshone the Stars to claim a 17 run victory.

Game two saw the Panthers back in action again, this time against the Hawks. The latter won a close game by six runs in a match that resulted in both teams being bowled out cheaply.

The third match of the day was a contest between Badalona Shaheen and Trinitat Stars. Badalona ran out easy winners by 94 runs, the exact score that the Stars actually scored in their innings. Sarmad Ali (73) Bilawal Khan (43 not out) and Babar Khan (22) got amongst the runs for Shaheen.

The penultimate game of the Group stages pitted Trinitat Stars against Punjab Warriors and it was the Warriors that won the battle by 25 runs. The last match would confirm the Group winners and the advancing semi finalists. Falco had an outside chance of qualifying with a strong victory. Shaheen batted first and posted 130 for 4 with Hamza Saleem hitting a half century off just 22 balls. Falco put in a plucky effort to chase down the total but fell short by 22 runs.

Badalona Shaheen will now play on finals day in the second semi final against Pak-I-Care whilst Cataluyna Tigers will open the days proceedings with a game against Raval Sporting. 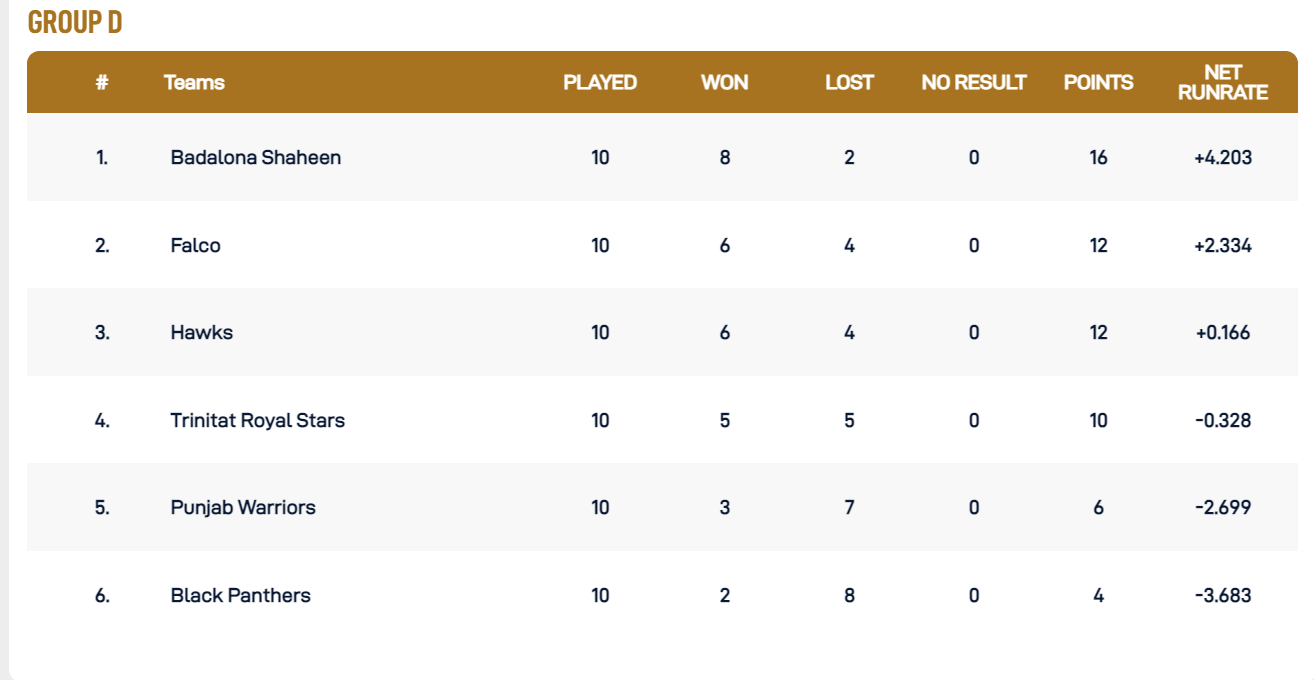