Written by I. Higgins

With forecasters predicting temperatures of 38/39 degrees, it was sure to be a hot one down at Cartama Oval on Sunday for the local derby between The Costa Vikings and Malaga CC, separated only by net run rate at the top of the table.

Vikings Captain Ric Hatchman won the toss and put Malaga into bat, and with some lastminute injury worries he led his 10 and a half men out on to the square to get the game under way.

Malaga opened up the batting with Nadim Mailk and Riaz Butt and the pair got off to a steady start finding the odd boundary and picking up singles, but the experienced pace attack of Paul Edgeller and Kenroy Nestor never really let them find any sort of rhythm and when Kenroy bowled Riaz with a quick in swinging Yorker in the fifth over, Malaga hadn’t really made the most of the power play. 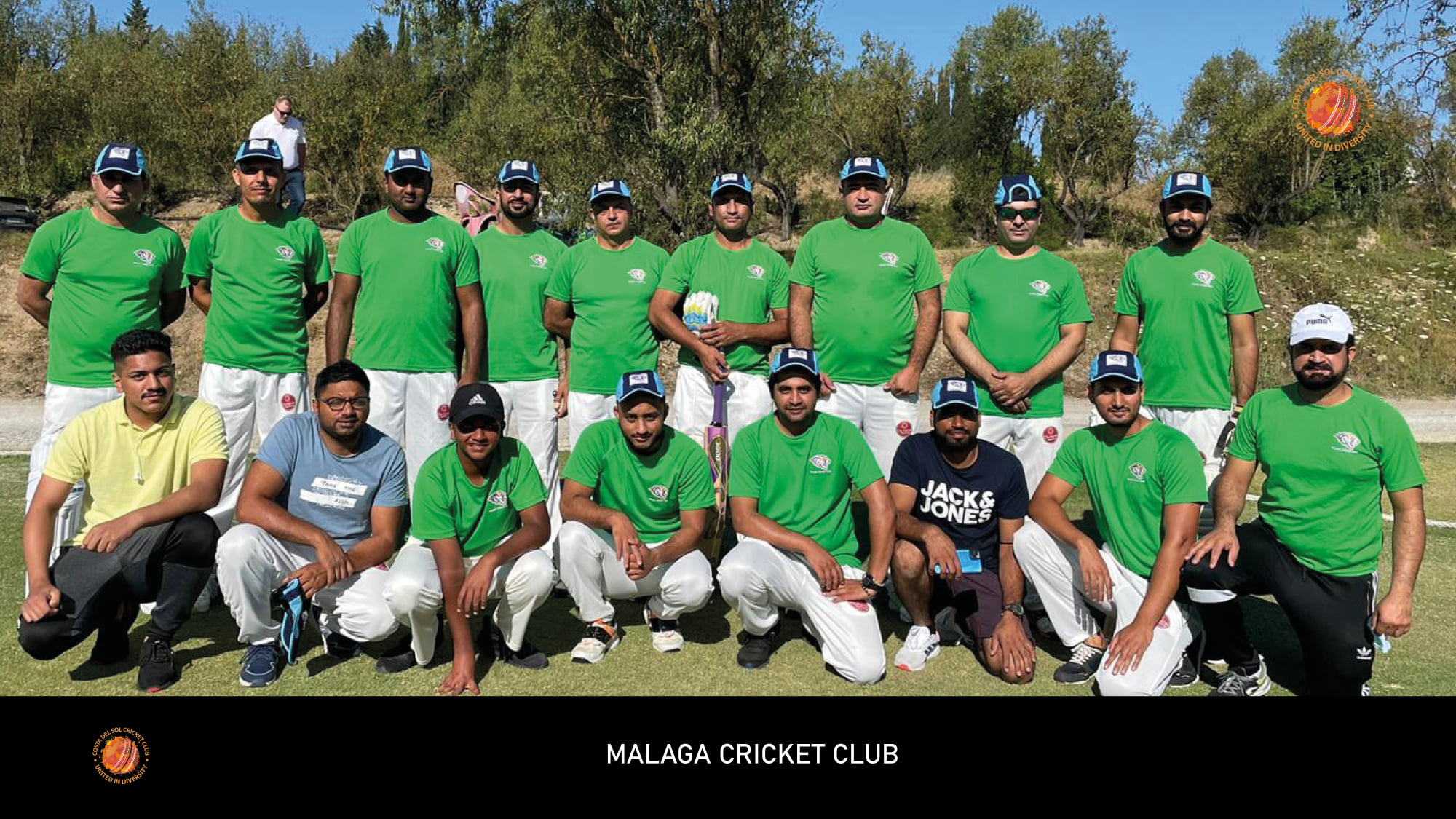 Vikings first change bowlers gave nothing away either, Lorne Burns literally ripping his way through Malaga’s middle order, picking up two wickets in his first over and finishing his spell with 3 – 33 including the wicket of the danger man Afzal , with a diving one hand catch from Paul Edgeller in the slips.

Maanav and Iggy got themselves a wicket each. Maanav tempting Malaga’s captain Asif down the track and Phill Flaxman making no mistake behind the stumps in whipping off the bails.

Nestor and Edgeller came back into the attack for the last few overs to keep things tight and that they did, containing Malaga to 165 for 6 off their 20 overs.

Nadim, Malaga’s only batsman to really trouble the scorers carried his bat to a superb 82 not out from 65 deliveries including 14 fours. 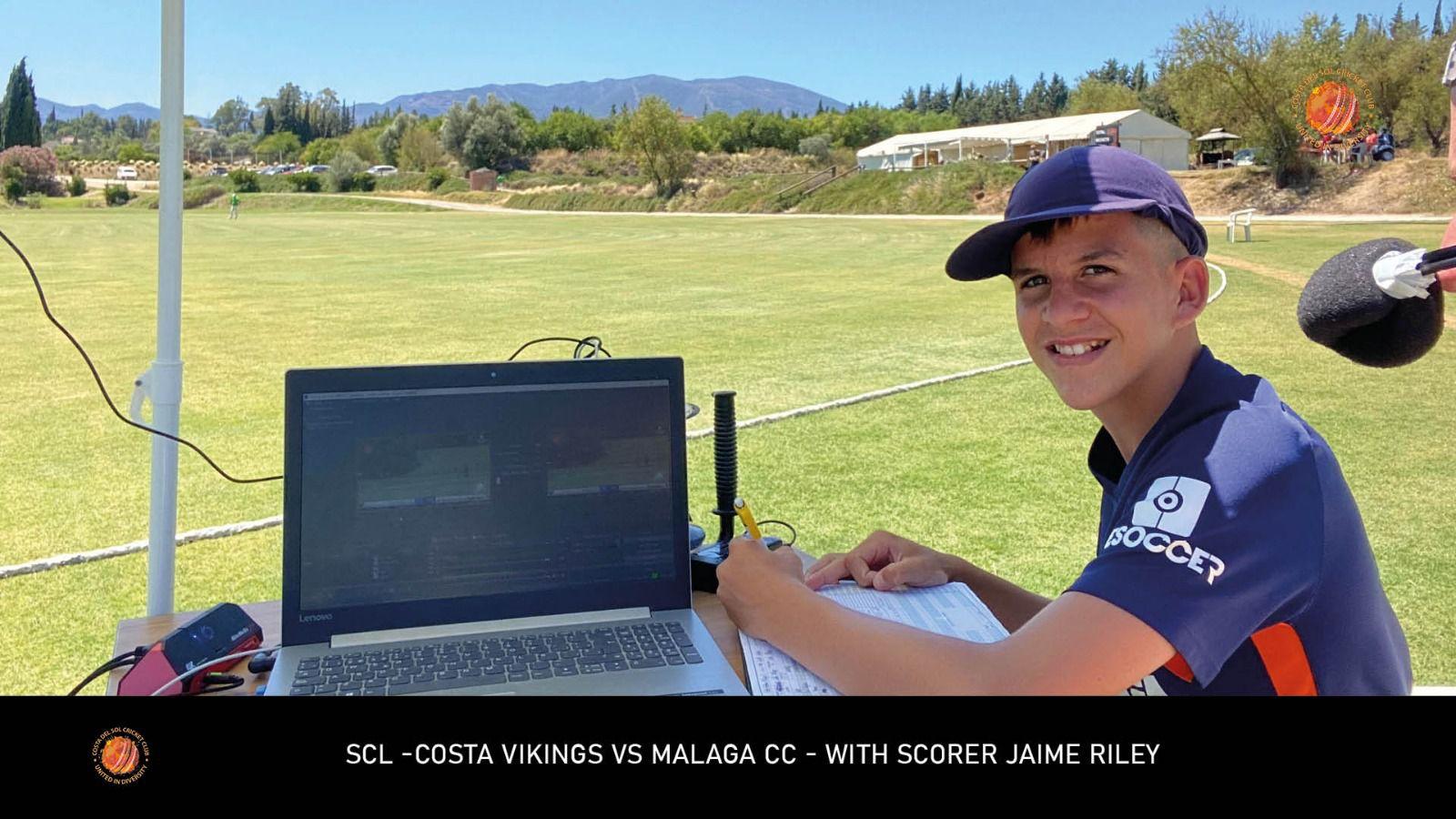 With the asking rate at just over 8 per over Burns and Edgeller set about the task. Malaga picked up the early wicket of Burns with a spectacular catch at midwicket from the specialist fielder, off the bowling of Asif, but not before hitting a quick 15 of 8 balls.

Maanav coming in at no. 3 showed his intent hitting a 4 off his first ball, and with a combination of good running and well-timed shots he and Edgeller wore down Malaga’s fielder’s in the blazing sun , but Malaga couldn’t break the partnership and the pair brought it home for the Vikings in the 16th over.

Edgeller finished on an unbeaten 78 off 49 balls with 11 fours and Maanav hit 56 Not Out off 44 deliveries including 4 fours and massive 6 over mid-wicket, much to the approval of the members sipping their Pimms in the shade. 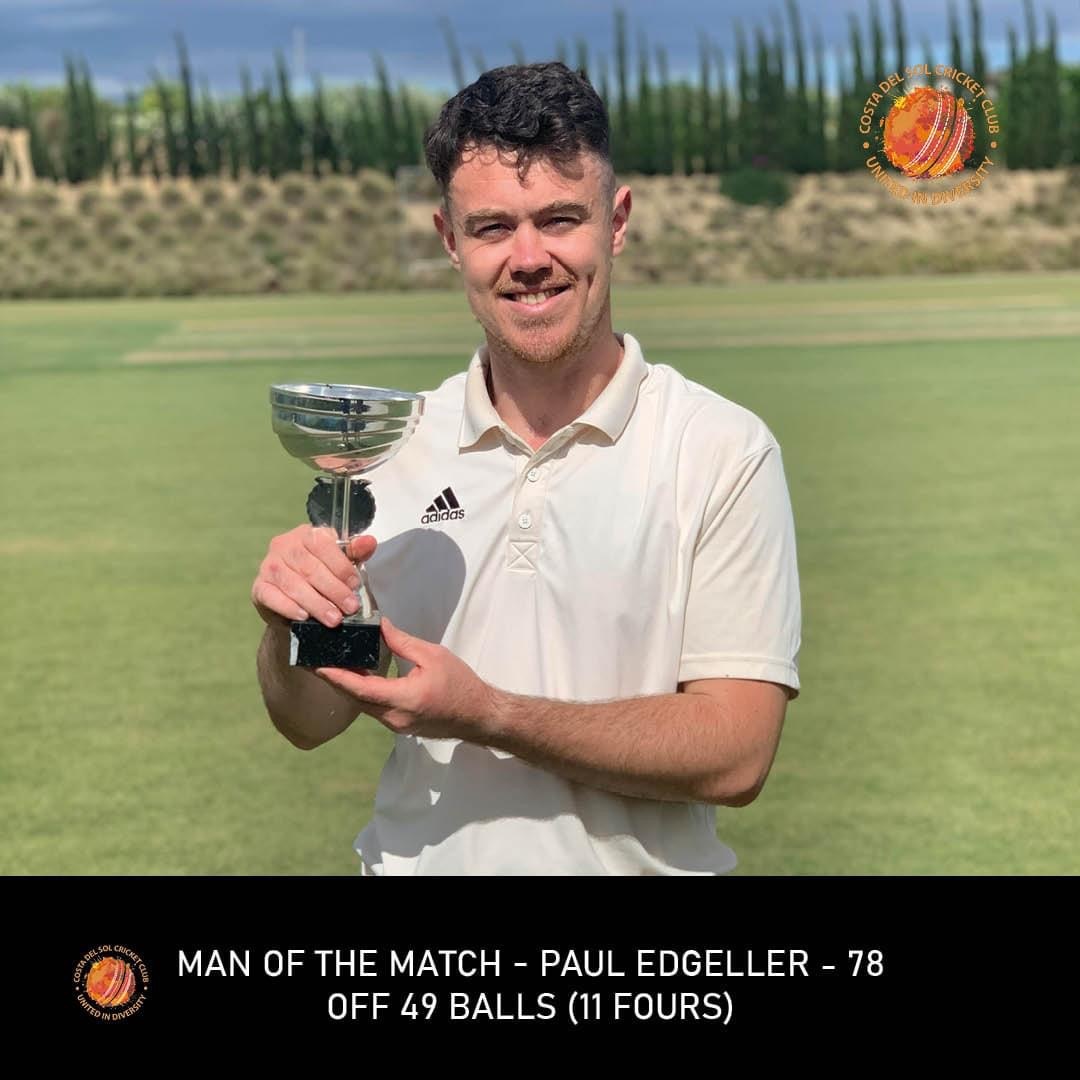 Streaming of the Match