Numerous clubs took part in the first ever T10 Kings of Cataluyna competition recently and it was Vic CC that emerged victorious at the end of the event that ran over two consecutive weekends.

In the first two matches Friends XI  and Pak Montcada took care of Gracia and Barna Royals and then Trinitat Stars and Fateh CC outplayed Youngster CC and Olot Tigers to progress to the next round. In the afternoon session there was wins for Cataluyna CC, Skyways, Vic, and Hira over their respective counterparts XI Stars, Ripoll Warriors, Pakcelona and Sabadell Stars.

The following weekend Minhaj beat Badalona Shaheen in the first round clash of the titans and Falco overcame Lleida Tigers CC. In the next round Minhaj showed why they are the current Spanish T10 champions by well beating Pakcelona, and the Hawks then entered the tournament with a victory over the Cataluyna Tigers. Soon after,  Skyways easily outgunned Pak Montcada, and then Cataluyna CC took care of Hawks CC. Finally, Vic beat Friends XI and Hira CC outlasted Falco CC.

In the quarter finals Hira and Fateh were eliminated by Cataluyna CC and Trinitat, whilst Vic were victorious over Skyways.

Minhaj had already secured their semi final berth but found Trinitat Stars too hot to handle, and then Vic prevailed by six wickets in the other semi final over Cataluyna CC.

In the final itself Trintat batted first and scored 72 for 8 off their ten overs. Shahzad top scored with 15 and last man Zohaib Raza added 12 to give the Stars a fighting chance. Vic however had no problems in chasing down the total surpassing it with the first ball in the fifth over for the loss of just one wicket.

The competition, a new event on the Cataluyna calendar was well received and Vic were deservedly the first name to be inscribed on the trophy provided by the sponsors. 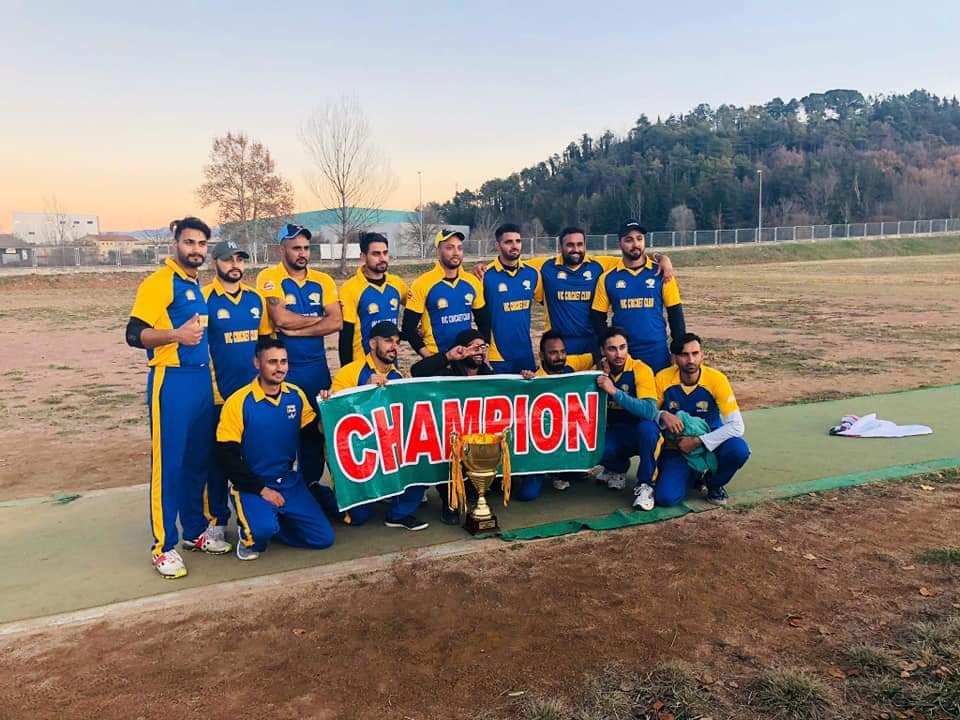