Match Two of the day between the sides was a much closer affair but Sporting Alfas could still surpass the large total set by La Manga/Torrevieja, despite being given a solid start by their two openers in the run chase.

Batting first La Manga notched up a total of 182 for three from their twenty over allocation. Alger fell chaeply this time round, but fellow opener Paul Hennessy punished the Alfas bowlers and struck 84 before losing his wicket late in the innings. Sizeable contributions from Stuart Simkins (22) and Akash Panchal (29 not out) made up the final total.

Alfas started well enough and were looking in good shape at 99 for two after 10 overs. However, a flurry of wickets changed the context of the game and the hosts finished with a final tally of 135 for 7 off their twenty overs. Again Faran Afzal top scored with 44, and as in the first game the wickets were evenly shared among the La Manga bowlers.

Levante travel to La Manga for the next set of T-Twenty matches when the teams will once again play two head to head games at the Murcia resort. 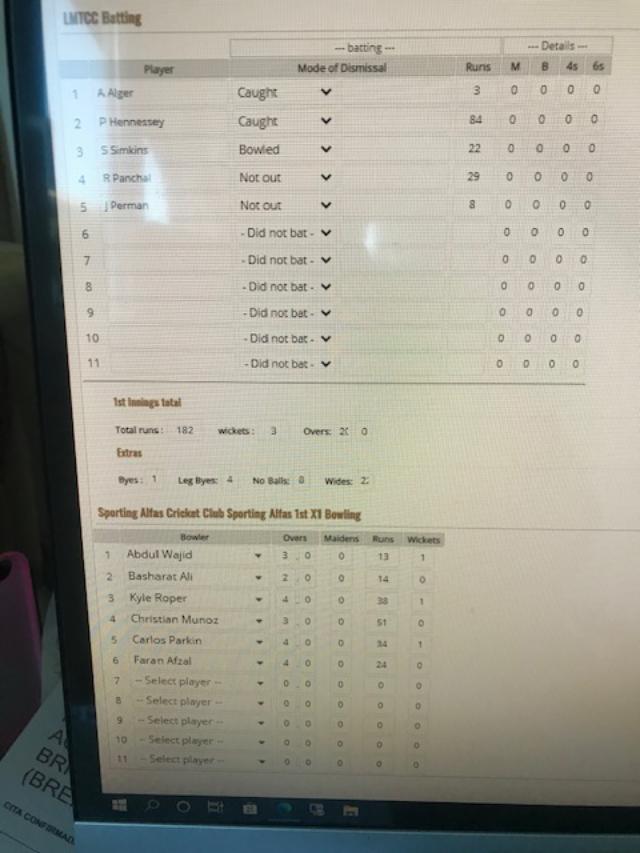 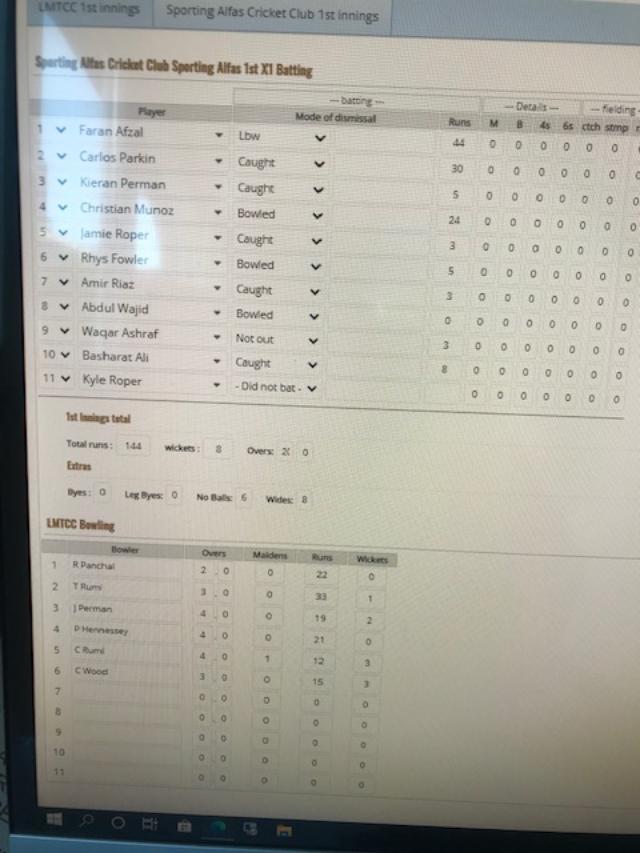