A new competition, the Spanish Regional T10 midweek league will commence in January with five teams from the ECCL in the inaugural competition.

Hosts Sporting Alfas will be joined by Pinatar Pirates, La Manga CC and two teams from Madrid (Madrid CC and Madrid United) and they will play each other once in a round robin format from Monday 20th January to Friday 24th January.

There will be two matches a day at the Woodbridge Oval, starting at 14:00 hours and 16:00 hours respectively.  On Monday 20th Pinatar entertain La Manga in game one and then the Pirates play their second game in succession against Madrid.

The next day Madrid will face Sporting Alfas and La Manga in consecutive games and then on Wednesday Madrid United enter the competition with contests against local rivals Madrid and Pinatar Pirates.

Thursday it is the turn of La Manga to play two games, the first against Alfas then a match up with Madrid United. The final day the hosts take front stage when they compete against Madrid United in game one and against Pinatar in the final game of the round robin series.

Tournament referee for the event will be Ron Graham, who was previously on the ICC European panel, and the three local umpires covering the matches will be David Riley, Gordon Ashford and Vince O´Reilly.

Admission is free and a bar, food and refreshments will be available on all five days of the competition. 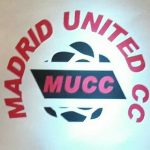 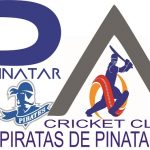